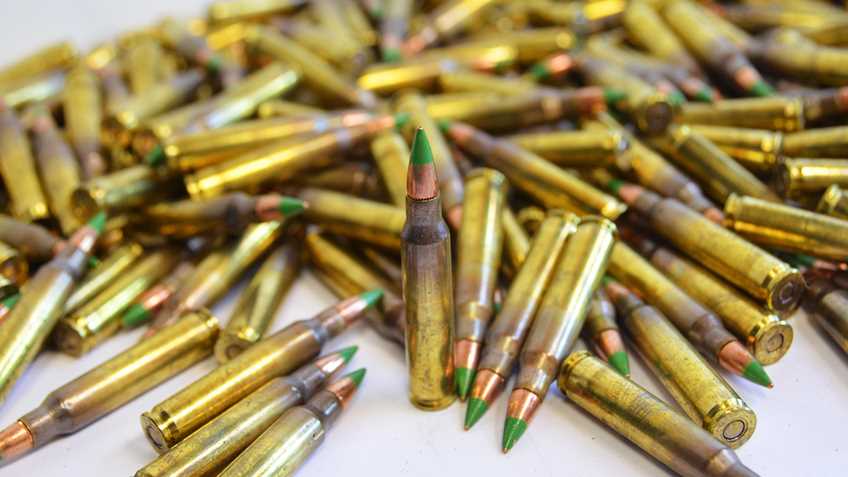 President Obama insisted that if Congress would not enact his gun control agenda, he would do so on his own, through executive action. Whatever else can be said of the president’s track record, he is doing his utmost to keep that promise. Having failed to enact a federal ban on the AR-15, America’s most popular rifle, he’s now using the Bureau of Alcohol, Tobacco, Firearms and Explosives (BATFE) to do the next best thing. BATFE is now proposing to ban a whole class of common rifle ammunition used in that overwhelmingly popular firearm. Unfortunately, that’s just the beginning of BATFE’s latest move.

On Friday, we reported on breaking news that the Bureau of Alcohol, Tobacco, Firearms and Explosives (BATFE) had issued a “framework” for when bullets which would otherwise be classified as “armor piercing” ammunition under federal law qualify for the law’s exemption for projectiles “primarily intended to be used for sporting purposes.”

In an effort to thwart BATFE's attempted action, NRA has worked with U.S. Representative Bob Goodlatte (R-Va.), Chairman of the House Judiciary Committee, to draft a letter to BATFE expressing the lawmakers' opposition to the proposed Framework.

BATFE's framework is the product of an effort that dates back to at least 2012. As we reported in December 2012, BATFE had met with a wide variety of stakeholders, including your NRA, to gather input on this topic. We had expressed concern that BATFE was misreading the law and encouraged interested parties to file comments to help guide the process in a positive direction.

The issue arises from the federal Law Enforcement Officers Protection Act (LEOPA), intended to ban "armor piercing" handgun ammunition ("AP" ammo) to protect police from being shot through their body armor in surprise attacks with handguns. In relevant part, LEOPA bans various sorts of non-lead projectiles (or projectile "cores") that “may be” used in handguns.

As the authors of LEOPA realized, however, most common rifle ammunition created for legitimate purposes can penetrate soft body armor, and some rifle bullets can be loaded into ammunition for handguns. Congress therefore incorporated a “sporting purposes” exemption into the "AP" ammo ban to protect ordinary rifle ammunition from being swept up in the ban. Since LEOPA’s enactment in 1986, that scheme has generally worked as intended.

We saw disturbing signs that was changing last year, however, when BATFE abruptly declared that popular 7N6 rifle ammunition was subject to the AP ammo ban.  At the time, questions arose as to why 7N6 was considered "AP" ammo, when the equally popular M855 rifle cartridge had long been subject to a "sporting purposes" exemption. Many wondered if BATFE would ever explain its approach to determining what projectiles are, in its opinion, "primarily suitable for sporting purposes."

BATFE’s framework now does so. The bottom line is that BATFE has virtually interpreted the "sporting purposes" exemption out of the law. Simply put, this will result in disaster.

The bottom line is that BATFE has virtually interpreted the "sporting purposes" exemption out of the law. Simply put, this will result in disaster.

While the most visible and immediate effect of the framework is BATFE's revocation of the "sporting purposes" exemption for M855 ammunition, its long-term consequences could be even more severe. Once an "AP" projectile designed and intended by the manufacturer to be used in a rifle (for hunting, for example) "may be" shot from any commercially available multi-shot handgun, it could never be exempt under the framework (unless loaded in a .22 caliber rimfire cartridge). Basically, this means the virtual banning of non-lead centerfire rifle bullets, even as gun control activists and states are targeting lead bullets for separate bans. This collision of bans on both lead and non-lead bullets could eventually lead to a drastic reduction in lawfully-available ammunition offerings.

The NRA is continuing its examination of the framework and its implications and will be submitting detailed comments in opposition to it. As before, gun owners and other affected members of the public must act now to ensure BATFE does not get away with this. While emotions are running high in response to this latest attempt by BATFE to undercut the Second Amendment by administrative fiat, submissions should refrain from inappropriate language and calmly explain the framework’s errors. The following are just a few suggested points that can be addressed in comments to the proposed framework. This list is merely a sampling of the many points that could be raised against it.

Comments will only be considered by BATFE if received by March 16, 2015. They may be submitted in any of three ways:

Finally, please contact your U.S. Senators and Member of Congress. Urge them to oppose BATFE's attempt to ban M855 handgun ammunition and other rifle cartridges that are overwhelmingly used by law-abiding Americans for self-defense, sport shooting and other legitimate purposes as "armor piercing." Use the "Write Your Lawmakers" feature on our website or call the Congressional Switchboard at (202) 225-3121. 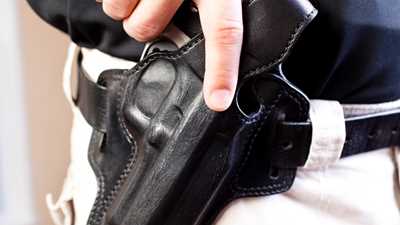