In a move clearly intended by the Obama Administration to suppress the acquisition, ownership and use of AR-15s and other .223 caliber general purpose rifles, the Bureau of Alcohol, Tobacco, Firearms and Explosives unexpectedly announced today that it intends to ban commonplace M855 ball ammunition as “armor piercing ammunition.” The decision continues Obama’s use of his executive authority to impose gun control restrictions and bypass Congress.

It isn’t even the third week of February, and the BATFE has already taken three major executive actions on gun control. First, it was a major change to what activities constitute regulated “manufacturing” of firearms. Next, BATFE reversed a less than year old position on firing a shouldered “pistol.” Now, BATFE has released a “Framework for Determining Whether Certain Projectiles are ‘Primarily Intended for Sporting Purposes’ Within the Meaning of 18 U.S.C. 921(a)(17)(c)”, which would eliminate M855’s exemption to the armor piercing ammunition prohibition and make future exemptions nearly impossible.

By way of background, federal law imposed in 1986 prohibits the manufacture, importation, and sale by licensed manufacturers or importers, but not possession, of “a projectile or projectile core which may be used in a handgun and which is constructed entirely . . . from one or a combination of tungsten alloys, steel, iron, brass, bronze, beryllium copper, or depleted uranium.” Because there are handguns capable of firing M855, it “may be used in a handgun.” It does not, however, have a core made of the metals listed in the law; rather, it has a traditional lead core with a steel tip, and therefore should never have been considered “armor piercing.” Nonetheless, BATFE previously declared M855 to be “armor piercing ammunition,” but granted it an exemption as a projectile “primarily intended to be used for sporting purposes.”

Now, however, BATFE says that it will henceforth grant the “sporting purposes” exception to only two categories of projectiles:

A .22 caliber projectile that otherwise would be classified as armor piercing ammunition under 18 U.S.C. 921(a)(17)(B) will be considered to be “primarily intended to be used for sporting purposes” under section 921(a)(17)(C) if the projectile weighs 40 grains or less AND is loaded into a rimfire cartridge.

Category II: All Other Caliber Projectiles

Except as provided in Category I (.22 caliber rimfire), projectiles that otherwise would be classified as armor piercing ammunition will be presumed to be “primarily intended to be used for sporting purposes” under section 921(a)(17)(C) if the projectile is loaded into a cartridge for which the only handgun that is readily available in the ordinary channels of commercial trade is a single shot handgun. ATF nevertheless retains the discretion to deny any application for a “sporting purposes” exemption if substantial evidence exists that the ammunition is not primarily intended for such purposes.

BATFE is accepting comments until March 16, 2015 on this indefensible attempt to disrupt ammunition for the most popular rifle in America. Check back early next week for a more in-depth analysis of this “framework” and details on how you can submit comments.

ATF will carefully consider all comments, as appropriate, received on or before March 16, 2015, and will give comments received after that date the same consideration if it is practical to do so, but assurance of consideration cannot be given except as to comments received on or before March 16, 2015. ATF will not acknowledge receipt of comments. Submit comments in any of three ways (but do not submit the same comments multiple times or by more than one method): 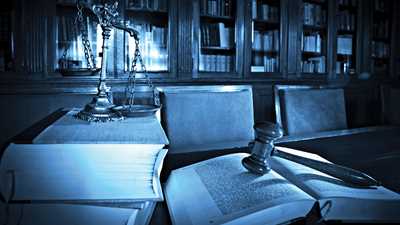