Congress returns from its Easter District Work Period recess next week, and, as reported last week, the gun-ban extremists in D.C. are working feverishly to prepare for an all-out assault on gun shows.

The first city in the country to file a reckless lawsuit against gun makers has now become the first to lose at the state supreme court level.

The U.S. Senate is scheduled to vote this Monday, April 2, on the collaborative effort of U.S. Senators John McCain (R-Ariz.) and Russ Feingold (D-Wis.) to "reform" the laws regulating the financing of political campaigns.

The General Accounting Office (GAO) released a report on Wednesday that anti-gun lawmakers intended for use in supporting attacks on our Right to Keep and Bear Arms.

After coming to grips with the fact that the extremist anti-gun agenda has been steadily losing its appeal with many politicians over the last few years, opponents of our Right to Keep and Bear Arms have been exploring ways to circumvent the legislative process to achieve their goals.

This Sunday, March 4, "Dateline NBC" is scheduled to air "In the Line of Fire"—a story NBC describes as an "in-depth look at guns and young people in the United States." If past is prelude, however, the pro-freedom community should expect the "in-depth look" to be rife with anti-Second Amendment bias. NBC has a long history of exhibiting a clear anti-gun perspective in its news programs—a fact supported by studies from the Media Research Center (MRC)—and we should be prepared for no less this Sunday. We understand the story will close with a debate between U.S. Representative Carolyn McCarthy (D-N.Y.)—an extremely vocal anti-gun extremist—and U.S. Representative Roscoe Bartlett (R-Md.)—a staunch defender of our Right to Keep and Bear Arms. Don`t be surprised if McCarthy begins to sound like a spokesman for HCI, as the Representative is one of the gun-ban lobby`s most ardent supporters. 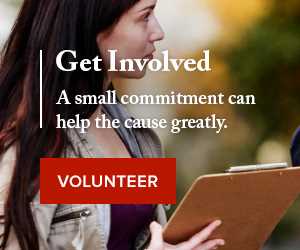