Yesterday, the Denver City Council voted to pass a bill banning custom-made firearms, referred to as “ghost guns.”  The measure now heads to the desk of Denver Mayor Michael Hancock.  Please contact Mayor Hancock and ask him to OPPOSE this “ghost gun” measure.

Last year, Governor Polis signed SB21-256 into law, giving cities and local governments in Colorado the authority to establish their own gun regulations that are more stringent than state law.  Using this authority, the Denver city council has now criminalized custom gun makers and their customers by passing a bill banning “ghost guns.” Repealing the state preemption law gave the anti-gun-controlled city council the opportunity to push their encroachment on the Second Amendment, instead of tackling the real issue of crime.

There is scant evidence that these types of custom firearms are used in crimes in Denver, or any other city in Colorado. Criminals are not interested in costly equipment and the time-consuming and laborious process of manufacturing their own firearms, when they can simply remove serial numbers from firearms to achieve the same purpose.  When asked about whether these types of firearms are a problem, the Denver Chief of Police told the council that they rarely run into “ghost guns.”

The measure makes it unlawful in Denver to create, carry, transport, discharge or sell guns that do not have serial numbers.  Breaking the law could result in forfeiture of the gun, a fine of up to $999, and up to 300 days in jail. The bill will go into effect immediately after Mayor Michael Hancock signs it into law.  Again, please contact Mayor Hancock and ask him to OPPOSE this “ghost gun” measure.

Thank you to our NRA members who contacted their City Council to oppose the “ghost gun” bill.  Stay-tuned to NRA-ILA Alerts for more information and updates on Second Amendment issues in the Centennial State. 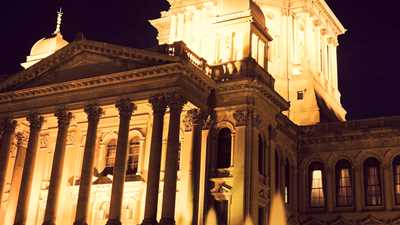