Starting November 1, the process for obtaining a firearm license in the United Kingdom is set to get harder and more invasive. On October 20, the Tory government issued new “statutory guidance” relating to firearm licensing and announced that “No one will be given a firearms license unless the police have reviewed information from a registered doctor setting out whether or not the applicant has any relevant medical history…” Extending beyond a medical veto on firearms licenses, the UK Home Office also announced guidance encouraging law enforcement to delve into an applicant’s social media and financial history when making license determinations.

Under UK law, a subject may not possess, purchase, or acquire a shotgun or rifle without a shotgun or firearm certificate/license. The already onerous application process requires an applicant to divulge sensitive personal information, including medical data and contact information for the applicant’s general practitioner. An applicant must detail their firearm storage arrangements, which are subject to warrantless inspection. The applicant must also provide justification for possessing a shotgun or rifle and two character references.

This attack on gun ownership and medical privacy has been in the works for quite some time. Back in 2015, NRA-ILA informed gun owners of the UK government’s interest in further tracking gun owners’ medical records.

At that time, Her Majesty’s Inspectorate of Constabulary (HMIC) issued a report titled, “Targeting the risk: An inspection of the efficiency and effectiveness of firearms licensing in police forces in England and Wales.” The report lamented that licensing authorities were not sufficiently embedded in the doctor-patient relationship. HMIC demanded the creation of a system whereby General Practitioners (GPs) would be informed of a patient’s status as a gun owner and would be required to report to licensing authorities “any changes to the medical circumstances” of the licensee.

The new Home Office rules go a great deal further, requiring a GP to sign off on a firearm license application. The document states,

When a person applies for a firearm or shotgun certificate or to be registered as a firearms dealer, the applicant will ask their GP, or a suitably qualified GMC-registered doctor, to provide information to the police which will confirm whether or not the applicant is or has been diagnosed or treated for any relevant medical condition which could affect their ability to possess a firearm safely.

Dismissing civil liberties concerns, the Home Office adopted the collectivist view that “Doctors owe a duty of confidentiality to their patients, but they also have a wider duty to protect and promote the health of… the public.”

The new Home Office rules also encourage law enforcement to conduct other invasive checks on applicants. In a move that will further chill speech on Airstrip One, the document calls for licensing authorities to examine “information obtained from open source social media.”

Exhibiting the worst characteristics of the UK’s ugly classism, the Tory rules also call on police to conduct “credit or other financial checks” as part of the firearm licensing process. The Home Office press release accompanying the statutory guidance cited “unmanaged debt” as problematic.

Excited by his group’s new powers, the deputy chair of the British Medical Association GP committee England stated that he was “pleased” and “delighted” by the rules change. The official also noted, “As doctors we support the government’s overall message – that gun ownership is a privilege and not a right…”

The right to keep and bear arms is an extension of the natural right to self-defense and is not dependent upon government for its existence. As a natural right, it is inherent to all people regardless of political interference. A government may infringe upon this right, but it cannot extinguish it.

As is so often the case, this latest UK infringement offers an important lesson for U.S. gun owners. While announcing the new rules, Home Secretary Priti Patel noted, “The UK has some of the toughest firearms laws in world, but we must never become complacent about these high standards.” Once again, gun control supporters have made clear that no amount of gun restrictions will satisfy them - short of total civilian disarmament. 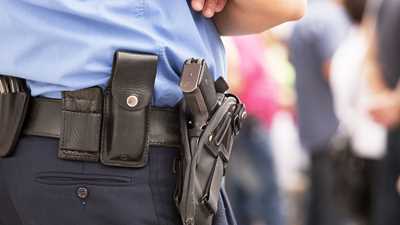