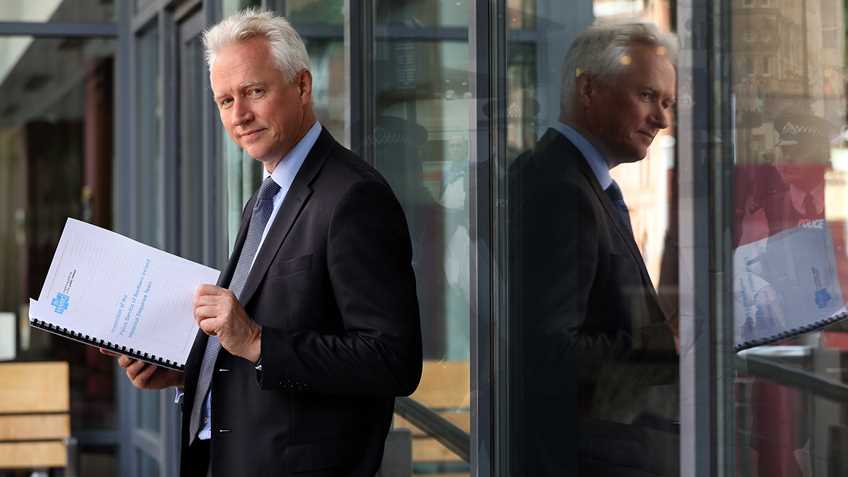 Despite having one of the world’s strictest gun control regimes, the UK’s gun control advocates and their supportive bureaucrats aren’t resting on their laurels. UK’s subjects can rest-assured that their country’s gun controllers will not abate until every last English double shotgun and bolt-action rifle is pried from civilian hands.

The latest action against UK gun owners comes in the form of a report by Her Majesty’s Inspectorate of Constabulary (HMIC). The agency purports that it “independently assesses police forces and policing… in the public interest.” The report, titled, “Targeting the risk: An inspection of the efficiency and effectiveness of firearms licensing in police forces in England and Wales,” takes issue with the implementation of the UK’s current firearm licensing regime at the local level, and recommends that the Home Office adopt more stringent guidance on how the scheme should be carried out by local authorities; to the further detriment of lawful gun owners.

The report’s authors claim that their concern is with “design[ing] better processes, properly supported in law, that allow for uncompromising rigour and consistent application, which enable the public to have confidence that the police are properly carrying out their licensing responsibilities by targeting the risk that possession of any firearm carries.” Noticeably absent from this passage is any real concern for the rights of the UK’s gun owners.

Much like the fear-mongering gun control advocates stateside, HMIC raises the specter of potential future tragedies if their recommendations are not heeded. The report notes, “[w]hat is highly likely is that, if change is not effected, there will be another tragedy.” The government official that led the production of the report, Stephen Otter, added in an accompanying press release, “[l]essons from past tragedies have not always been learnt and this fails the victims of those events, including their families, unacceptably. Unless things change, we run the risk of further tragedies occurring.” UK media outlets were quick to use this assertion for their own sensationalist purposes. Chief Executive of the National Rifle Association of the UK, Andrew Mercer, properly labelled the report “alarmist.”

The report contains several areas of concern to gun owners. For instance, HMIC advocates that police be given more stringent guidance on when it is appropriate to revoke firearm and shotgun certificates for “irresponsible or anti-social” behavior.  Being the UK, one can only wonder how this vague standard would be applied.

According to HMIC, the report’s recommendations “will help forces to adopt a more robust approach than might have been the case previously in order to err on the side of public safety.” This is a polite way of saying that the guidance sought will likely increase the range of behaviors deemed worthy to justify revocation, diminish what little remaining deference the rights of certificate-holders might have enjoyed, and give greater deference to “err,” as in make mistakes, “on the side of public safety.”

The report also suggests further embedding the licensing authorities into the doctor-patient relationship. The UK’s Form 201 application for a firearm or shotgun certificate already asks the applicant to provide personal medical information along with the name, address, and telephone number of their general practitioner (GP). Applicants are also asked to sign a waiver giving the police permission to contact their doctor and acknowledging that the GP “may share sensitive personal data with the police concerning my physical & mental health.”

HMIC laments that “GPs are not obliged to respond to any police request for information about a potential firearms certificate holder. Nor is there any obligation on the GP to note the fact that his or her patient is a firearm certificate holder which may prompt notification of any medical condition that subsequently arises.” HMIC recommends, “[a]t the very least the system should not allow licensing to take place without a current medical report from the applicant's GP, supported by a process whereby GPs are required, during the currency of a certificate, to notify the police of any changes to the medical circumstances (including mental health) of the certificate holder.” According to the report’s authors, a system where your doctor is not ordered to perpetually scrutinize your suitability for firearm ownership is “not acceptable.”

Even though the report makes clear that all local authorities surveyed do conduct home inspections for new certificate applicants, HMIC noted concerns about the thoroughness of inspections made upon an applicant’s initial application or renewal. The report states, “[s]ome reported that the police undertook a thorough examination of the site where the firearm was to be housed, which involved shaking cabinets to see if they were robust and if they could be forcibly removed from the wall to which they were secured; others reported that the physical checks were more cursory.” Seemingly in favor of police manhandling the private property of certificate applicants, HMIC recommends that the Home Office give specific guidance as to “how [the visits] should be conducted.”

Of further concern to HMIC is that police are not adequately exercising their power to conduct surprise home inspections. In the report, HMIC complains that with unannounced home visits, “[i]t would appear… that the police require the consent of the householder to enter the premises, even where they have intelligence that there may be a concern about the security of a firearm. The absence of a specific legal right of entry means that the police may not be able to carry out their responsibilities on every occasion that they attempt an unannounced visit, if the householder refuses entry.”

The report goes on to state that “[t]his potential impasse is not in the best interests of the public,” and recommends, “[i]t should be made explicit that the police are required to undertake an unannounced visit where they have the required intelligence that justifies such a course of action. Where this is the case, the police should have a right of access to the firearm, ammunition and the site where they are stored.” This proposal to grant police broad authority to conduct home searches without a warrant should trouble all privacy and civil liberties advocates, regardless of their position on firearm ownership.

It is yet unclear the extent to which the Home Office will adopt the recommendations set out in the HMIC report. However, aside from evoking sympathy on behalf of the UK’s gun-owning subjects, this episode should serve as yet another stark warning to American gun owners. No matter how stringent a firearm registration and licensing scheme may be, or how many types of firearms a government may ban, anti-gun zealots will always find reason to impose ever more increasing levels of restrictions. The truth is, as long as some citizens have access to firearms, gun control advocates will remain devoted to stripping what’s left of a population’s gun rights from the remaining few enjoying them.