A new firearm policy from the United Kingdom Home Office, put in force on October 15, has accelerated the once-proud nation's devolution into a police state.  The Home Office's October 2014 "Guide on Firearms Licensing Law" adds a new rule allowing for police to conduct warrantless surprise inspections of a gun owner's firearm storage practices.  As bad as that is, what's far worse is that the President of the United States cites England's gun control policies as a model for America to follow.

Prior to the new rule, UK gun owners were already subject to arranged home visits by government agents to inspect their firearm storage arrangements.  However, the new rule states: 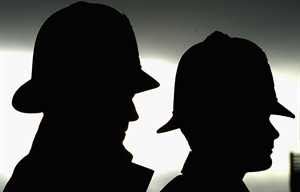 Unannounced Home Visits
19.11.  Where it is judged necessary, based on specific intelligence in light of a particular threat, or risk of harm, the police may undertake an unannounced home visit to check the security of a certificate holder's firearms and shotguns.  It is not expected that the police will undertake an unannounced home visit at an unsocial hour unless there is a justified and specific requirement to do so on the grounds of crime prevention or public safety concerns and the police judge that this action is both justified and proportionate.

If you figure the phrases "based on specific intelligence in light of a particular threat" or "clear and reasoned explanation" will prevent unjustified police action, think again.  A recent press release from the Association of Chief Police Officers (ACPO), a nongovernmental police organization, sheds light on how law enforcement agents intend to interpret the rule.

Titled, "Police ask firearms owners:  How secure are your guns?" the release reads like something put out by George Orwell's Ministry of Love, as it intends to enlist collaborators willing to inform on their gun-owning fellow subjects.  Crime Prevention Minister Norman Baker is quoted in it as stating, "The UK has some of the toughest gun laws in the world and I am determined to keep it that way… I would encourage the pubic to report any concerns they have about firearms licence holders to the new, dedicated Crimestoppers helpline."  Chief Constable Andy Marsh of Hampshire Constabulary shared a similar sentiment, but also sought to exploit the public's fear of terrorist attack, noting, "If you are concerned that guns are being kept insecurely or notice signs that shooters may be vulnerable to criminal or terrorist groups or have shown sympathy towards extremist acts, please report it."

With law enforcement officials using language like this, one can easily imagine how a neighborly feud or one person's political, racial, or religious prejudice could degenerate into unwarranted persecution of a lawful firearm owner.

The new guidelines, along with ACPO's press release, are a chilling reminder of what can happen to a citizenry who fails to insist on their basic rights.  In the U.S., our Second Amendment protection of the right to keep and bear arms, along with our Fourth Amendment protection against unreasonable searches and seizures, are designed prevent such onerous invasions of privacy.  Ironically, we have the British monarchy to thank for that.  But such protections mean little in a society -- like the one Great Britain is rapidly becoming -- where even lawful gun ownership is inherently suspect.

Americans should view the UK's ever-expanding gun control efforts with grave concern.  Barack Obama has repeatedly touted the UK's gun laws as an example for the U.S.  Exploiting the 2013 shooting at the Washington Navy Yard, he proclaimed, "In the United Kingdom, in Australia, when just a single mass shooting occurred in those countries… They endured great heartbreak, but they also mobilized and they changed."

Obviously, this latest rule was not in force when Barack Obama made those comments commending UK gun control.  Whether these developments will change his mind on the superiority of Britain's approach to gun policy remains to be seen (we have our doubts).  In the meantime, consider that wherever "reasonable gun safety regulations" may begin, we already know where they are headed.  For UK residents, warrantless home "inspections" by government agents, based on flimsy tips to a dedicated line for accusations against licensed and presumptively lawful guns owners, is merely the latest step in an ongoing march to civilian disarmament.