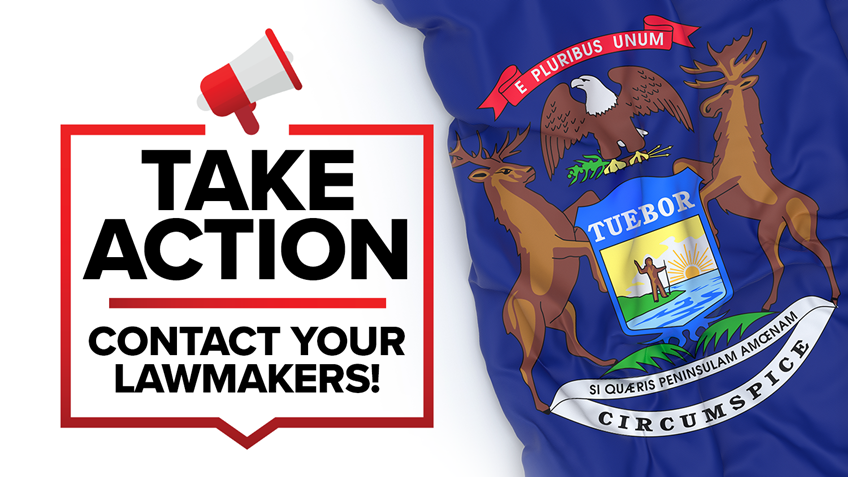 On October 28th, the House Government Oversight Committee will hear House Bills 5187 and 5188, to ensure that Second Amendment rights remain protected during a state of emergency. Please contact your state representative and ask them to SUPPORT HB 5187 and HB 5188.

House Bill 5187 and House Bill 5188 prohibit the state government from restricting the lawful carrying of firearms and ammunition, seizing firearms or ammunition, restricting firearm businesses and shooting ranges, and restricting hunting and fishing activities during a declared state of emergency or as an emergency response to an epidemic. Further, the legislation provides legal recourse for people who experience unjust infringements.

During the state of emergency last year for COVID-19, Governor Gretchen Whitmer issued an executive order for all nonessential businesses and activities to cease, which purposefully referenced an outdated list of such industries, rather than the most updated federal guidelines that designated firearm and ammunition retailers as essential. In addition, many anti-gun officials around the country, at both state and local levels of government, took the opportunity to unilaterally suspend Second Amendment rights by actively shutting down gun stores and ranges. HB 5187 and HB 5188 protect the exercise of a constitutional right from such politically motivated attacks and ensure that citizens have those rights when they need them most.

Again, please contact your state representative and ask them to SUPPORT HB 5187 and HB 5188.