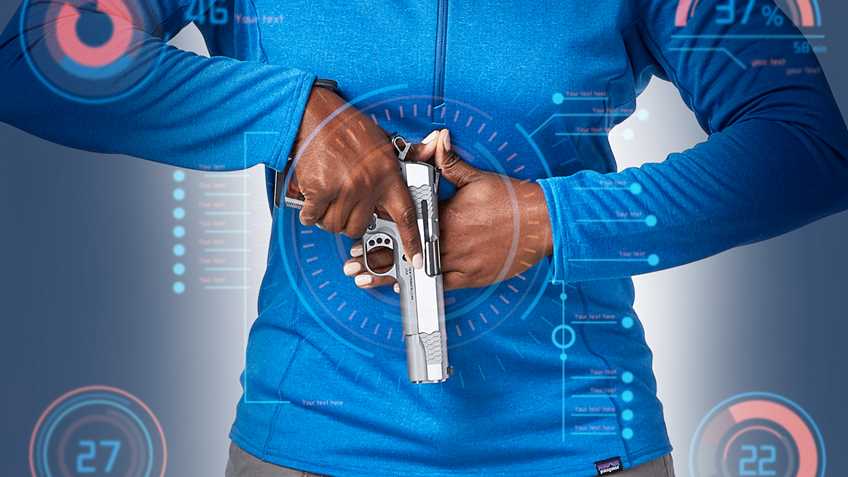 Readers are likely aware of, if not familiar with “The View.” Sherri Shepherd is an actress and former co-host of “The View” who recently returned for a guest spot. Self-professed “big gun control person” Joy Behar set up a segment on the rise in gun ownership among black women, queuing up Shepherd to reveal that she is among the large number of black female new gun owners.

Shepherd shared with the audience that she, like millions of other Americans, recently became a first-time gun buyer. Shepherd said:

“During the quarantine, I felt really helpless, Joy, and we’re talking about depression, I felt [my son] Jeffrey would look at me like he was so scared. I get these little alerts in my neighborhood app about there’s going to be a march through the neighborhood and I started feeling like, ‘how am I supposed to protect my son if something happens?'”

Shepherd took steps to lawfully acquire, be trained, and familiarize herself with her firearm. She practices regularly. She did – and presumably does – everything as prescribed.

Hostin admitted that she knew many black women who had acquired firearms recently but quickly pivoted to the supposed inherent risks of firearm ownership. She claimed having a firearm in the home increases the risk of homicide and suicide but offered no references. The research that supports such claims is based on a flawed methodology to support a predetermined outcome. We’ve covered some examples here and here.

Hostin claimed she knows “the statistics” and referenced going to crime scenes as a federal prosecutor. Vaguely referencing advocacy masked as research does not afford anyone special insight into firearm ownership, nor does witnessing the aftermath of criminal actions.

After all, we know with certainty that criminals do not lawfully acquire the firearms they use in crimes. Hostin was a former federal prosecutor who won an award for prosecution of child sexual predators and child sex abuse. Her experience at crime scenes is very unlikely to be relevant to the lawful gun ownership exemplified by Sherri Shepherd – or a hundred million other law-abiding American gun owners.

Hostin concluded her soap box sermon with “"I still believe that in this country our readiness to sort of allow arms to be purchased at will and fired at will has led to violence and hatred becoming a really popular pastime.”

A former federal prosecutor should really know the difference between criminal and lawful actions. A former federal prosecutor should also know that federal law requires retailers to conduct a background check before all firearms purchases, and that the background check requirement as well as the prohibiting factors were codified in the 1968 Gun Control Act.

But that’s the game, right? Try to drum up some in-group credibility by claiming you or your friends own guns, and then blur the lines between lawful gun ownership and criminal behavior. Just like the drivel presented as “statistics,” this is a worn-out trope.

Shepherd tried to explain to her fellow panelists on “The View” and the audience that she found arming herself to be empowering. It seems that all Shepherd wants is a chance to keep her son and herself safe. “If something happens, I can protect my child.”

That’s what the 2nd Amendment provides: a chance.

Sherri Shepherd is just one of hundreds of thousands of black women who became first-time gun owners. The year 2020 may be over, but interest in firearms has not passed. The National Shooting Sports Foundation estimates that 3.2 million people purchased a firearm for the first time in the first half of 2021. More than 90% of licensed firearms retailers reported an increase in black female customers in this time frame – along with sizeable increases in every other demographic group.

That’s a lot of people who, just like Sherri Shepherd, just want a chance to protect their loved ones.

There is nothing irresponsible or unlawful about that.

IN THIS ARTICLE
Women
TRENDING NOW 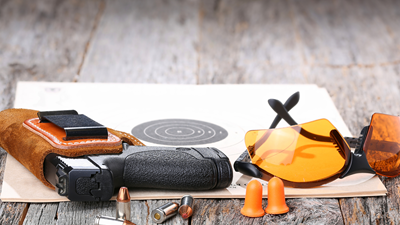 Harvard Researcher: About Half of New Gun Owners are Women
Noticeable Spike Reported in Interest from Women Who Want to Learn About Guns
Why I Learned to Use a Gun at a Mature Age and Now Carry One
Armed with Pastel Handles and Pink Holsters, Women are Storming Into Gun Sales