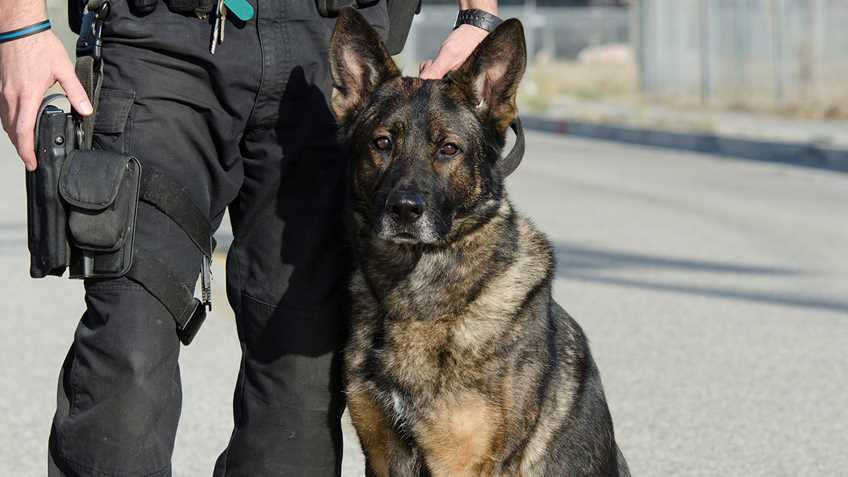 For quite some time, law enforcement has utilized the extremely sensitive sense of smell dogs possess to help with their work detecting illicit, and often quite dangerous, items. Most people are familiar with the concept of drug-sniffing dogs, which have been utilized to try to diminish the flow of illegal drugs across our border and in our neighborhoods.

Explosive-sniffing dogs have been trained and employed to detect devices intended to kill, maim, and otherwise create havoc. These K-9s have been used in our homeland, as well as on far-flung battlefields to protect our troops.

The premise behind these particular examples is pretty easy to comprehend, as it is not hard to imagine being able to train dogs to detect the fairly unique scent-signatures of certain narcotics or particular materials used for making bombs. In the case of bombs, while many of the components may be fairly common, generally innocuous items, it is presumed the dogs are trained to signal when they come across an odor that is linked to the actual explosive, which may not be so common.

Then, of course, there are rescue dogs trained to find missing people, those used to track fugitives, and cadaver dogs, used to find dead bodies. Each individual person gives off a unique scent, so using the highly sensitive sniffer of a dog makes perfect sense for locating those that need to be located. And the scent of a dead person would, of course, stand out in most environments to dogs and their exceptionally strong sense of smell

But in Santa Barbara County, in California, a local news station reports the Sheriff’s Office seems to imply it now has a dog that can detect certain specific types of firearms; so-called “ghost guns.”

This unique dog is named Zeke, and his handler, Deputy Shane Moore, claims, “Zeke is trained to alert on what we call polymer 80’s which is the grip part of the handgun, he’s also trained to alert on the steel, the slides, and the ammunition we use for firearms.”

Now, most people who are actually familiar with firearms might be scratching their heads over this interesting claim. They know that there is nothing truly unique about the materials that are generally used to manufacture firearms.

What Deputy Moore calls “polymer 80’s,” presumably referring to materials commonly used in the grip of a handgun, most people just call plastic. There is an entire universe of different kinds of plastic, and gun manufacturers use any number of different kinds for their grip material.

As for what Deputy Moore refers to as “the steel” and “the slides,” again, the materials commonly used are not unique. Steel, and other metals used in the composition of firearms, varies widely in its actual makeup. Certain ingredients can be added or deleted; the metal can be treated with various heat applications; it can be molded, forged, stamped, etc. Just watch an episode of Forged in Fire, where competitors construct bladed weapons out of raw materials and repurposed metal items (sometimes even using old gun parts) and you will get the idea.

Ultimately, though, metal is metal, and the same metal that is used in a firearm can be used in any other item that requires the same strength, flexibility, rigidity, appearance, resistance to rust, or any other sought characteristic of that particular metal.

The only relatively unique aspect of a firearm that might lead to a trained dog to detect it over another item made of the same materials is the ammunition. And that, of course, would only apply if the gun is loaded, or had been recently; especially if that gun having been recently loaded also included it having recently been discharged.

So, why is Zeke considered newsworthy?

Most likely, it is to promote a relatively new anti-gun message.

While anti-gun extremism has mostly stuck to the same script for several decades, one new wrinkle has developed in recent years. The gun ban community has determined that those who lawfully make or modify their own firearms, personalized for their specific needs, now need to be subject to government regulation. This view ignores the fact that law-abiding citizens making and tinkering with their own firearms is a tradition that predates the founding of our great nation.

Nonetheless, the demand for new regulations has come from all corners of the anti-gun community, including from President Joe Biden.

Biden doesn’t just want to regulate kits with all the parts necessary to make a firearm, or make lawful modifications. Through executive action, he wants to empower federal regulators to unilaterally define and redefine what a “firearm” is under the law, altering the definition whenever they consider it necessary to expand their authority.

Americans have a constitutionally protected right to own firearms, and that includes making them for their own use. It also includes modifying existing firearms to suit an individual’s particular needs, as long as it doesn’t violate any existing laws or regulations. But if Biden and other anti-gun extremists have their way, they could create a new regulatory scheme that is intended to put an end to this long-practiced tradition. As an added enhancement to the gun-ban agenda, this scheme would likely allow for bureaucrats to create untold problems for all lawful gun manufacturers.

And now we have a cute story using man’s best friend to grossly mislead the general public about this issue?

We have no doubt Zeke is a great dog, and certainly capable of sniffing out items he is trained to detect. But implying Zeke can differentiate between a homemade firearm and one sold from a gun store is a huge stretch.

The story states that the difference between these classes of firearms is not what is in the guns, but “what’s left out.” Specifically, they are referring to a serial number; something included with every completed firearm, but not required by federal law on firearms that individuals manufacture for their personal use.

Are we to presume that Zeke knows the difference?

Well, the local news did a “test” of Zeke’s abilities to determine “how quickly can Zeke find one of these weapons.” The story is clearly designed to give the impression that “one of these weapons” is one that was personally manufactured.

The “test” seems to have involved hiding a gun in some bushes in a park, which Zeke located “in under a minute.” Now, that’s great, but finding a manmade, metal object “hidden” in a clump of organic material should be pretty easy for most dogs, even those not specifically trained to find guns. As previously mentioned, most people understand dogs have an excellent sense of smell, so it would only be natural for one to gravitate towards the smell of something manmade when everything else around it is nature.

The reality is that if Zeke is going to be effective at sniffing out firearms, and only firearms, he is likely to be trained to key on the distinct odors of ammunition. We certainly don’t see how it is even remotely possible for him to tell the difference between a firearm with a serial number and one that was built at home, and not required by federal law to have a serial number.

Of course, if ammunition is the key ingredient to Zeke’s prowess, we also wonder how he is not in a constant state of alert, being that he is a police dog, and police tend to carry loaded firearms. Dogs that detect illegal drugs, or those that detect explosives, don’t likely have the same problem, as the people who handle them are not regularly carrying the things they are trained to detect on their hip, or in their vehicle.

Dogs trained to find specific people are often given something recently worn by that person, so that the dog can search for the same scent. And as for cadaver dogs, one would hope they are not constantly surrounded by that odor.

So, maybe there’s something truly special about Zeke. While improbable, maybe he does have some extra perception that allows him to detect when something is actually missing, like a serial number, rather than what most dogs do and detect when something is present that is out of the ordinary. Perhaps running some tests a little more thorough than just chucking a gun into a bush would be warranted.

Then again, that wouldn’t do much to promote the agenda of cracking down on law-abiding citizens who want to make or modify their own firearms at home. Really, that’s what this “news” piece seems to be all about. 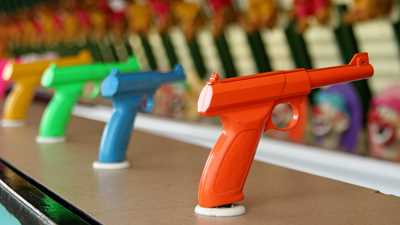