Leave it to New York City to once again remind us why we cannot trust anti-gun public officials to be the gatekeepers for our preexisting right – not state-granted privilege – to keep and bear arms.

At first blush, firearm licensing laws may seem to some like a reasonable safeguard to ensure new gun owners have a baseline of vetting and familiarization before they take home their first firearm.

This would assume, however, an ideal world where the system was administered fairly, affordably, efficiently, and in good faith.

That ideal world does not exist. The reality is that most of the places where licensing is required for firearm possession use the system first and foremost to actively discourage people from owning guns at all with burdensome bureaucracy, fees, and waiting periods.

But for places like New York City, even this inherent chilling effect is not enough. According to a recent article in the New York Post, the New York Police Department (NYPD) License Division appears to be simply letting new firearm permit applications languish with little or no action and little or no way for the applicants to know where they stand in the process. And this is occurring during a period of soaring violent crime in the city and a correspondingly high volume of permit applications.

Before discussing the Post’s findings, it’s worth revisiting the huge hurdles every would-be gun owner faces in lawfully obtaining a firearm in the Big Apple.

First of all, the applicant must apply online. Not only does this obviously require a computer and Internet connection, it requires equipment like scanners, copiers, and printers (for supporting documentation) that are rare even in many computer-owning households.

The documentation required for an application may be intrusive and voluminous, depending on the person’s circumstances. Some supporting documents must additionally be notarized.

Applicants will be expected to provide photographs, birth certificate, any military discharge papers, proof of city residence, and documents related to any arrests or convictions (including for cases that were dismissed, nullified, or sealed). Every applicant must also be prepared to present an original Social Security card during an in-person appearance; bank deposit slips and tax returns may also be required. The application additionally mandates extensive disclosures about medical and mental health treatment, as well as full contact information for any and all providers.

Every handgun application requires a $340 fee ($140 for a rifle or shotgun), in addition to $88.25 for the mandatory fingerprint cards that must accompany the application.  Cash and checks are not accepted, only credit card payments or money orders (which of course require additional fees and special trips). Additional fees are required upon renewal.

Once the application and all required forms are uploaded, the License Division will schedule a mandatory interview for all handgun applicants, with long gun applicants having to appear at the Division’s discretion. Normal processing time is at least six months and often considerably longer.

The process is so complicated that it’s not uncommon for applicants to hire lawyers or other professionals to help them negotiate all the bureaucracy. The regime has also led to corruption scandals, with “facilitators” bribing licensing officials to grant or expedite the processing of permits.

All this is just the normal state of affairs.

Lately, the NYPD License Division has further restricted the availability of the in-person portions of the process, ostensibly because of precautions relating to the novel coronavirus.

It’s a tribute to Americans’ embrace of the Second Amendment (and the corresponding diminution of that right by New York courts) that every year thousands of New Yorkers tackle this arduous process simply to possess a firearm lawfully within the home.

But last year interest in gun ownership spiked in New York City. From March 22 to late Dec. of 2020, according to the Post, applications for first-time firearm permits surged to 8,088, more than a three-fold increase over the 2,562 applications submitted during the same period in 2019.

Coinciding with the increase, the Post reports, was a 98% increase in shootings and a 39% increase in murders within New York City.

Nevertheless, the Post additionally reports that application approvals dropped from 70% in 2019 to less than 14% during the same period of 2020.

The decrease in approvals apparently does not reflect outright denials of prohibited applicants but simply inaction on the processing of applications across the board.

According to one city gun dealer quoted by the Post, “They just stopped doing the investigations and the processing.” Another dealer told the Post, “I’ve never seen it this bad.”

A source within the NYPD said the License Division did not have adequate staffing to process the applications, a factor the source blamed in part on official antipathy toward New Yorkers exercising their Second Amendment rights. “The politicians are generally against giving licenses, to begin with, so it’s not a priority,” the person said.

In a follow-up article, an NYPD source noted that the same civil unrest that had helped fuel the demand for lawfully-owned guns ironically had caused the department to shift officers away from the processing of permits and to other tasks during the protests and riots that marred the city in 2020.  ”Many cops in police headquarters, including the License Division, were put in uniform to police those protests,” the source said.

Meanwhile, a city resident who had applied for a permit in July 2020 told the Post in December that emails he’d sent since then to check on its status had simply “bounce[d] back” with no answer.

Whatever the true cause[s] of the delay, the takeaway is inescapable: New York City’s firearm licensing laws have blocked city residents from obtaining guns precisely when more and more residents are deciding they want one. And a right to protection that evaporates when most needed is no right at all.

IN THIS ARTICLE
New York licensing and registration
TRENDING NOW 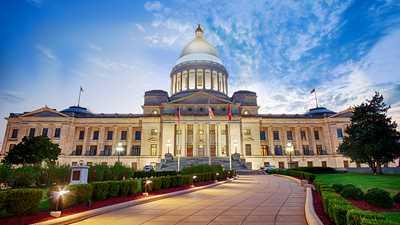