Stop us if you’ve heard this one before: Anti-gun jurisdiction maintains a restrictive may-issue firearm licensing scheme. Scheme results in alleged bribes for licenses scandal.

On November 23, the Santa Clara County, Calif. District Attorney announced that a grand jury had indicted a county undersheriff and sheriff’s captain for “requesting bribes for concealed firearms (CCW) licenses.” A pair of individuals were also indicted for offering bribes to receive licenses to carry. The story received worldwide attention when one of those accused with offering a bribe was revealed to be Apple’s chief security officer.

Under California Penal Code §§ 26150 and 26155, local law enforcement officials are tasked with reviewing applications for licenses to carry concealed weapons. This includes determining that there is proof “[g]ood cause exists for issuance of the license.”

The “good cause” standard is subjective and in practice grants the chief law enforcement officer the authority to deny any application. In the more anti-gun jurisdictions of California, this means that licenses to carry are may-issue and difficult to obtain. In more Second Amendment-friendly portions of the state, sheriffs have adopted the position that the right to self-defense is “good cause.” In these jurisdictions, the licensing regime is more akin to shall-issue.

California’s license to carry regime has been the subject of intense Second Amendment litigation, most notably in the NRA-backed case of Peruta v. County of San Diego. In 2016, an en banc panel of the U.S. Court of Appeals for the Ninth Circuit upheld the “good cause” requirement. The court concluded,

As one might expect, it is near impossible to obtain a license to carry in Santa Clara County. Those interested in a fuller picture of the onerous application process are encouraged to read a lengthy 2019 account of the ordeal posted to Medium.com by an intrepid applicant.

According to the indictments and the DA’s press release, the undersheriff extracted a promise of $6,000 worth of “luxury suite tickets to a San Jose Sharks hockey game” from a local businessman in exchange for a carry license. In regards to Apple, it is alleged that the undersheriff and sheriff’s captain extracted a promise of $70,000 worth of iPads for the sheriff’s office from Apple’s chief security officer in exchange for four licenses to carry for Apple employees.

The unfolding events in Santa Clara County are strikingly similar to a 2016 corruption scandal in the New York Police Department’s License Division.

On April 18, 2016, federal authorities filed a complaint with the U.S. District Court for the Southern District of New York describing an alleged firearm license-purchasing scheme carried out by Alex “Shaya” Lichtenstein for several years with the help of members of the NYPD License Division. According to the complaint, Lichtenstein would charge individuals seeking a handgun license up to $18,000 for his assistance in shepherding their application through the NYPD bureaucracy. Allegedly, Lichtenstein would then provide the License Division supervisor and another division official with cash bribes for their assistance. On March 16, 2017, Lichtenstein was sentenced to 32 months in prison for his part in the scheme.

New York City has an incredibly onerous handgun licensing scheme. Under their may-issue regime, law enforcement is granted wide discretion to grant or deny a license. Applicants can be denied for something as simple as “a poor driving history,” or as vague as any “other good cause.”

This isn’t even the first time the Santa Clara County Sheriff’s Office has faced allegations of impropriety in the issuance of licenses to carry. In 2011, the Mercury News investigated the sheriff’s office’s licensing practices. A December 10, 2011 Mercury News article stated,

The list of 49 “civilian” permit holders released to this newspaper includes 13 people who donated to [the Santa Clara County Sheriff’s] campaigns over the years, either personally or through companies connected to them. Also on the list are people whose permits have continually been renewed, even though the original reason for getting the permit appears to no longer apply.

Official corruption in the issuance of gun licenses is detestable, but merely a symptom of the underlying problem. Until state legislatures abandon the outmoded practice of discretionary firearms licensing, or the federal courts provide more robust recognition of the Second Amendment right, the corruption will continue. 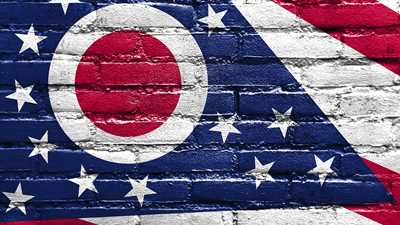