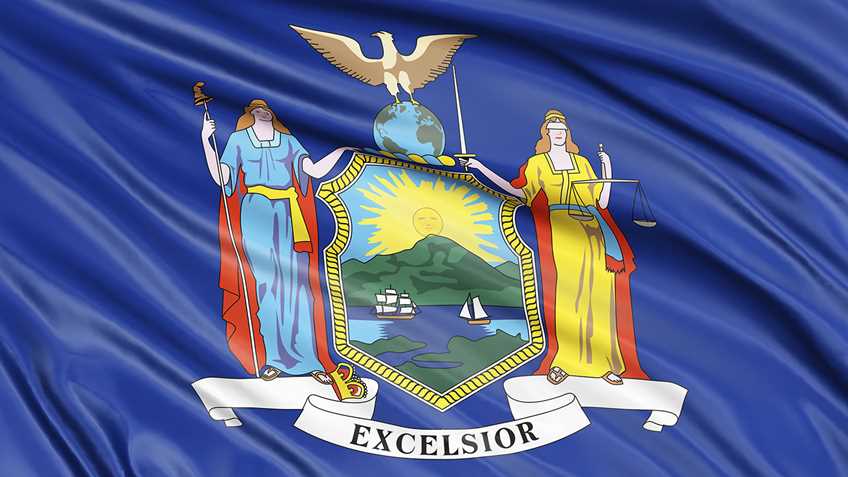 Some of America’s most pro-gun people ironically inhabit some of its most anti-gun locales. Like plants that can survive the harshest desert climates, they are among the hardiest of their kind. And for those in the know, they are as much a part of the Second Amendment landscape as cacti are to the desert.

In New York City, epicenter both to America’s COVID-19 outbreak and to anti-Second Amendment fervor, one of the city’s gritty gun culture icons has already succumbed to the economic pressures of the Big Apples interminable lockdown and another is fighting for its life. Your help can ensure the latter survives.

First, the bad news. John Jovino Gun Shop on Grand Street in Little Italy and Chinatown had served New Yorkers since 1911 and billed itself as “the oldest gun shop in the USA.”

Ironically, 1911 was the same year Tammany Hall grifters – including Sen. Timothy Sullivan – enacted a New York State law that made possession and carrying of concealable firearms subject to a license issued at the discretion of local officials. In New York City, the infamous “Sullivan Act” was openly promoted as a way to keep firearms out of the hands of such “undesirables” as working class Italian immigrants, or the same people the New York Times described at the time as “[l]ow-browed foreigners.”

Born in those inauspicious times, John Jovino Gun Shop nevertheless managed to survive World War I, the Spanish Flu pandemic of 1918, the Great Depression, World War II, the Hong Kong flu pandemic of 1968-69, the blackout of 1977, the Cold War and the 9/11 terrorist attacks. Passers-by were lured to the store by the unlikely sight in Manhattan of a giant wooden revolver hanging outside the shop.

But thanks to the modern manifestation of the Sullivan Act, there could be no impulse purchase of any such handgun at John Jovino. That act in New York City is still treated as a privilege reserved for the well-heeled or well-connected. At best, it involves hundreds of dollars in fees and takes the better part of a year, if it proves possible to the average city resident at all.

In the 1920s, John Jovino Gun Shop passed from its namesake founder to the Imperato family, who at the time lived in Bensonhurst, Brooklyn. Beginning in the 1990s, the business even included a gun factory in Brooklyn, which made reproductions of Civil War-era Henry Rifles and cap and ball Colt revolvers. That part of the operation later moved to Bayonne, New Jersey, and lives on as Henry Repeating Arms, now makers of fine lever-action rifles.

More recently, the Manhattan retail outlet was able to survive on the business of the local law enforcement community and some especially determined civilians. Fittingly for a New York City staple, it also appeared in hard-nosed film and television productions, including Serpico and Law and Order.

Charlie Hu, the store’s manager since 1995 and known in the neighborhood as Gun King Charlie, spoke emotionally to the local press upon the store’s closing last week. “I’m very emotional right now, as you can see, I am having a rough day. Everything is super sad,” he said. “My whole life went into this,” he continued.

Throughout the day, according to the article, longtime friends at the New York City Police Department called to thank Mr. Hu for responsibly serving the local community and to wish him well. Finally came a call from the boss himself, Anthony Imperato. “You are completing the mission,” he told his faithful employee of 25 years.

If making and selling guns seems unlikely in New York City, maintaining a public range in the heart of Manhattan seems downright preposterous. But Westside Rifle & Pistol Range has done just that for over half a century since its founding in 1964. Now it is Manhattan’s last surviving public range, offering equipment, facilities, and training to help local gun owners responsibly and effectively exercise their Second Amendment rights. It also helps New Yorkers negotiate the complicated process of applying for a handgun license in the city.

Unobtrusively located in the basement of a large office building, the facility has been run since 1989 by Darren Leung, a former New York State peace officer, who said a lifelong interest in firearms was shaped by uncles on both sides of the law. An NBC News profile noted in 2017 that local gun owners are as likely to come by Westside to shoot the breeze as the targets in the range’s multiple shooting bays. The business is known for its friendly and welcoming atmosphere, its big city locale notwithstanding

A staunch supporter of the right to keep and bear arms, Leung and his business are undoubtedly a lynchpin in keeping a meaningful Second Amendment alive in America’s most populous city. Perhaps prophetically, Leung told NBC three years ago: “If I ever close, I might be killing off a whole couple of generations of shooters ahead of us. … So it’s always in the back of my mind that it’s important to maintain the range, and to maintain it correctly.”

That is exactly why members of the gun owning community have established a GoFundMe account to help keep West Side Rifle & Pistol afloat during the city’s ongoing COVID-19 lockdown. New York City rents are brutal under the best of circumstances. When there’s no opportunity for regular income, they can doom even the most resilient of businesses and business owners.

Gun owners to date have been generous, and the range remains determined to fight on for as long as possible. Said the organizer of the effort, “It's both overwhelming and humbling to realize how many folks care and love us.“

For the time being, Westside continues to stand as a symbol of America’s Second Amendment culture even in the core of the Big Apple. A symbol that even the city’s many notorious anti-gun snobs, chief among them former mayor Michael Bloomberg, have yet been able to extinguish.

What the song said of New York is as true for the Second Amendment as it for aspiring talents: if it can make it there, it can make it anywhere. With luck, grit, and the help of gun owners, New York City’s pro-gun stalwarts will hopefully add the COVID-19 pandemic to the long list of challenges they have successfully overcome.

Americans didn’t wait for tragedy; they acted to make sure they were not part of the tragic tale of 2020. They applied for permits to obtain or carry a firearm. They purchased handguns and long ...

Members and other Second Amendment supporters, you may have seen that other Virginia gun rights groups recently mentioned last year's legislation and Governor Northam's gun ban bill, HB961, making at least one incorrect claim. We feel that it is critical to address ...

Despite Confiscation, New Zealand Sees Most Gun Crime in a Decade