Despite Confiscation, New Zealand Sees Most Gun Crime in a Decade 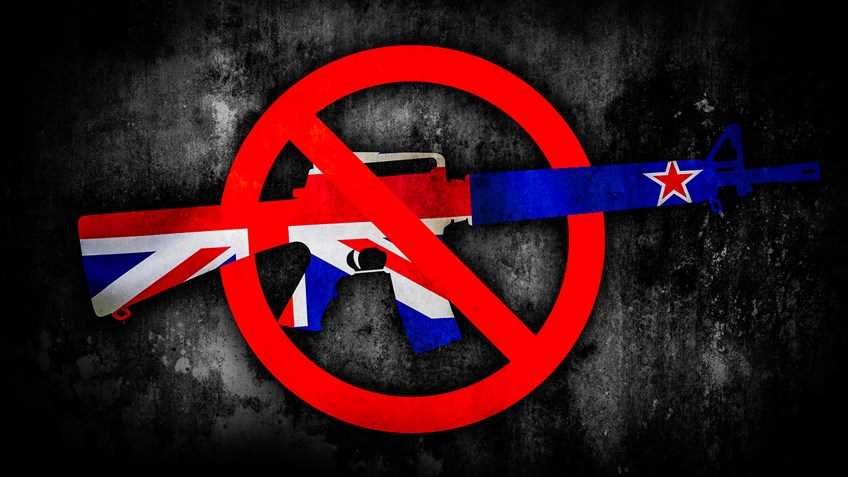 On April 5, 2019, three days after New Zealand's Arms Amendment Act 2019 advanced from its first reading in parliament, NRA-ILA noted that "[g]iven the abundant research on Australia’s similar gun confiscation efforts, New Zealand officials can expect that their gun control measures will do little more than trample the natural rights of gun owners​..." This week the first evidence vindicating this position came in when Radio New Zealand (RNZ) published figures it had obtained from the government showing that for last year crime involving firearms was the highest it had been since 2009.

According to an RNZ article titled, "Rates of gun crimes and killings using guns at highest levels in a decade in 2019," last year "there were 3540 occasions where an offender was found with a gun​." The report went on to note that "in both of the last two years, the rate of deadly incidents involving a firearm was the highest it had been since 2009" and that "[t]he number of guns seized by police is also on the rise, up almost 50 percent on five years earlier at 1263 last year.​" Making clear that the figures cited in the article were not skewed by the horrific shooting in Christchurch, the report noted that "[t]he 15 March terror attacks were listed as two separate firearms-related incidents.​"

On March 21, 2019, Prime Minister Jacinda Ardern targeted New Zealand's law-abiding gun owners by unilaterally halting the sale of semi-automatic centerfire firearms that utilize detachable magazines to normal gun owners. The Arms Amendment Act 2019 was passed into law on April 10 and received royal assent the following day. The key provision of the legislation outlawed possession of all semi-automatic centerfire rifles and their magazines.

In order to enforce the ban, the legislation provided for a firearm confiscation scheme. As with Australia's 1996 national firearms "buyback" program," law-abiding New Zealand gun owners were forced to turn their lawfully-acquired property over to the government for a set amount of compensation. The program ran from June 20-December 20, 2019. Compliant gun owners were treated to poor compensation and a breach of their personal data.

At the end of the confiscation program the government had collected roughly 56,000 firearms. A June 2019 report from consulting firm KPMG had estimated that there were as many as 173,000 newly-prohibited firearms in the country. New Zealand gun rights group, the Council of Licensed Firearms Owners estimated that 170,000 prohibited firearms were still in the hands of Kiwis after the confiscation program.

It should come as no surprise that New Zealand's new gun control laws haven't appeared to effect gun crime. After all, gang members told the government as much.

At the outset of the gun control push, the Waikato branch president of the Mongrel Mob street gang, Sonny Fatu, made clear to the press that his gang and others have no intention of obeying further gun laws. The gang leader stated, “Will gangs get rid of their weapons? No. Because of who we are, we can't guarantee our own safety.”

Moreover, as noted in the April 5, 2019 NRA-ILA article, the research on Australia's confiscation program is clear. In 2013, the U.S. Department of Justice’s National Institute of Justice reviewed the available research on Australia’s firearm confiscation program and issued a memorandum that concluded that the effort had no effect on crime generally. In coming to this determination, the memorandum cited work from University of Maryland Professor Peter Reuter and Jenny Mouzos, aptly titled, “Australia: A Massive Buyback of Low-Risk Guns.”The NIJ memo made clear that the researchers “found no effect on crime.”

With this new data it is tempting to call the New Zealand's gun control efforts a failure. However, to do so one must assume that Ardern and her government's goal was to reduce crime perpetrated with firearms rather than to attack the rights of law-abiding gun owners. Concerning the latter, Ardern's gun control has proven an undeniable success.