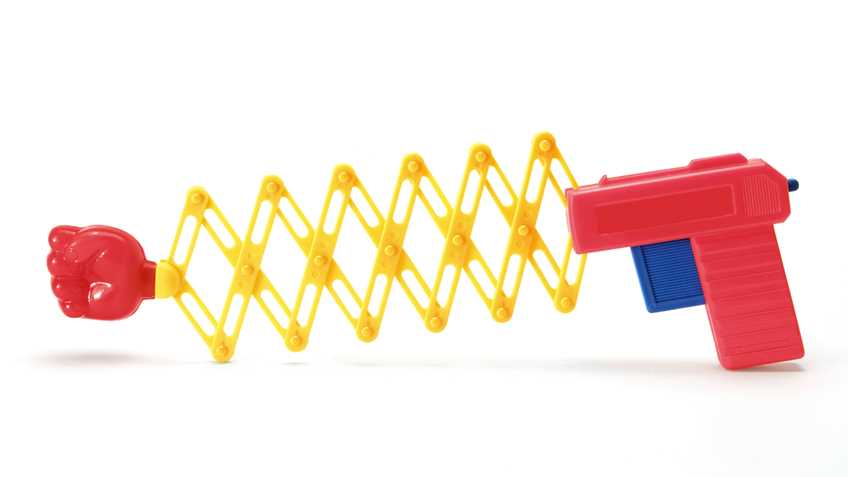 Of all the recent developments in American life arising from state lockdown orders, perhaps none is so sinister as public officials encouraging people to inform on their neighbors and community members for perceived violations of supposed safety protocols. This trend is made all the worse by the fact that people are getting an unprecedented glimpse into each others’ homes through pervasive online video conferences now being used to facilitate activities like work, school, and religious worship. For one family in Pennsylvania, the “discomfort” a schoolmate’s parent felt about seeing a toy gun in a Zoom call even resulted in police showing up at their home.

A segment on the May 15 edition of the Todd Starnes Radio Show included an interview with Sheila Perez Smith, the mother of a 7–year—old first grader. Perez Smith recounted how the child had received a plastic toy gun as a gift, which quickly became the boy’s “favorite new thing.”

During a school-related Zoom call with his classmates and teacher at the Cumberland Valley School District, she said, the boy was seated with the toy next to him. He was not, however, interacting with it in any way.

After the call concluded, the family received an email from the child’s teacher “basically saying that another parent of another classmate had been very uncomfortable by the fact that the gun had been in view of the Zoom call.”

But that was not the end of the incident.

Within a couple of hours, Perez Smith said, an officer from the Hampden Township Police Department came to their home and asked the family to step outside so he could question them about a complaint involving a child and a gun.

The boy’s parents explained that it was only a toy gun and showed it to the officer. They went on to reassure the officer that they have no actual firearms in their home and that everyone in the residence was safe and well.

Perez Smith indicated she thought that would have ended any concern over the matter.  Nevertheless, she said, “I did not feel that it was something where they said, ‘We understand. We just had to follow through.’ They took if very seriously, as if there was some sort of chance that we had weapons in the home.”

She also said the police officer made a point of continuing to lecture the family about the necessity of keeping children away from any sort of guns, even once he understood there was no danger to the kids.

Perez Smith stressed that she did not blame the school itself and called Cumberland Valley “a wonderful district that we have always loved.”

The problem, she believed, arose because another parent claimed to feel “uncomfortable” over the sight of a completely harmless object in the privacy of someone else’s home. “I don’t believe the accusation was made with concern for my own child,” she said, but because the other parent objected to that parent’s child being exposed to the sight of a fake gun.

Indeed, officious busybodies are being encouraged not only to report violations of public health orders but to call out perceived violations of political correctness during “virtual meetings.” An article providing advice from two professors at state public universities warned that the sight of wedding pictures and references to fun family activities during online meetings can be construed as “microaggressions.” Strategies to counter these offenses, they counseled, include “calling out microaggressions when they occur, whether “naming [them] on the spot” or taking action after the fact.

Yet the example of one Pennsylvania family shows how radical intolerance toward others’ private choices can have damaging effects on children who are too young to understand the culture wars being waged by politically-motivated adults.

Perez Smith described how her children – already experiencing anxiety, sadness, and confusion over the idea of having to shelter from a dangerous virus – were subjected to the additional fear that their parents would be taken away by the police.

She also noted that the family will be opting out of future school-related Zoom calls. While that will result in further isolation of the children from their peers, she sees it as a necessary safeguard against “completely bogus” accusations like the one her family endured.