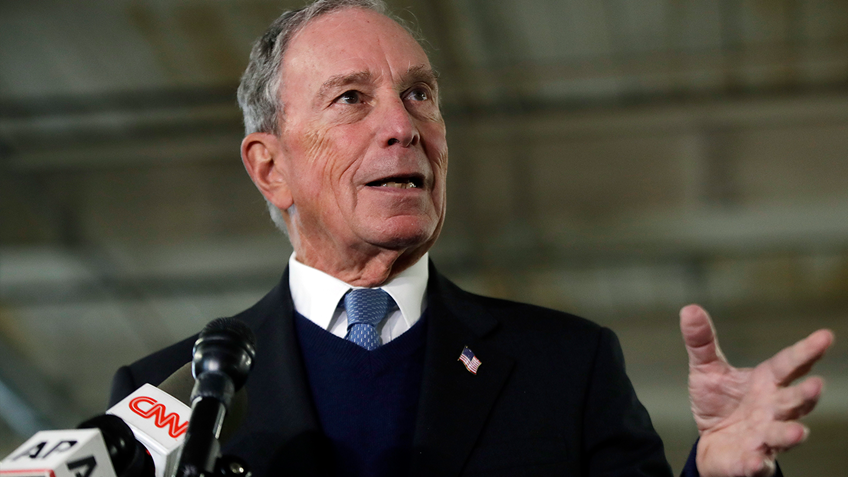 The mask is off (so to speak), and it is now clear beyond any reasonable dispute: America’s largest and most well-funded gun control advocacy group is systematically trying to ban law-abiding Americans, en masse, from acquiring firearms. And this at a time when Americans in record numbers have decided for themselves they need guns more than ever.

Events have been unfolding so quickly with respect to the constitutional right to acquire firearms during the COVID-19 outbreak that it’s difficult for the public to keep up with them.

First, Americans across the country swarmed to gun stores in March to exercise their rights during the early stages of the unfolding emergency.

Then, gun stores were ordered to close by several anti-gun governors and local officials who were horrified that so many first-time gun buyers had gained a newfound appreciation for the Second Amendment.

Next, the Department of Homeland Security issued guidance to the states that gun stores are part of America’s essential infrastructure during emergencies, and the NRA and others filed lawsuits challenging the closures.

Several closure orders were then reversed.

Now, as the third week of lockdowns across the nation has begun, and numbers showing record firearm sales in March have emerged, Massachusetts Gov. Charlie Baker has reversed his earlier determination that gun stores are essential and ordered them to close throughout the state.

In the midst of this new development, a memorandum emerged from gun prohibition advocates Everytown for Gun Safety, a group whose chief funder is none other than failed Democrat presidential contender Michael Bloomberg. The memorandum urges governors and mayors, despite the DHS guidance, to feel confident banning gun sales. It also purports (but ultimately fails) to provide legal justification for this clear infringement of Second Amendment rights.

Ironically, the gist of the “argument” put forth in the memorandum is that at a time when unprecedented incursions against a host of constitutional rights are underway as an asserted response against the coronavirus, the Second Amendment is receiving preferential treatment. The right to keep and bear arms should also, the memo argues, be subjected to infringements.

Even less convincingly, the memo argues that any burden imposed by the closure orders is minimal because “states and localities are ordering businesses to close temporarily—delaying the ability to acquire a gun—not barring anyone from gun possession permanently.”

Needless to say, however, if a first-time gun buyer seeks to obtain a firearm because of the dangers posed by the COVID-19 emergency, it would be ludicrous to say the person’s rights remain intact because he or she might be able to buy a gun after the emergency ends.

The memo only purports to address constitutional issues and fails to recognize another important aspect of the legal picture: the numerous state laws that specifically limit the authority of state and local officials to restrict the right to keep and bear arms during a declared emergency. Some of these laws specifically cover transfer and sale.

Everytown’s memo is unsigned, and it is unclear who the actual authors are or if they are even licensed to practice law (and if so, in which jurisdictions). It is identified only as coming from Evertyown Law, “the litigation arm of Everytown for Gun Safety Support Fund.”

It is not just an informational article for the general public, however, but is addressed specifically to “State and Local Officials Responsible for Promulgating and Enforcing COVID-19 Emergency Closure Orders.” The memo, without disclaimer, openly offers legal advice to these officials and lobbies them for changes in official policy.

This raises serious questions about whether the authors are engaged in the unauthorized practice of law in one or more jurisdictions where the memorandum was distributed and whether they are engaging in lobbying activities on behalf of Everytown without proper registration. Both activities carry potentially serious legal sanctions.

But putting aside the possible skirting of applicable regulations, what’s especially noteworthy about the memo’s substance is how it is designed to urge and reassure the officials to whom it is addressed that banning firearm sales is the proper response to the COVID-19 outbreak.

Everytown has traditionally labored to portray itself as within the mainstream of “gun safety” advocacy. Again and again, its officials and surrogates have insisted they “support” the Second Amendment and gun ownership by law-abiding Americans. Some even claim to own guns themselves. The group’s most visible efforts have typically concerned what it claims are merely policies designed to “keep guns out of the wrong hands,” including support for so-called “universal background checks” and “red flag laws.”

But Everytown, its subsidiaries, and its patron Bloomberg have also veered into the realm of overt firearm prohibition advocacy, including by supporting a ban on America’s most popular centerfire rifle, the AR-15, and similar semiautomatic self-defense rifles (which they call “assault weapons”).

With this memorandum, however, it is abundantly clear to all what close observers have known about Everytown all along: that they simply want ALL Americans to be denied the right to obtain ALL firearms altogether.

As the COVID-19 outbreak increases in intensity, Americans are suffering and fearful for the safety of themselves and their families. They know that in addition to a national pandemic whose ultimate lethality is still undetermined (but projected to be grave), there are other looming events that could threaten their well-being. Stocks of critical supplies are strained. The economy is in a shambles. Police are scaling back enforcement efforts. And Inmates are being released from jails and prisons by the thousands, with predictable and deadly consequences.

For Bloomberg’s Everytown, however, this crisis is merely one more occasion to exploit to pursue their true objective: a total ban on the availability of firearms.

It further demonstrates that Everytown is not only radically devoted to firearm prohibition, it is heedless of what that could means to the lives and safety of innumerable innocent people during the present crisis. 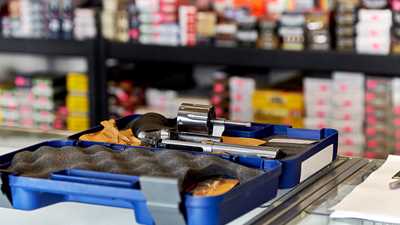