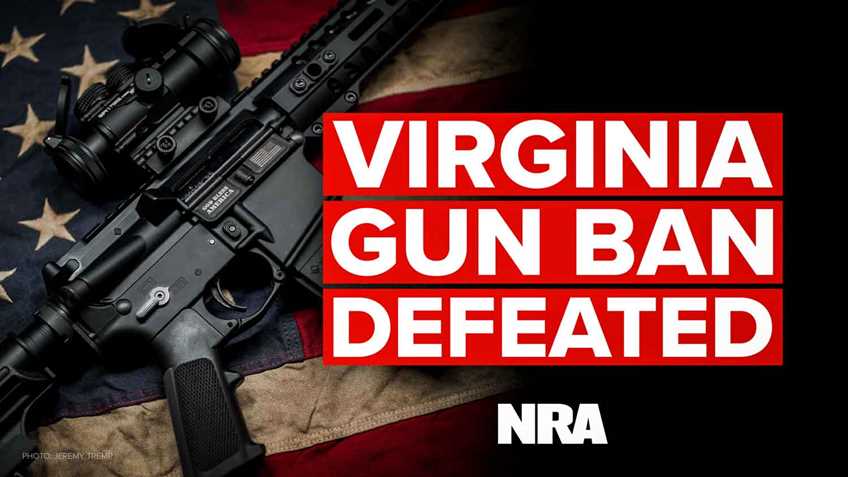 Thanks to Second Amendment supporters around the Commonwealth ceaselessly voicing their opposition to a sweeping gun ban, the Senate Judiciary Committee voted 10-5 to reject House Bill 961 on February 17th. Bloomberg’s House majority in the General Assembly is not going to deliver their most coveted agenda item to their billionaire master.

House Bill 961 was a comprehensive ban on many commonly-owned semi-automatic firearms, suppressors, and standard capacity magazines. The original bill sought to impose a licensing and registration scheme for citizens who wish to keep affected firearms they lawfully owned prior to the ban, with felony penalties for noncompliance. It also broadly banned any part that could be used to change a firearm into a banned configuration. While the House Public Safety Committee amended the bill to allow citizens to keep currently owned firearms and suppressors, there was no option for citizens to keep their lawfully acquired magazines with capacities greater than twelve rounds, forcing millions of Virginians to dispose of their property, become a criminal, or surrender them to the government.

Numerous other anti-gun bills are still in play this session. Please stay tuned to www.nraila.org and your email inbox for further updates on these bills and other issues threatening our Second Amendment rights in Virginia.