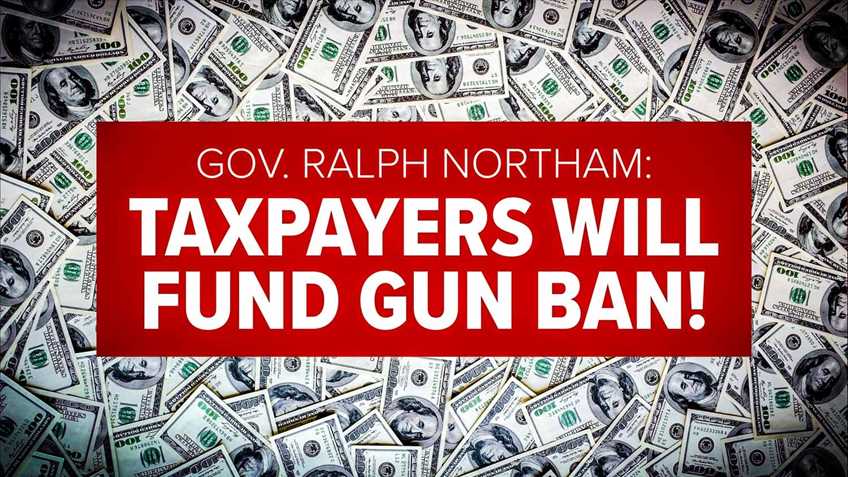 In recent weeks NRA-ILA informed Virginia gun owners about gun control funding included in the state budget bill. The budget legislation, HB30, included a $250,000 appropriation to the Corrections Special Reserve Fund in order to provide for the “increase in the operating cost of adult correctional facilities resulting from the enactment” of Governor Ralph Northam and the Michael Bloomberg-bought General Assembly’s gun control measures. In other words, $250,000 of taxpayer money that will be used to lock up gun owners who don’t comply with Northam and Bloomberg’s unconstitutional gun laws.

News of the quarter of a million dollar appropriation justly sparked a firestorm in the pro-gun community. However, additional budget documents from the Northam administration reveal that the problem is an order of magnitude worse than previously reported.

Nestled away in the “2020 Executive Budget Document” is millions of dollars in appropriations to fund, and hire government officials to carry out, Northam’s attack on law-abiding gun owners.

The section concerning the Office of Public Safety and Homeland Security contains the following two appropriations:

Northam has proposed more than $4 million dollars to fund a ban on commonly-owned semi-automatic firearms. More disturbing, the budget would authorize 18 government functionaries to carry out compliance with the ban.

It is not clear from the document what the precise function of these 18 government collaborators would be. However, the introduced semi-automatic ban legislation (SB16) would effectively confiscate commonly-owned semi-automatic firearms from law-abiding citizens, as it outlaws the continued possession of such firearms. After supporting similar confiscatory legislation in the gun control special session in July, Northam has said that he now contemplates a semi-automatic ban that would purportedly grandfather currently possessed firearms if the owners of such guns register the firearms with the government. Therefore, it would not be unreasonable to speculate that the 18 new government positions would be used to confiscate or register commonly-owned semi-automatic firearms.

Northam has also included another $3.6 million in the state budget to carry out a host of other gun control measures.

Such legislation includes the criminalization of private firearms transfers. Under the proposed HB2 “background check” bill, Virginians would be required to seek government permission to gift, trade, and even temporarily lend firearms to close friends and extended family. Under this extreme bill, even lending a brother a rifle for a deer hunt or letting a daughter borrow a handgun for self-defense could land an otherwise law-abiding Virginian a felony conviction and up to 5 years in jail.

The proposed budget also points to funding “one gun purchase per month” legislation. From 1993 to 2012 Virginia had a “one-handgun-a-month” law that rationed the number of handguns law-abiding gun owners could purchase. The language in the budget document appears to indicate that Northam and the Bloomberg-bought General Assembly intends to extend this failed gun rationing scheme to all firearms sales.

Despite appearing in the state budget under the section for the Office of Public Safety and Homeland Security, these gun control measures have nothing to do with safety or security.

In additional to being unconstitutional, a ban on commonly-owned semi-automatic firearms will not reduce violent crime.

Long guns of any description are rarely used in violent crime. FBI Uniform Crime Reporting data breaks down homicides by weapon type. In 2018, the FBI reported that there were five times as many individuals listed as killed with “knives or cutting instruments,” than with rifles of any kind. The data also showed that rifles were listed as being used in less homicides than “blunt objects (clubs, hammers, etc.)” or “personal weapons (hands, fists, feet, etc.).”

A 1997 Department of Justice-funded study of the 1994 federal “assault weapons” ban determined that “At best, the assault weapons ban can have only a limited effect on total gun murders, because the banned weapons and magazines were never involved in more than a modest fraction of all gun murders.” A 2004 follow-up Department of Justice-funded study came to a similar conclusion. The study determined that “AWs [assault weapons] and LCMs [large capacity magazines] were used in only a minority of gun crimes prior to the 1994 federal ban,” “relatively few attacks involve more than 10 shots fired,” and “the ban’s effects on gun violence are likely to be small at best and perhaps too small for reliable measurement.”

Background checks don’t stop criminals from stealing firearms, getting them on the black market, or getting them from straw purchasers. According to the U.S. Department of Justice, 75 percent of criminals in state and federal state prison who had possessed a firearm during their offense acquired the firearm through theft, “Off the street/underground market,” or “from a family member or friend, or as a gift.” Less than one percent got firearms from dealers or non-dealers at gun shows. ATF has reported, “[t]he most frequent type of trafficking channel identified in ATF investigations is straw purchasing from federally licensed firearms dealers.”

This year, researchers at the Bloomberg School of Public Health and the UC Davis School of Medicine found that comprehensive background checks and prohibitions based on violent misdemeanors “were not associated with changes in firearm suicide or homicide.”

Regarding gun rationing, there has not been a detrimental effect since the “one-handgun-a-month” law was repealed in 2012. In 1993, Gov. L. Douglas Wilder and other gun control advocates sold the handgun rationing measure as a way to curb gun trafficking from Virginia to more restrictive Northeast states, particularly New York.

Tax-paying Virginians should not have to fund Northam and Bloomberg’s radical attack on their fundamental rights. Please contact Gov. Northam and let him know you oppose his unconstitutional gun control measures. You can contact Northam using the Governor's Office contact form or call his office at 804-786-2211​.

Stay tuned to www.nraila.org for updates. And, in the meantime, please sign up to volunteer to help defeat Northam and Bloomberg’s gun control legislation. 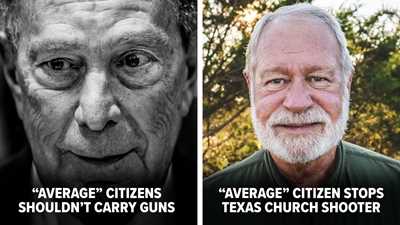