On December 16, Pennsylvania Attorney General Josh Shapiro issued a convoluted interpretation of state gun law that will have broad implications for Keystone State gun owners. The attorney general’s letter expanded the state’s statutory definition of “firearm” to include almost any material that has the potential to be fashioned into a firearm frame or receiver. The strained interpretation has the potential to effectively eliminate Pennsylvanians’ long-standing tradition of making their own firearms for personal use.

(A) any weapon (including a starter gun) which will or is designed to or may readily be converted to expel a projectile by the action of an explosive; (B) the frame or receiver of any such weapon; (C) any firearm muffler or firearm silencer; or (D) any destructive device. Such term does not include an antique firearm.

The only individual piece of a gun that is regulated as a “firearm” under federal law is the frame or receiver. This permits individuals to customize firearms and procure and sell most gun parts without perpetual government interference.

Law-abiding Americans with a passion for firearms and working with their hands often purchase partially-manufactured firearm receivers or frames in order to make their own guns for personal use. As these materials are unfinished items that take significant additional manufacturing to complete, they are not considered frames or receivers under federal law. Gun owners purchase partially-finished receivers for a variety of reasons, including an interest in customizing their own firearms or the ability to fully exercise their Second Amendment rights without government intrusion.

Anti-gun organizations claim that the ability to make firearms for personal use without government involvement is a “loophole” in federal law. This is false. A completed homemade gun is a firearm under federal law. A felon or other prohibited person may not possess a firearm completed from an unfinished frame or receiver. A prohibited person that is in possession of such a firearm faces up to 10 years imprisonment.

In direct contrast to the federal understanding of what meets the definition of a “firearm,” Shapiro has interpreted the Pennsylvania statutory definition of “firearm” to include an uncompleted firearm frame or receiver at any stage of manufacture.

Shapiro’s first argument is absurd. Manufacturers that design and manufacture partially-manufactured frames and receivers do so with the intent that item does not fall under the definition of a firearm under federal law. In other words, the manufacturers explicitly design these items to not be able to expel a projectile by action of an explosive without further significant manufacturing. By their very nature, these items are not firearms.

For his second argument, Shapiro perverted the jurisprudence on a wholly unrelated portion of federal law to bend Pennsylvania statute to his gun control agenda.

According to Shapiro, the “may readily be converted to expel any projectile by the action of an explosive” language in Pennsylvania statute should be interpreted as analogous to the may “be readily restored” language of the federal National Firearms Act.

The NFA defines a “machinegun” as “any weapon which shoots, is designed to shoot, or can be readily restored to shoot, automatically more than one shot, without manual reloading, by a single function of the trigger.” There is a body of federal case law that has further interpreted the may “be readily restored” language. Despite the federal statute and case law having no relation to the relevant Pennsylvania statute, Shapiro imported this irrelevant precedent wholesale into his interpretation of state law.

The federal NFA case law employs a several-factor test to determine whether an item can be “readily restored.” The relevant factors include, the time necessary to restore the firearm, the ease of restoration, the expertise required, the equipment required, the availability on the requisite parts, the expense of conversion, and the overall feasibility.

Shapiro used the most extreme federal case law on this topic to lower the threshold for what constitutes a firearm.

For instance, regarding time, Shapiro noted, “various jurisdictions have found a weapon could be readily converted or restored in as little as two minutes and as long as eight hours.” For equipment, Shapiro noted, “Courts have found this to occur in a variety of circumstance, ranging from the use of basic tools to a properly-equipped machine shop.

The multifactor test adopted by Shapiro is vague. In giving a small amount of guidance as to what would not be “readily restorable” under federal law and thus would not be a “firearm” under the new interpretation of Pennsylvania law, the attorney general wrote,

In contrast, an example where a receiver would not be considered "readily convertible" comes from the District of D.C, where the court considered these factors in determining whether certain weapons were "readily restorable." In that case, the weapons were held not to be machine guns because it would have taken a master gunsmith (expertise) over 13 hours (time) working with specialized equipment (equipment), required parts that are not commonly available (availability), cost $65,000 to make the conversion, and the conversion could have damaged or destroyed the firearm as well as caused injury to the shooter upon firing.

While Shapiro’s press office and the media have portrayed his opinion as a way to target the use of so-called 80-percent lowers, the interpretation the attorney general has adopted would encumber the use of unfinished frames or receivers at any stage of manufacture. Shapiro’s “theory” of treating non-functioning blocks of polymer, steel, or aluminum as “firearms” is the equivalent of calling a pile of aluminum tubes a bicycle or even considering a hickory or ash tree a baseball bat.

Shapiro cited gun crime in Philadelphia as an impetus for his unconventional interpretation of state gun law. Gun violence is a problem in Philadelphia. However, that problem is at present being exacerbated by Philadelphia’s George Soros-backed District Attorney Larry Krasner.

Krasner has received well-deserved criticism, some from U.S. Attorney William M. McSwain, for his soft-on-crime policies. Consider the following case described by the Philadelphia Inquirer,

In June 2018, Maalik Jackson-Wallace was arrested on a Frankford street and charged with carrying a concealed gun without a license and a gram of marijuana. It was his first arrest.

The Philadelphia District Attorney’s Office recommended the Frankford man for a court diversionary program called Accelerated Rehabilitative Disposition (ARD) that put him on two years’ probation. His record could have been expunged if he had successfully completed the program.

But Jackson-Wallace, 24, was arrested again on gun-possession charges in March in Bridesburg. He was released from jail after a judge granted a defense motion for unsecured bail. And on June 13, he was arrested a third time — charged with murder in a shooting two days earlier in Frankford that killed a 26-year-old man.

The article went on to point out,

With his new interpretation, Shapiro is intent on making law-abiding gun owners pay the price for the behavior of violent criminals and the failed policies of Pennsylvania’s public officials. Shapiro and other Pennsylvania officials should focus on vigorously prosecuting those who commit violent crime and not on passing new laws and perverting old ones to further burden honest Pennsylvanians. 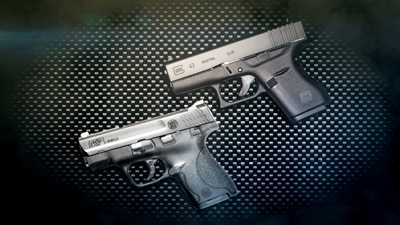