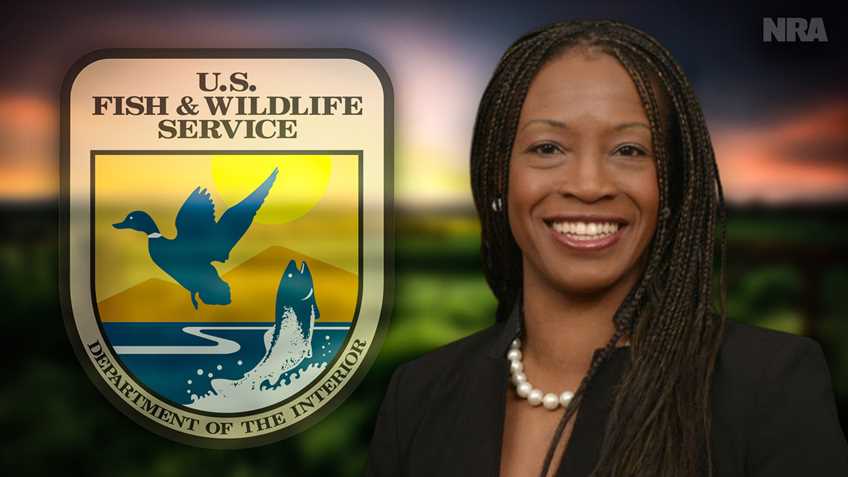 Fairfax, VA- The National Rifle Association’s Institute for Legislative Action (NRA-ILA) applauds the U. S. Senate for confirming Aurelia Skipwith to serve as director of the U.S. Fish and Wildlife Service (USFWS).

“Today, the U.S. Senate voted to confirm Aurelia Skipwith as the next director of the U.S. Fish and Wildlife Service. The NRA is extremely grateful for Senate Majority Leader McConnell’s support throughout the confirmation process,” said Jason Ouimet, executive director, NRA-ILA. “Aurelia is dedicated to conserving wildlife and protecting America’s great hunting heritage.  On behalf of NRA members across the country, I thank President Trump for this important nomination and look forward to working with Director Skipwith.”

While maintaining her educational and professional responsibilities, she was active in Habitat for Humanity and Big Brothers/Big Sisters programs. Skipwith is currently tasked as the deputy assistant secretary for Fish, Wildlife and Parks at the DOI where she and her team are responsible for national park and wildlife refuge land protection and stewardship.

Hunters are responsible for millions of acres of habitat restoration and conservation dollars through Pittman-Robertson taxes paid on firearms and other hunting equipment. Skipwith will be steward of those funds.

IN THIS ARTICLE
US Fish and Wildlife Service
TRENDING NOW

Florida: Join Us for the Pittman-Robertson grants announcement—Tuesday, March 20!