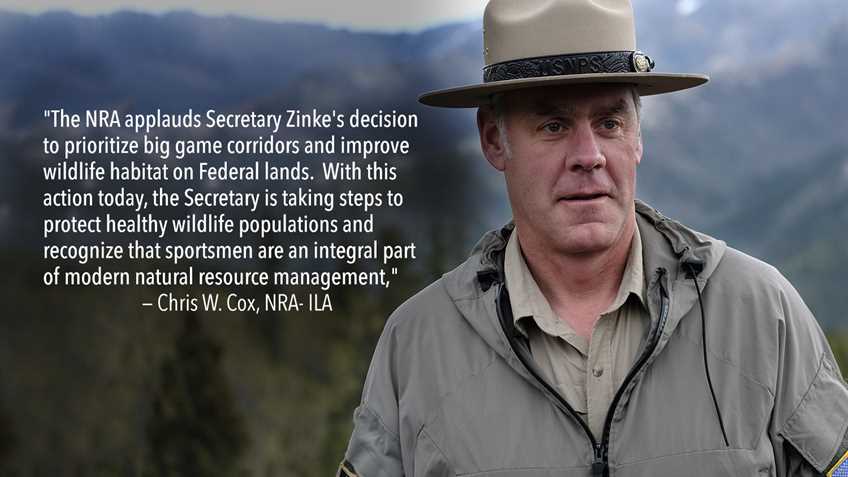 Fairfax, Va.— The National Rifle Association’s Institute for Legislative Action (NRA-ILA) today applauded Interior Secretary Ryan Zinke’s Order to enhance big game migration corridors. The Order calls on the Bureau of Land Management, National Park Service and Fish and Wildlife Service to work together with state fish and game agencies to identify and improve these critical habitats across the Western United States.  Private landowners may join these efforts on a voluntary basis.