You won't read this in the mainstream media and we thought you should know that common sense and loyalty to the Constitution and the Bill of Rights is alive and well in the New Hampshire Governor's office.

In the past, Governor Chris Sununu has signed legislation to ensure that law-abiding adults can exercise their right to self-defense without burdensome red tape and fees.  He opposes the failed gun control schemes pushed by well-funded, out-of-state, anti-gun elites such as bans on commonly owned firearms and ammunition.

Read about it below.

HERE IN FLORIDA:  Anti-gun Democrats in the Florida Legislature were soundly rebuffed by the Florida Senate and the Florida House in an overwhelming vote refusing to call a Special Legislative Session on gun control.  The vote fell significantly short of the 3/5 vote needed.

Tuesday, Aug. 27 at 5pm was the deadline for voting.

The call for the Special Session on gun control was nothing more than political shenanigans by the Democrats.

They KNEW the vote would fail, they just wanted to create an opportunity for political grandstanding.

Further, they wanted to get legislators on record for political attacks during the 2020 elections.   (Democrats forget that works both ways.) 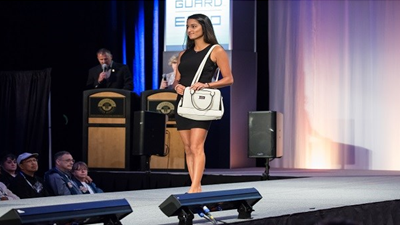