Does a Suppressed Pistol Sound like a Nail Gun? 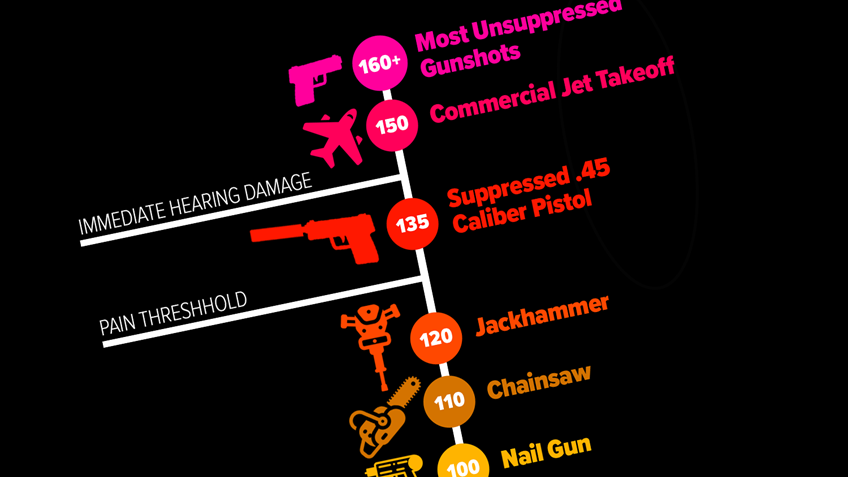 In response to reports that the Virginia Beach shooter used a firearm suppressor in carrying out his terrible crime, David Chipman, Senior Policy Advisor for the Giffords gun control group, claimed that a suppressed pistol is especially dangerous because the noise associated with the firearm is difficult to distinguish from a nail gun. As per usual for claims Chipman and his employer make about firearm suppressors, this is false.

In an article appearing in the Virginian-Pilot, Chipman claims, "The gun does not sound gun-like. It takes the edge out of the tone . . . This is how I would describe it: It makes a gun sort of sound like a nail gun."

But, a suppressed .45 caliber pistol, like the one that is reported to have been used in Virginia Beach, is many times louder than a nail gun:

The 30-35 dBA difference between a nail gun and a suppressed pistol will be perceived as at least eight times louder to the human ear.

This isn’t Chipman’s first attempt to mislead the public on firearm suppressors. In 2017, he made a false claim about the design intent of suppressors. And, his employer received three “Pinocchios” from the Washington Post fact checker for misleading claims they made about suppressors.

Unfortunately, the Virginian-Pilot article created further confusion about suppressors by producing audio files that purport to show the difference in sound level between nail guns, suppressed pistols, and unsuppressed pistols. Listening to recorded audio through speakers or headphones cannot accurately depict these sound differences. Due to microphone and speaker specifications, most sounds in audio recordings are reproduced at a similar sound level. This is why normal conversations and gunfire can both be reproduced in the same audio recording despite the fact that one of the sounds is over 100 dBA louder than the other.

For example, a suppressed pistol at over 130 dBA is louder than the maximum sound level of a jackhammer. Not exactly quiet and nothing like a nail gun. 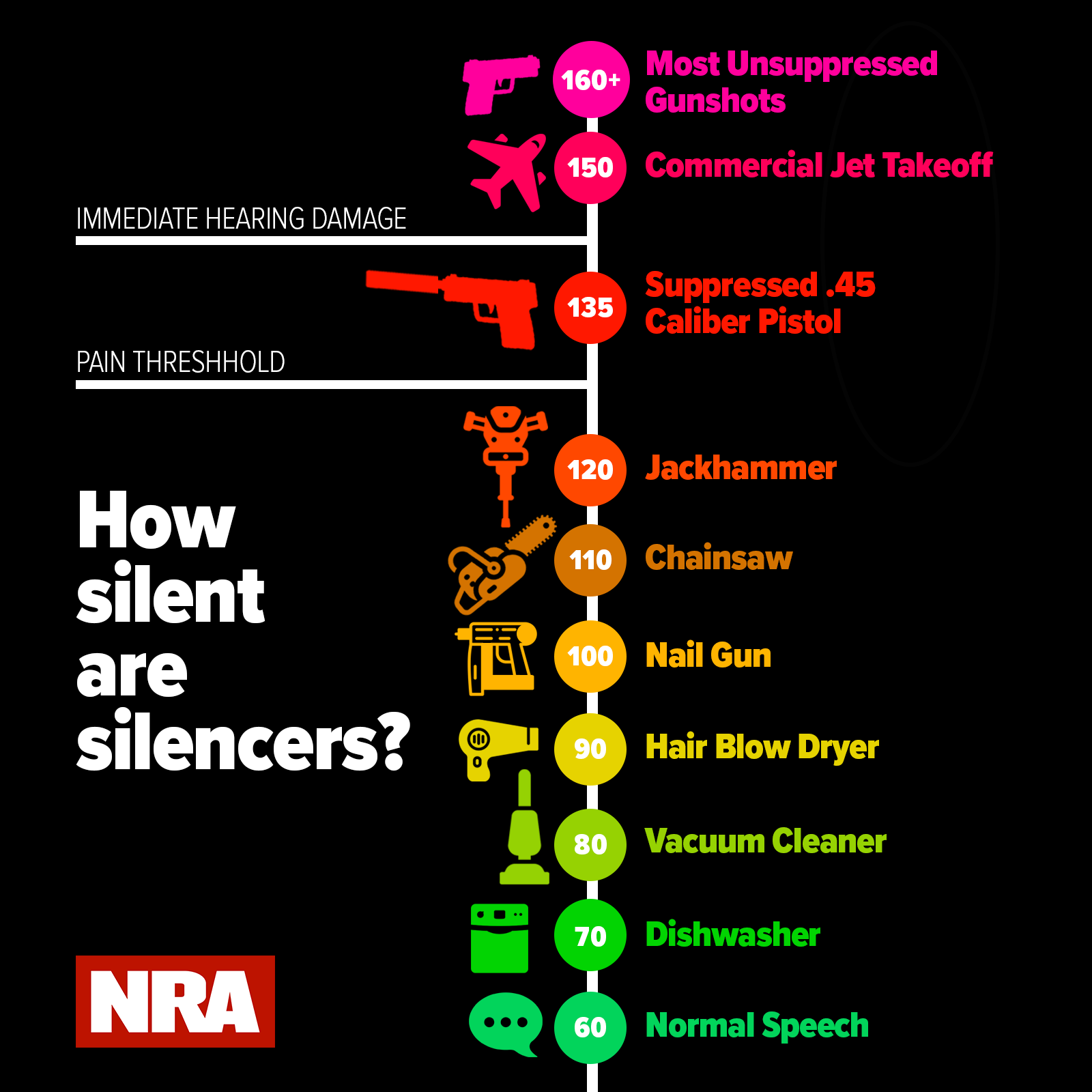