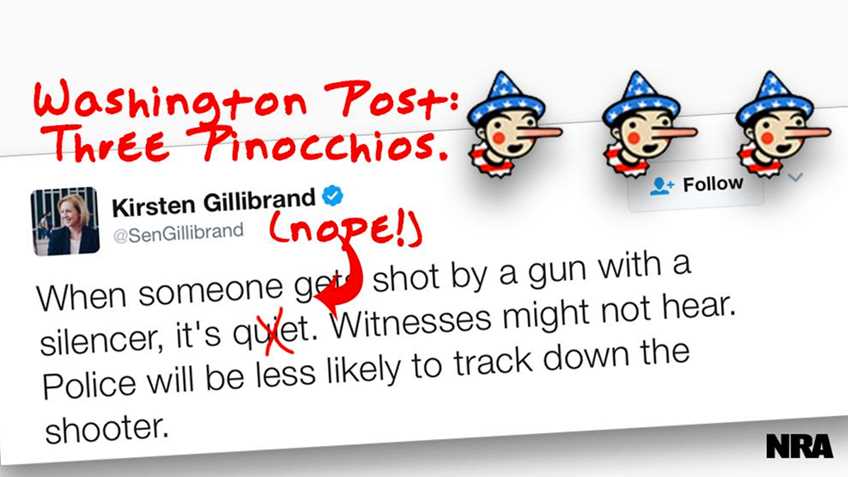 Last week, we wrote about Americans for Responsible Solutions’ irresponsible misinformation about The Hearing Protection Act on Twitter.  Apparently, we weren’t the only ones who took notice of ARS’s complete disregard for the facts on firearm suppressors.

On Monday, The Washington Post Fact Checker took a look at ARS’s tweet as well as a tweet by Sen. Kirsten Gillibrand (D-N.Y.) about suppressors.  While the Post raised many of the same problems we did, its fact check further confirmed that ARS has no problem with lying to achieve its mission for gun (or in this case suppressor) control.

Perhaps the most interesting part of the fact check came from ARS’s defense of its claim “You know what protections your hearing better than a silencer?  Ear plugs.”  According to the Post, to support this claim ARS spokeswoman Katie Peters supplied the Post with an article that showed an average of 30 decibels of reduction for commonly available suppressors.

Even if ARS was unaware that earplugs and earmuffs should have their Noise Reduction Ratings substantially reduced using a derating calculation, citing a 30 decibel reduction for suppressors would still put them amongst the best available hearing protectors.  But, as we pointed out last week, in real world use earplugs only get about 50% of their stated NRR, so the 30 decibel figure cited by ARS is better than any available earplug once the derating formula is applied.

The Post also addressed Sen. Gillibrand’s claim “When someone gets shot by a gun with a silencer, it’s quiet. Witnesses might not hear. Police will be less likely to track down the shooter.” To support this claim, opponents of the HPA relied on a favorite argument of anti-suppressor activists: that suppressors might limit the utility of ShotSpotter and other similar gun fire detection equipment.

Here the Post went straight to the source and found that suppressors do not pose the great hurdle for ShotSpotter that some have been lead to believe.  The fact check cited Ralph Clark, the chief executive of ShotSpotter, as stating “We have successfully if not inadvertently detected confirmed suppressed gunfire within our existing deployments. Although we have not formally tested the theoretical impact to our system, we intend to do some targeted testing in the near future. We believe we will have various options ranging from increasing our sensor array density to developing software/firmware to address the detection of suppressed gunfire if it were to become a widespread issue.”

In the end, the Post gave ARS and Gillibrand three pinocchios, which the Post describes as “Significant factual error and/or obvious contradictions. This gets into the realm of ‘mostly false.’”

Don’t let lying anti-gun groups and politicians endanger the Hearing Protection Act. Please make sure your U.S. senators and congressional representative hear from you on this important legislation to protect Second Amendment rights and the health of the American gun owner. It is long past time to discard America’s antiquated and unsupported approach to suppressor regulation. 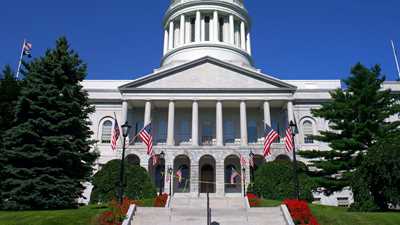