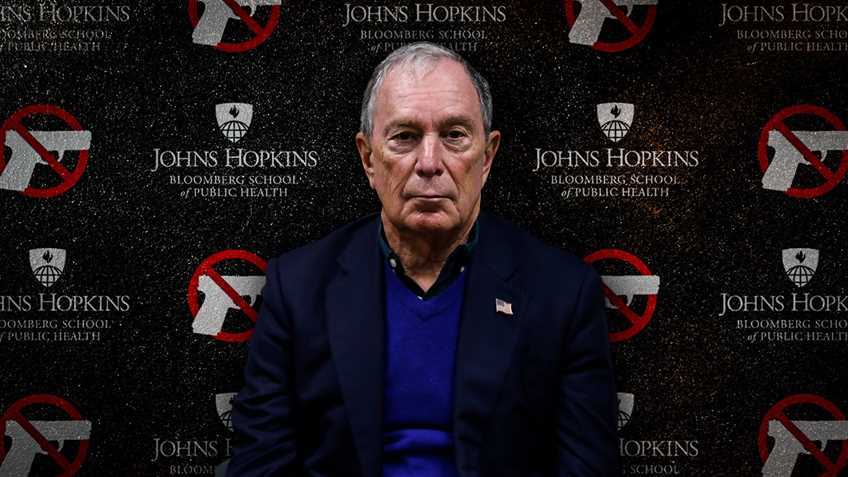 Week Three of the Bloomberg School of Public Health Coursera program, “Reducing Gun Violence in America: Evidence for Change,” seemingly promised some substance. This week’s module is titled “Evidence-Based Policies to Prevent Gun Violence” but the threshold for what qualifies as “evidence-based” is subjective. As in, the Bloomberg team selects what qualifies as evidence and what should just be done even in the absence of evidence.

The presenters advocate for universal background checks, licenses or permits to purchase, and waiting periods. But, while pushing these measures, they admit that the evidence on the impact of background checks for private sales on gun homicides “has not found protective effects” and that “[t]he evidence of the impact on waiting periods on firearm homicide is inconclusive.”

As we’ve pointed out repeatedly, so-called universal background checks would have no effect on criminals.

Since “universal” background checks don’t work on their own, Bloomberg acolytes argue for a licensing or permit to purchase system based on their research. The Rand Corporation included much of this same research in their review of gun-policy research, “The Science of Gun Policy,” and deemed licensing and permitting requirements to have an uncertain effect on both total homicides and firearm homicides because the evidence is inconclusive.

As in prior weeks, the Bloomberg team simply ignored research, sometimes conducted by their own staff members, that didn’t confirm their existing anti-gun biases. This week, a portion of the module focused on laws that prohibit individuals convicted of certain misdemeanors from possession firearms. Unsurprisingly, research conducted by the Center for Gun Policy and Research and UC Davis that found violent misdemeanor prohibitions and universal background checks have no effect was again excluded despite the authors claiming “very good evidence” supporting such prohibitions.

That is, within the body of evidence they’re willing to acknowledge.

One of the more interesting presentations this week was a panel discussion on the Consortium for Risk-Based Firearm Policy. The Executive Director of the Coalition to Stop Gun Violence, Josh Horwitz, is lauded as a key figure behind the Consortium. Horwitz says during a discussion of extreme risk protection orders that advocates eventually “settled” on California to enact the first such legislation because “their legislature is somewhat full-time” and “they have legislative staff and really good legal counsel there.”

Surely, they didn’t pick California because lawmakers there have never met a gun control policy they didn’t like. Case in point: the microstamping law for which Horwitz claims credit. From his biography on the Coalition to Stop Gun Violence:

“For instance, in 2007, his research and advocacy were instrumental in enacting a first-of-its-kind microstamping law in California. The revolutionary technology allows law enforcement to trace guns from expended cartridge casings left at crime scenes.”

Except it doesn’t exist. The law exists, but the technology is unfeasible so the real result is that law-abiding gun owners in California simply don’t have the option to purchase newer and likely safer model firearms. They can only purchase older models grandfathered in under the microstamping law.

What else would one expect from anti-gun activists?