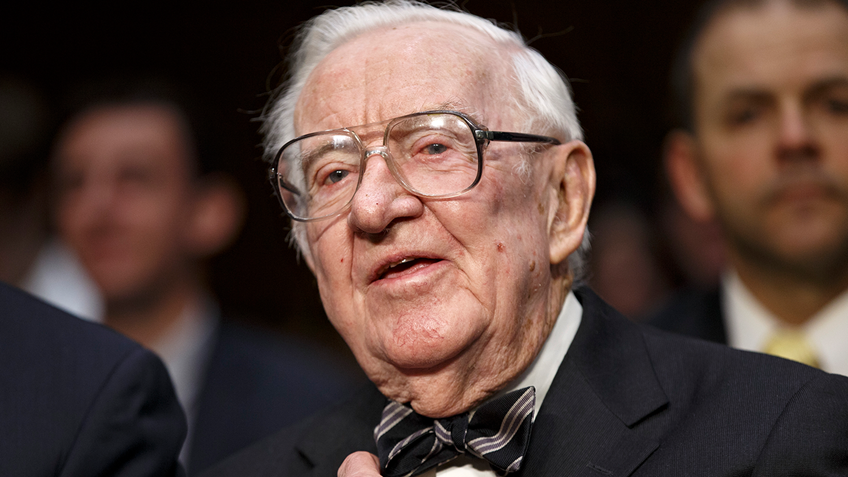 Retired Supreme Court Justice John Paul Stevens does not believe a law-abiding citizen has a right to possess firearms under the Second Amendment, and he wants to make sure everyone knows it. He made his position clear when he authored a dissenting opinion in District of Columbia v. Heller, where the Supreme Court, in fact, held that the Second Amendment does protect an individual right.

Last year he shifted gears, slightly, when he called for a repeal of the Second Amendment in order to facilitate the passage of restrictions on the lawful possession of firearms. No, he hadn’t conceded that he was wrong about the meaning of the Second Amendment; he held that the Supreme Court was wrong in its ruling on Heller, and repeal is necessary to right that wrong.

Apparently, even former Supreme Court justices have a hard time accepting when they lose. Certain former presidential candidates can take heart in knowing they are not alone.

In a 2018 op-ed in The New York Times, while promoting the banning of firearms and implementing other firearm-related restrictions popular among the anti-gun community, Stevens claimed his dissent in the Heller case was actually the correct position, even though the majority of the Court disagreed with him. He went on to state, “Overturning [the Heller] decision via a constitutional amendment to get rid of the Second Amendment would be simple and would do more to weaken the N.R.A.’s ability to stymie legislative debate and block constructive gun control legislation than any other available option.”

It is unlikely many describe amending the Constitution as “simple,” but even those who support the former justice’s anti-gun views would undoubtedly concede that promoting a campaign to repeal the Second Amendment would be a task requiring Herculean effort, and one destined to fail.

Later in 2018, in an interview also with the Times, Stevens described the extraordinary lengths to which he went in an attempt to undermine the Heller decision. In the very document he delivered to justices prior to the Heller ruling, he stated he had taken “the unusual step of circulating the initial probable dissent….”

That’s right, he outlined his disagreement to a ruling that had not yet been rendered. Apparently he not only knows constitutional law better than the majority of his peers on the Court, but he is prescient to future events.

This week, in an article published in The Atlantic, Stevens continued to try to convince whoever will listen that the ruling in Heller was wrong, calling it “the most clearly incorrect decision that the Supreme Court announced during my tenure on the bench.”

So, how does he justify that viewpoint? In a word; poorly.

In one defense of his reimagining of the Second Amendment, Stevens mentions that some colonial cities had “imposed restrictions on the firing of guns in the city limits.” This, according to the retired jurist, would mean that there were impediments to using firearms in these areas to defend the home, which would justify impediments today. Similar restrictions do currently exist in many densely populated areas, but often with a clear exception to allow using a firearm, including discharging it, for personal protection. It is likely that in colonial times, self-defense—or defense of the home—was also a permitted exception.

Stevens also defends his objection to recognition of the individual right to arms by citing one of the most misunderstood Supreme Court cases, the 1939 ruling in United States v. Miller. Even he seems to misunderstand it.

The Miller case overturned a federal District Court ruling that found the National Firearms Act of 1934 (NFA ’34) to be unconstitutional because it violated the Second Amendment. And the vote was unanimous, so it must have been pretty significant, right?

In fact, the Miller ruling was an incredibly narrow ruling. As most in the pro-Second Amendment community know, NFA ’34 established the federal regulation, licensing and taxation scheme for fully-automatic firearms, short-barreled rifles and shotguns, suppressors, and other items. The Miller case sprung from two men, Jack Miller and Frank Layton, being charged for violating the Act by taking an unregistered short-barreled shotgun across state lines. They challenged the indictment, claiming the Act violated their rights protected under the Second Amendment, and a federal District Court agreed with them.

At the time, the law allowed for a direct appeal to the Supreme Court in criminal cases involving constitutional issues, so the federal government appealed, and the Court took up the case. However, when the government’s team of lawyers presented its arguments, there was nobody present to counter them. Neither Miller nor Layton were represented before the Court.

Thus, when the government argued that it could regulate the specific double-barreled shotgun in question, with barrels less than 18 inches in length, because it was not used in any militia, there was nobody there to point out that, in fact, similar shotguns are not only suitable for militia use, but shotguns were (and are) quite commonly used by the military.

With no counter to the government’s position, the Supreme Court ruled in its favor. As previously stated, while the ruling was unanimous, it was also exceptionally narrow in scope.

In relation to the argument that regulating the particular shotgun in question was a violation of the Second Amendment, the Court said:

“In the absence of any evidence tending to show that possession or use of a ‘shotgun having a barrel of less than eighteen inches in length’ at this time has some reasonable relationship to the preservation or efficiency of a well regulated militia, we cannot say that the Second Amendment guarantees the right to keep and bear such an instrument. Certainly it is not within judicial notice that this weapon is any part of the ordinary military equipment, or that its use could contribute to the common defense.”

By using terms such as “the absence of any evidence” and “it is not within judicial notice,” the Court was clearly stating that they could only go by the evidence presented. The government said the gun was not suitable for such applications, nobody argued otherwise, so they sided with the government.

Stevens also fails to note the most unfavorable aspect of the Miller decision to his belief of a militia-connected right. If the right was connected to militia service, wouldn’t the Court have simply decided that Miller and Layton couldn’t raise a Second Amendment claim disconnected from service in the militia?

But in order to promote the lie that the Second Amendment was not intended to protect an individual right, Stevens must not only misinterpret Miller and overestimate its importance, but he must also ignore many other cases that preceded Miller.

In 1857, while explaining the limits the Bill of Rights places on Congress in Dred Scott v. Sandford, the Court stated that Congress cannot “deny to the people the right to keep and bear arms.” No reference to militia service, and no qualifier as to what arms.

In United States v. Cruikshank, in 1876, the Court made clear that “bearing arms for a lawful purpose” is not “granted by the Constitution,” and is not “dependent upon that instrument for its existence.” They recognized the Second Amendment protects a right that already existed, and “that it shall not be infringed by Congress.” Presser v. Illinois, in 1886, reaffirmed the ruling in Cruikshank, as did Miller v. Texas in 1894.

While all four of these cases stated that the Second Amendment was a protection against the federal government infringing on the rights of individuals, and Presser and Miller v. Texas actually upheld state laws, it is important to remember that these were all decided before the great push to use the Fourteenth Amendment to “incorporate” the first eight amendments in the Bill of Rights to be applicable restrictions against states infringing on those enumerated rights.

The Fourteenth Amendment was adopted in 1868, and its primary framer promoted that it should be interpreted to extend the protections of the first eight amendments of the Bill of Rights to the states. It wasn’t until the 1920s, however, that the Supreme Court began to recognize that states, like the federal government, should be prohibited from imposing restrictions on our rights.

Stevens, of course, objected to incorporation of the Second Amendment, and made that clear in his dissent on the follow-up to Heller, McDonald v. Chicago, which incorporated the right to keep and bear arms to be applicable to state and local governments. His opinion indicated he prefers to apply the incorporation standard prejudicially. If he doesn’t support the right, as is his position on the rights of law-abiding citizens to possess firearms, then he doesn’t support incorporation. Thankfully, he was again in the minority in that case.

Ultimately, Stevens’ campaign against lawful gun owners seems rather sad. He was on the losing side of two landmark Second Amendment cases, and since retiring, he has taken to repeatedly expressing what may be best described as sour grapes about those losses.

Perhaps the saddest point to Stevens’ lamenting about the Heller ruling being “the most clearly incorrect decision” during his time on the Supreme Court is the idea that, over his tenure, he came to be considered one of the most liberal justices. Liberals often claim that, at their heart, is the strong belief in individual freedoms. Stevens has shown he is no different than other liberals espousing the defense of individual rights…until the discussion turns to the individual right to arms and self-defense.