On Thursday, Governor Greg Abbott signed House Bill 302 by Representative Dennis Paul (R-Houston) & Senator Bryan Hughes (R-Mineola), NRA-supported legislation that prohibits “no firearms” clauses in residential leases.  This will protect tenants’ rights to possess lawfully-owned firearms and ammunition in dwelling units and on manufactured home lots, and to transport their guns directly between their personal vehicles and those locations.  The bill -- unique among the 50 states -- is designed to protect the Second Amendment rights of renters and was filed in response to tenants who alerted NRA-ILA and Texas State Rifle Association about a growing number of lease provisions restricting firearms possession and posting of 30.06 and 30.07 signs in apartment complexes.  The new law will take effect on September 1 and will only affect future lease agreements.  Please contact Governor Abbott’s office and thank him for signing HB 302 into law.

Also, thank you to Lt. Governor Dan Patrick for making this issue one of his legislative priorities and to Speaker Bonnen & House leadership for ensuring passage of this important measure!

The law at issue limits New York City permit holders to traveling to only seven shooting ranges located within the city.  It restricts the travel to a direct route to and from the range, and requires the handgun to be transported unloaded, in a locked container, and separate from any ammunition. Licensees who wish to take their guns to other ranges or participate in events or competitions outside New York City, or who want to transport their guns to another location (other than the NYC address listed on the license), are prohibited from doing so.

The case is also the Court’s first chance to layout a framework for applying the Second Amendment to gun control laws in a decade.  It will be argued in the upcoming fall term of the Supreme Court.  A copy of the brief can be viewed here.  Please contact Attorney General Paxton and thank him for joining the brief and for standing up in support of our right to keep and bear arms. 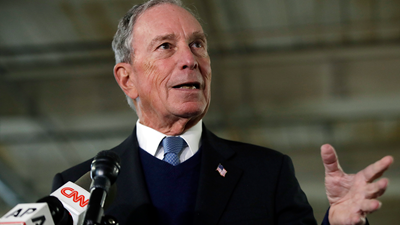