Having thus far failed to break through in the Democratic primary, Senator Cory Booker of New Jersey is seeking to gain an edge in the contest by advancing the most extreme package of gun-control proposals to be touted by any presidential aspirant in two decades. In addition to the usual laundry list — “universal” background checks, a ban on so-called “assault weapons,” the prohibition of standard-capacity magazines — Booker hopes to establish not only a federal registry of guns, but a federal registry of gun owners, too. Under the terms of Booker’s plan, Americans wishing to exercise their Second Amendment rights would have to apply to Washington for permission — not just once, but every five years — and to inform the executive branch of each weapon they own in their home.

In Case You Missed It: Gov. Bevin Speaks at the 2019 NRA-ILA Leadership Forum 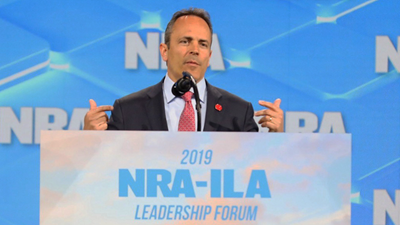