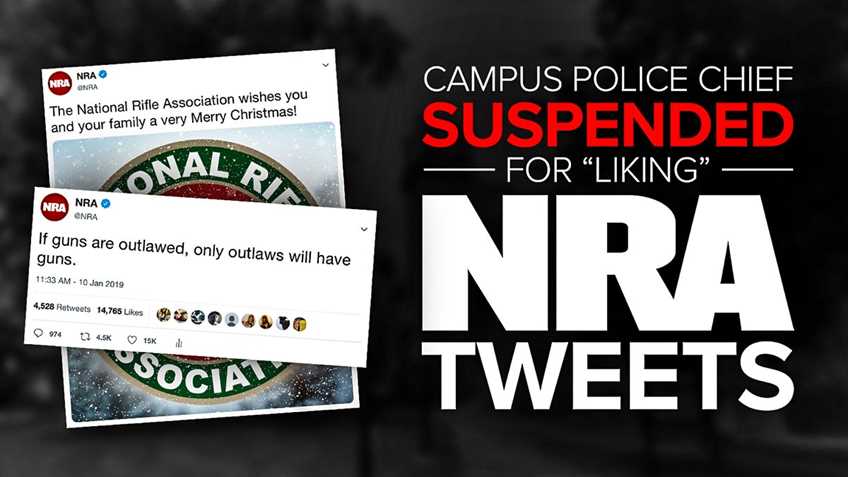 Smith and Mount Holyoke Colleges are two liberal arts institutions for women in the western part of Massachusetts. Both share a campus police department that until recently was overseen by Chief Daniel Hect, who took command February 18 of this year. Less than two months later, however, Hect finds himself on administrative leave after a wave of discontent following students’ scrutiny of his social media accounts. The main complaints, at least according to the students themselves, center on Chief Hect having “liked” tweets that in some cases were issued by the National Rifle Association and in others were supportive of the president of the United States.

An April 9 article by The Sophian student newspaper at Smith described Hect as being “surrounded in controversy” after “students at Mount Holyoke found his Twitter page and pointed out several tweets he had liked.” The three tweets mentioned included one in which another Twitter user had written “Stay the course Pres. Trump.” A second was by another Twitter user who wrote, “BUILD THAT WALL.” The third supposedly offensive post was by the NRA and simply stated, “The National Rifle Association wishes you and your family a very Merry Christmas!”

The article continued, “After spring break, the Mount Holyoke student body rose up on social media against this new hire and the sentiments that he brings to the campus by urging students to attend a community forum on March 21 with Hect himself.”

What, if any, other evidence of those “sentiments” the students uncovered is not explained in the article. The article does mention several attempts Chief Hect made to engage with students and allay their concerns.

A March 28 article from the Mount Holyoke News detailed one such event, describing it as featuring “tension and tears.” According to that article, “The concerns at the heart of the event primarily involved Hect’s social media presence, particularly on Twitter,” and specifically, “many of his liked tweets come from the National Rifle Association (NRA) and President Donald Trump.”

During the event, according to the article, Hect described his professional background and his philosophy on campus law enforcement. He told the students that the department under his leadership plans to “focus on community engagement [and students] getting to know the campus police as human beings.”

Yet the article noted:

Most of the night’s questions … circled back to what the new chief’s social media history revealed about his apparent political alignment. Conversation centered around Hect’s political ideology, with particular emphasis given to the topics of immigration reform, police brutality and his personal opinions on Trump and the NRA.

It also focused on a particular student who was drawn to the event by the “possibility of Trump-supporting chief of police” and who told the reporter she had trust issues with police, “especially someone I’d heard might be a Trump supporter.”

The article reported that Hect denied during the event that he supports Donald Trump and strongly condemned police brutality, adding that he had used his tenure at another department to weed out officers “we shouldn’t have in uniform.” He also apologized for expressing support for the border wall, calling it, “a huge mistake.”

Yet another Sophian article from yet another event where Hect tried to engage concerned students focused on his Twitter “likes.” An unidentified student mentioned in that article characterized “the tweets he liked” as “against her and her existence because, to him, she was an ‘illegal.’” Hect told students at that event he did not intend to resign.

This week, however, Hect was placed on administrative leave by both colleges.

A brief notice to the Smith campus community from college president Kathleen McCartney attributed the move to “members of our campus community hav[ing] voiced a lack of trust” in Chief Hect.” No further explanation was provided.

In an undated “update,” president Sonya Stephens of Mount Holyoke cited “concerns about the ability of Chief Daniel Hect to develop the level of trust required to engage in community policing” as the basis for his suspension from duty. The update flatly denied that Chief Hect was “put on leave for social media or political views” and insisted that neither is taken into account in the college’s hiring process.

What other concerns might exist about Chief Hect, however, remain unexplained.

Media coverage and the explanations of students themselves continue to focus on Hect’s social media likes and politics. Newsweek cited “[s]tudent’s frustration towards Hect’s political affiliation and personal beliefs,” as reflected in his “social media activity.” Masslive.com and the Daily Hampshire Gazette quoted the statements of the college presidents but gave no explanation for the students’ discontent other than Hect’s social media activity. Radio station WHMP reported on the story under the headline, “Joint Smith, Mt. Holyoke Police Chief Suspended for Social Media Activity.”

Meanwhile, a Dailywire article quoted a student who shared screenshots of the supposedly offensive tweets as stating that it was

unacceptable for someone in charge of keeping any community safe, let alone a campus as diverse as MHC's, to be publicly displaying his support for hateful regimes and organizations, as well as for individuals who demonize migrants from Mexico or other latin american nations.

A glowing tribute to Chief Hect from the student newspaper at Denison University painted a very different portrait of the long-time law enforcement professional as he left for an appointment at Xavier University. “Denison wishes him nothing but the best,” it stated.

Unfortunately for Chief Hect, it was actually the worst that was yet to come. 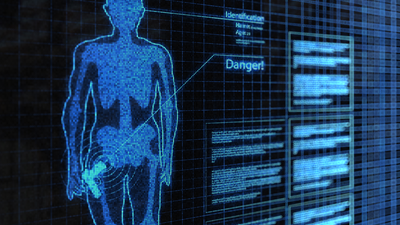