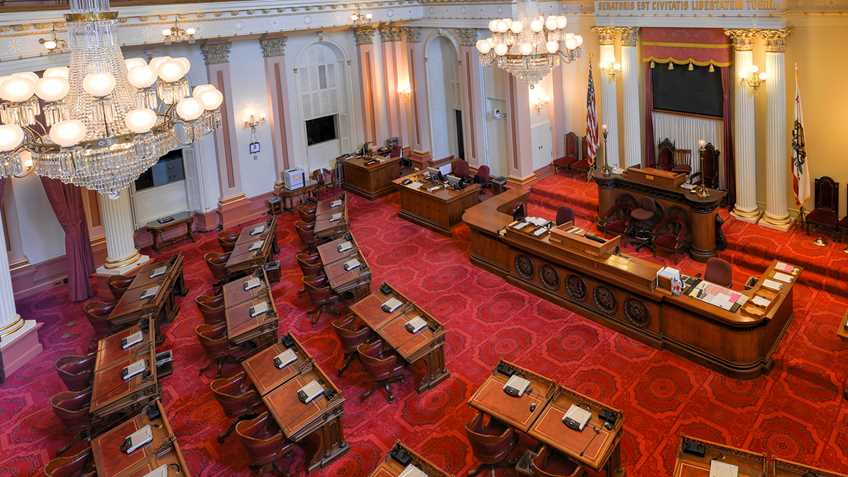 This week, the Assembly and Senate Public Safety Committee and Assembly Appropriations Committee all heard several firearm-related bills. Assembly Bill 1297 allowing for increased fees for concealed carry permits and AB 893 banning gun shows at the Del Mar Fairgrounds are both eligible for votes on the Assembly floor. Use the take action button below to contact your lawmakers and urge their opposition to AB 1297 and AB 893.

In the Assembly Public Safety Committee:

SUPPORT - Assembly Bill 1096, sponsored by Assembly Member Melissa Melendez (R-67) would improve California’s concealed carry permit system by defining “good cause” and requiring that the issuing authority “shall” issue a permit if the statutorily required criteria is met.  The committee failed to pass AB 1096.

OPPOSE - Assembly Bill 276, sponsored by Assembly Member Laura Friedman (D-43), would modify California’s already existing storage laws, which include a patchwork of local restrictions in addition to requiring firearms be inaccessible to both minors and prohibited persons, by providing additional storage requirements and significantly enhanced criminal penalties for failure to comply.  AB 276 was pulled from the agenda and not considered at this hearing.

OPPOSE - Assembly Bill 1064, sponsored by Assembly Member Al Muratsuchi (D-66), would place further restrictions on licensed firearms dealers, including prohibiting a residence as a place of business for licensees, allows localities to place further restrictions on where licensees may operate, requires licensees to carry insurance of at least $1 million in coverage per incident and requires extensive recording of a licensees premise to include video surveillance system that, among other requirements, visually records and archives footage of (1) every sale or transfer of a firearm or ammunition, in a manner that includes audio recording (2) all places where firearms or ammunition are stored, displayed, carried, handled, sold, or transferred; (3) the immediate exterior surroundings of the licensee’s business premises; and (4) all parking areas owned or leased by the licensee.  AB 1064 was pulled from the agenda and has been rescheduled to be heard on Tuesday April 9.

OPPOSE - Assembly Bill 1297, sponsored by Assembly Member Kevin McCarty, would remove the maximum fee a local authority can charge on the concealed carry permit application.  AB 1297 was passed by the Committee and will now head to the floor for a vote in the Assembly.

In the Senate Public Safety Committee:

OPPOSE - Senate Bill 61, sponsored by Senator Anthony Portantino (D-25), would expand California’s one handgun a month law to apply to all firearms.  SB 61 was passed by the Committee and will now move to the Senate Appropriations Committee for further consideration.

OPPOSE - Senate Bill 172, sponsored by Senator Anthony Portantino (D-25), would expand California's existing storage laws. SB 172 was passed by the Committee and will now move to the Senate Appropriations Committee for further consideration.

OPPOSE - Senate Bill 220, sponsored by Senator Jerry Hill (D-13), would further increase the mandatory storage and security requirements for licensed firearms dealers. California already has some of the strictest laws in the country regarding how dealers must store and secure firearms.  This bill simply places more costs and mandates on law-abiding business owners.   SB 220 was passed by the Committee and will now move to the Senate Appropriations Committee for further consideration.

In the Assembly Appropriations Committee:

SUPPORT - Assembly Bill 284, sponsored by Assembly Member Jim Frazier (D-11), would permanently place in statute California's junior hunting license, which is due to sunset in 2020.  AB 284 was sent to the Assembly Appropriations Suspense file where it will be considered at a later date.

OPPOSE - Assembly Bill 688, sponsored by Assembly Member Kansen Chu (D-25), would place stringent storage requirements on all firearms that are left in an unattended vehicle, regardless of the duration. The requirements set forth in this legislation are overly burdensome and in some cases unattainable storage options that are neither practical nor possible for the average firearm owner who may temporarily leave their vehicle unattended on their way into the field or to the range.  AB 284 was sent to the Assembly Appropriations Suspense file where it will be considered at a later date.

OPPOSE - Assembly Bill 893, sponsored by Assembly Member Todd Gloria (D-78), would prohibit the sale of firearms and ammunition at the Del Mar fairgrounds located in the 22nd District Agricultural Association on and after January 1, 2021.  AB 893 was passed by the Committee and will now head to the floor for a vote in the Assembly.

Today, the House voted 69-47 to advance House Bill 3096 after second reading. This clears the way for H. 3096 to receive a third reading tomorrow, where the House can vote to pass it.

Yesterday, the House of Delegates promptly voted 87-0 to concur with the Senate amendments to House Bill 2793. It now goes to Governor Jim Justice’s desk for his signature.