Texas: Contact Your State Senators and Urge Them to Support Senate Bill 19!

Senate Bill 19, an NRA-backed measure sponsored by State Sen. Bryan Hughes (R-Mineola), protects the rights of tenants of residential units or commercial spaces to lawfully possess firearms and ammunition in those locations, and to transport them directly en route between their personal vehicles and those residential units or commercial spaces.  Please contact your State Senator and urge him or her to support SB 19!

Landlords and building owners can currently disenfranchise gun owners and effectively deny them the ability to protect themselves through contractual provisions prohibiting the possession or storage of firearms in apartment leases, condominium rules or commercial leases.  Additionally, posting notice in common areas under Penal Code Section 30.05, 30.06 or 30.07 that prohibits firearms from being carried between personal vehicles and residential dwelling units or commercial offices forces gun owners to consider leaving their firearms in their cars or trucks, making them susceptible to theft.  This method of restricting the carrying of handguns also conflicts with Penal Code Section 46.02, under which a person can lawfully carry a handgun directly en route to a motor vehicle owned or controlled by the person.

Washington: Firearm Seizure & Other Bills to Be Heard In Committees 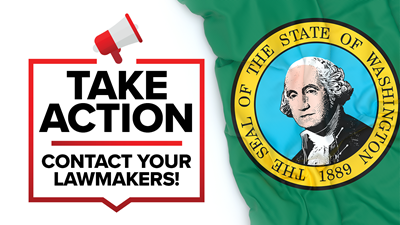