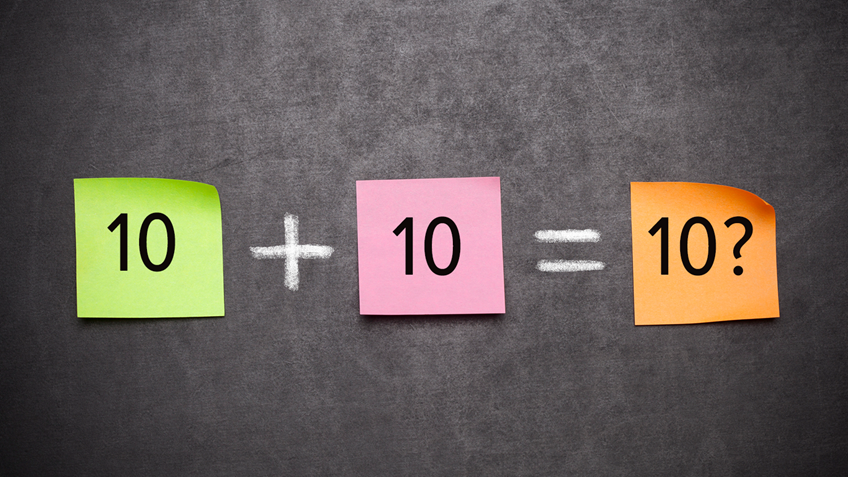 There are a lot of things Second Amendment supporters and gun control advocates disagree on, including history, constitutional interpretation, the frequency of armed self-defense, and the role of human agency in violent crime.

But one thing everybody should have a common understanding of is numbers and mathematics.

Unfortunately, recent events show that even when it comes to numerals and counting, gun control supporters inhabit their own alternate reality.

Take, for example, the Statements of Rep. Jerrold Nadler (D-NY), Chairman of the House Judiciary Committee that advanced H.R. 8, commonly referred to as a “universal background check bill,” to the full House floor.

Nadler insisted during Wednesday’s debate on the bill that its opponents were exaggerating the penalties that could be assessed for violations. “I just want to point out that the penalty in this bill that keeps being cited as $100,000 is in fact $1,000,” he said (see this video at the 1:44:11 time mark).

Rep. Mike Thompson (D-CA), -- Chairman of the House “Gun Violence Prevention Task Force” and the author of H.R. 8 -- then took up Nadler’s theme, characterizing the $100,000 fine as among the “outrageous allegations that were made about this bill” (see video at 1:45:13).

Not only did both men neglect to mention that violators can also be punished by up to a year in federal prison – even if the recipient of the private transfer can possess the gun legally and intends to use it only for lawful purposes – both were wrong about the fine.

We think that bears repeating. The two men most responsible for H.R. 8’s passage through the House, including the man credited with writing the bill, both misrepresented the maximum fine that could be imposed for violations of the law it would create.

Where in that range a particular violation would be punished would of course be up to the sentencing judge, but nothing in H.R. 8 itself would prevent the judge from imposing the maximum penalties against any violator.

Nevertheless, gun control math requires that when foisting a law upon the public that could criminalize completely harmless conduct – such as gifting a cousin who is a police officer a shotgun to hunt turkeys with – it’s best to minimize the potential penalties by a factor of 100.

Another example of gun control math concerned the debate on H.R. 1112, a bill to extend the waiting period a dealer must observe before deciding whether or not to transfer a firearm to a purchaser whose NICS check has not been completed by the FBI.

Currently, the federal law states that such a transfer may occur when “3 business days … have elapsed, and the system has not notified the [dealer] that the receipt of the firearm by such other person would violate [federal law.]”

This is a critical provision to ensure legally eligible people are not denied firearm purchases simply because the FBI for whatever reason cannot or will not complete their NICS checks.

But in the fuzzy math of gun control, “3 business days” already equals a minimum of 5 calendar days.

That’s because, no matter what time of day the person tries to buy the gun, the ATF doesn’t consider the 3-day clock to start running until the following day.

And, according to ATF, the person isn’t eligible to pick up the firearm on the third day. Rather, the recipient has to wait until the day after the third day.

So 3 actually means at least 5 when it comes to how many days a person has to wait to obtain a firearm when the FBI’s “instant” criminal background check drags on for days, rather than seconds or minutes, the usual timeframe in which it is supposed to complete a check.

As recently as 2013, when the Manchin-Toomey Amendment (another expanded background check provision) was pending, even gun control supporting Democrats were willing to vote for a provision that would have gradually stepped down the 3-day safety valve period to 48 hours and then 24 hours.  That was one of the few provisions in that legislation that made sense. After all, continual advances in computer technology should deliver results more quickly, not less quickly.

But now, six years later, anti-gun Democrats want to go in the opposite direction. Under H.R. 1112, which passed the House on Thursday, the 3-day safety valve for open NICS checks would be eliminated.

The bill’s author, House Majority Whip James Cyburn (D-SC), suggested during debate on the bill that he considered this (a seemingly mandatory) 10-day “cooling-off period” for gun purchases (see video at 25:00), rather than a chance for the FBI to conduct additional research in exceptional cases.

“What would make one so anxious to purchase a gun in the first place?” Clyburn asked rhetorically during his opening remarks. “If you’ve got to have a gun right now, chances are you have no useful purpose, no redeeming value in the purchase of that gun,” he said. Clyburn continued: “And maybe we ought to participate here as members of this body in helping this purchaser with a cooling off period, which is all we’re asking to do here.”

Once again, this was the author of a gun control bill that just passed the U.S. House of Representatives suggesting that Americans, including those in grave danger of violent victimization, should be treated suspiciously for wanting to exercise their constitutional rights without arbitrary delay. Americans would be wise to take him at his word when he described his own legislation this way.

Meanwhile, the anti-gun media tried to minimize H.R. 1112’s effects, claiming the 3-day safety valve period would merely be extended to 10 days to give the FBI more time to conduct checks. See, for example, these articles in the New York Times, the Washington Post, and CNBC.

But contrary to how these and other news stories portrayed the bill, the dealer would not have the option of transferring the gun after the initial 10-day period.

Instead, the prospective purchaser at that point could only petition the FBI for a final answer to the check.

And if the FBI still did not answer, the dealer would have to wait an additional 10 business days before deciding whether or not to transfer the firearm.

And this is the bare minimum a purchaser with an unresolved NICS check would have to endure.

It’s also important to remember, as we recently noted, that NICS checks expire after 30 calendar days.

So it’s probable that because of weekends and other days when state offices are closed, potential purchasers with open delays will not be able to complete H.R. 1112’s 3-step wait-petition-wait process before they have to undergo another NICs check, which would restart the whole timeline.

When you tally it all up, the 10-day period repeatedly parroted in the uncritical media could actually turn into a repeating loop of month-long delays.

During final debate in the House, a hastily-written amendment was adopted supposedly to fix this problem. It would not.

And H.R. 8 and 1112 would, if enacted into law, have far-reaching negative effects on law-abiding gun owners.

That you can count on.

What Makes The AR-15;America’s Gun?; You Can Make It Your Own