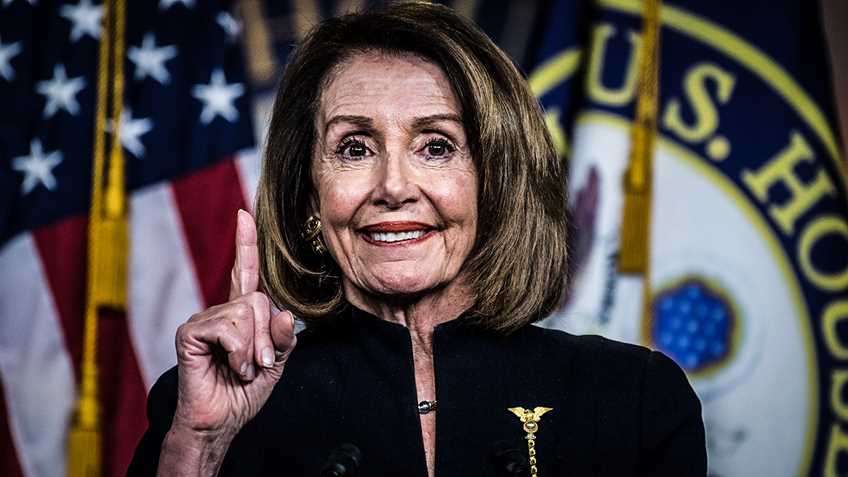 First, gun control supporters supposedly wanted a “national conversation” on gun violence. Then they purported to want Congress to enact so-called “common sense gun reform.” Now some anti-gun lawmakers are dispensing with any pretense of good or constitutional governance and revealing that they are willing to target guns and gun owners by executive fiat.

On February 14, Speaker Nancy Pelosi (D-Calif.) held a press conference where she excoriated President Donald Trump for his plan to declare a national emergency in order to shift funding to the construction of barriers along the Southern border. During her remarks, Pelosi declared,

Just think of what a president with different values can present to the American people. Want to talk about a national emergency? Let’s talk about today, the one year anniversary of another manifestation of the epidemic of gun violence in America. That’s a national emergency. Why don’t you declare that emergency Mr. President? I wish you would. But a Democratic president can do that. A Democratic President can declare emergencies as well.

Moreover, there is not an epidemic of the type of violence Pelosi cited. In 2018, researchers from Northeastern University led by Professor of Criminology James Alan Fox shared research that determined, “shooting incidents involving students have been declining since the 1990s.”

In fact, Fox was quoted in the article that presented the research as stating, “there is not an epidemic of school shootings.”

It is unclear from Pelosi’s vague comments what type of executive action she contemplates a future anti-gun president taking. Taking to Twitter the following day, Sen. Chris Murphy (D-Conn.) offered more detail, “If Trump gets away w this border emergency declaration, then a Dem President can declare a gun violence emergency and institute universal background checks and an assault weapons ban by executive action.”

Under the National Emergencies Act, when tasked with a pressing matter a president may declare a national emergency in order to activate certain statutory powers the Congress has authorized that would otherwise be unavailable to him. In this instance, President Trump has cited the power provided by 10 U.S.C. 2808, which permits the executive branch to undertake military construction projects in the event of a declared national emergency, in order to shift funds to the construction of a border wall.

There is no analogous statute that would authorize the executive branch to enact long-rejected gun control policies following the declaration of a national emergency.

Rather, thanks to an NRA-supported provision, federal law explicitly prohibits federal authorities from taking certain actions in relation to firearms and firearms owners pursuant to an “emergency.”

(a) Prohibition on confiscation of firearms

No officer or employee of the United States (including any member of the uniformed services), or person operating pursuant to or under color of Federal law, or receiving Federal funds, or under control of any Federal official, or providing services to such an officer, employee, or other person, while acting in support of relief from a major disaster or emergency, may--

(1) temporarily or permanently seize, or authorize seizure of, any firearm the possession of which is not prohibited under Federal, State, or local law, other than for forfeiture in compliance with Federal law or as evidence in a criminal investigation;

(2) require registration of any firearm for which registration is not required by Federal, State, or local law;

(4) prohibit the carrying of firearms by any person otherwise authorized to carry firearms under Federal, State, or local law, solely because such person is operating under the direction, control, or supervision of a Federal agency in support of relief from the major disaster or emergency.

Moreover, as the Congressional Research Service correctly pointed out in 2007 report on National Emergency Powers, “With the exception of the habeas corpus clause, the Constitution makes no allowance for the suspension of any of its provisions during a national emergency.” This, of course, includes the Second Amendment.

As for Sen. Murphy’s national emergency semi-automatic gun ban fantasy, Justice Antonin Scalia’s opinion in the U.S. Supreme Court case District of Columbia v. Heller explained that the Second Amendment protects ownership of firearms “in common use at the time” for “lawful purposes like self-defense.” In 2015, Justice Scalia made clear that this includes firearms such as the AR-15 when he signed onto a dissent from denial of certiorari written by Justice Clarence Thomas that noted,

Any effort to ban these commonly-owned firearms, under the guise of a national emergency or otherwise, is unconstitutional.

Desperate to enact federal gun control policies repeatedly rejected by the American people through their elected representatives and attack President Trump, anti-gun lawmakers have stooped to a fresh low. This latest outburst reveals not only their disdain for Second Amendment rights, but for our constitutional form of governance.

What to Make of Crime in England? 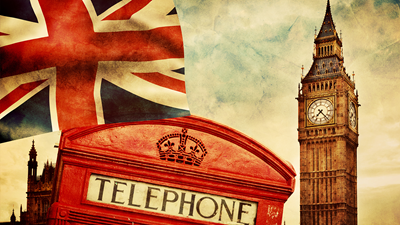