Washington: Hearing for Bill to Expand Gun Seizures Without Due Process

On February 19th, the Washington state Senate Committee on Law & Justice will be holding an executive session on Senate Bill 5745 to expand the circumstances under which Second Amendment rights may be revoked without due process.  In addition, the committee is also scheduled on February 21st to vote on Senate Bill 5434 to expand arbitrary zones where law-abiding citizens are left defenseless while nothing is done to hinder criminals.  Please contact committee members and urge them to OPPOSE Senate Bills 5745 and 5434.  Click the “Take Action” button below to contact committee members.

Senate Bill 5745, sponsored by Senator Marko Liias (D-21), would expand Washington’s existing Extreme Risk Protection Orders (ERPO) to allow Second Amendment rights to be suspended for individuals alleged to make certain threats by third party accusers with little, if any, real evidence and limited “due process” for the respondent.  Hearings for the orders would be ex parte, where the respondent would not be present to challenge the accuser and defend against allegations made against them.  The issuance of an order would immediately prohibit the respondent from exercising their Second Amendment rights.  The Right to Keep and Bear Arms should not be treated as a second-class right and should only be restricted consistent with the constitutional requirements of due process.

Senate Bill 5434, sponsored by Senator Claire Wilson (D-30), would increase the areas where law-abiding citizens are prohibited from possessing firearms, including holders of a Concealed Pistol License (CPL) carrying a handgun for self-defense.  It would turn child care facilities, libraries, public parks, and recreational facilities into “gun-free zones” where law-abiding citizens would be unable to defend themselves and their loved ones against criminals who simply ignore such arbitrary boundaries.  In addition, child care facilities would be required to post a “Gun-Free Zone” sign.

Again, please contact committee members and urge them to OPPOSE Senate Bills 5745 and 5434.

We write about the NICS report nearly every month, and have been doing so for quite some time. It’s an important story that needs to be told to reinforce Americans’ embrace of gun rights, but ... 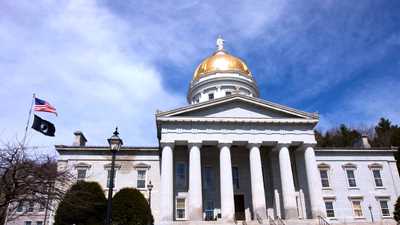 New Mexico: House Could Vote on HB 193 Any Day Now!