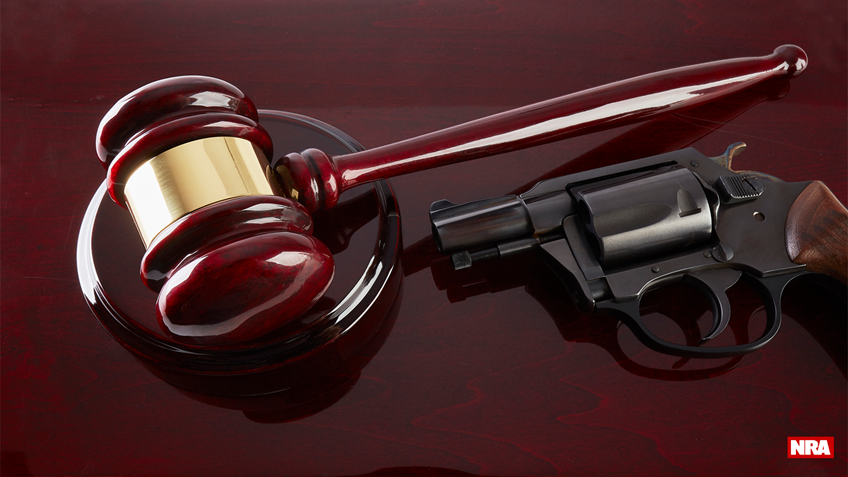 The Washington State constitution, Art. 2, sec. 1, contains an explicit direction that each “petition shall include the full text of the measure so proposed.” A state law incorporating this requirement specifies that all petitions circulated for signatures must have “a readable, full, true, and correct copy of the proposed measure printed on the reverse side of the petition.”

The purpose is to fight fraud and misinformation by ensuring that all voters being asked to sign the initiative petition have the opportunity, at the time, to inform themselves and verify the details of the proposed law they are being called upon to support, but a recent decision by the Washington State Supreme Court regarding the latest gun control initiative in the Evergreen State calls into question the effectiveness of these laws.

The text of Initiative 1639 filed with the Washington secretary of state covers 30 pages. In addition to using a font tiny enough to shrink all 30 pages-worth of text to fit on a single page of the petition, the initiative sponsors neglected to use, in the petition provided to voters, the actual text of the initiative as it had been filed. Compounding this failure, the teeny text included in the petition lacked clear indications to actually show the changes – the very many changes – to the existing law proposed by Initiative 1639.

Get the Facts About Initiative 1639

I-1639 is a blatant attempt to restrict the rights of Washington's law-abiding gun owners.

On August 17, Thurston County Superior Court Judge James Dixon agreed that the initiative petition did not meet the “readable, full, true, and correct copy” requirement and issued an order prohibiting I-1639 from appearing on the November ballot. He absolved the secretary of state from any alleged breach of duty, as the law at issue empowered the secretary to reject a petition only in specified circumstances, and a failure to comply with the “readable, full, true, and correct copy” directive was not included.

In such cases, though, Judge Dixon ruled it was the court’s duty to safeguard the interests of Washington’s voters and ensure “strict compliance with the initiative process.” He explicitly rejected the argument that close was good enough: “The court is not persuaded by the argument that substantial compliance is the proper analysis.” Holding up a copy of an actual petition page, he indicated the petition did not contain a “readable copy” of the initiative text, adding “I have 20-20 vision … I simply cannot read it.” Moreover, the petition lacked a true, accurate and correct replica of the initiative measure text as filed by the sponsor. “Voters have a right to know, and sponsors have a corresponding obligation to provide, what the initiative seeks to accomplish. …The text on the back of these petitions [does] not allow voters to make informed decisions. For this court to hold otherwise would be to condone noncompliance with the clear provisions of the law.”

The appellate court did not dispute the findings made by Judge Dixon regarding the failings of the petition – that the “text on the back of the petitions was not readable and did not strictly comply with the statutory and constitutional requirements.” Instead, the court, in a unanimous decision, sidestepped the compliance issue entirely and held that the court lacked the authority to intervene. According to the Supreme Court, pre-election judicial review to protect the integrity of the initiative process and the mandates of the constitution was not available in this case. The court’s inherent mandamus power could be invoked to compel a public officer, like the secretary of state, to perform a nondiscretionary duty imposed by law. However, because the secretary “has no mandatory duty to not certify an initiative petition based on the readability, correctness, or formatting of the proposed measure printed on the back of the petitions,” the remedy could not apply.

In her press release following the appellate court’s decision, Secretary of State Kim Wyman referred to the fact that she had previously “expressed significant concerns over the formatting” of the initiative petition and concluded, “Our voters deserve full and clear information about what they’re asked to sign onto.”

The result of the ruling is that this flawed, unreadable, and non-compliant initiative has been cleared to appear on the ballot.

The decision to allow the initiative to proceed has also fueled perceptions among Washington State gun rights supporters that, in addition to fighting a massive funding disparity with the billionaire-backed sponsors of the initiative, they face an uphill battle to have their legitimate concerns about something as basic as following the rules addressed.

Already this year Washington State’s Attorney General Bob Ferguson, whose office is charged with the responsibility for preparing the ballot title and summary language for each initiative, unusually “broke with tradition” to throw his support behind I-1639. Shortly before May 9, when his office released the proposed ballot title and summary for the initiative, he expressed he was “deeply committed to [the initiative] and, in general, to having common sense gun reform laws in our state,” adding “It’s outrageous what we have, it’s deeply disappointing to me that our state Legislature won’t address these issues in a forthright manner…” This endorsement was cited in one legal challenge objecting to the proposed ballot title for I-1639, alleging, among other things, that the “Attorney General’s office has created a substantial reasonable suspicion in the eyes of the general public that the language used in this Concise Description has been drafted for maximum bias and support of the sponsors of the initiative by his unprecedented and very public statement of support for this initiative.” As a result of these several challenges, the ballot title was subsequently ordered to be revised by the court.

Following the August 24th court decision, many in Washington State have questioned to what extent any compliance with the constitutional provisions governing ballot measures is required. One outraged citizen went further, penning an article titled “Law is dead in Washington state: I-1639 is inarguably illegal.”

Washington State residents, and anyone else who is interested in more information on I-1639, is encouraged to visit the NRA’s website at https://www.initiative1639.org. In the meantime, we’ll continue to keep readers updated as more facts surrounding this unlawful initiative continue to unfold.