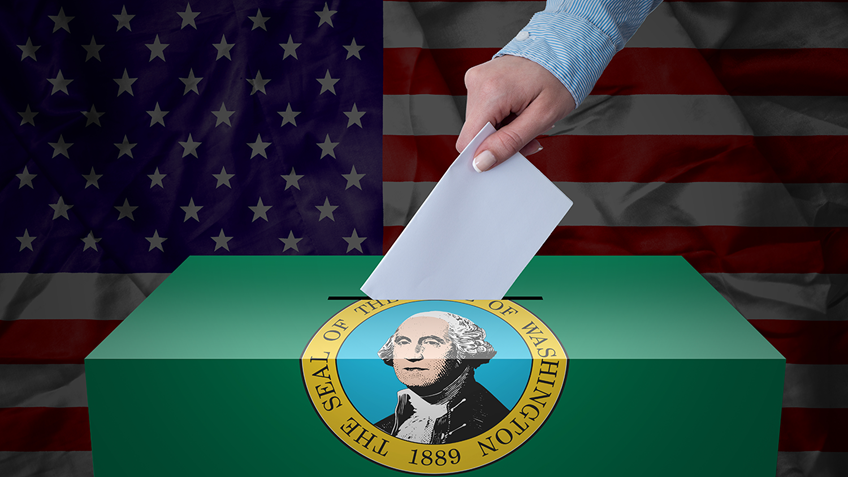 Proving that money can’t buy everything, Washington State’s most recent anti-gun ballot initiative may end up being derailed over a failure to comply with mandatory legal requirements, despite seven-figure funding through hefty donations from local billionaires and other big donors.

Under state law, the sponsors of a ballot initiative must collect signatures using a prescribed petition format and process. The State constitution requires that every petition must “include the full text of the measure so proposed,” which is echoed in a state law that mandates all petitions circulated for signatures must have “a readable, full, true, and correct copy of the proposed measure printed on the reverse side of the petition.” This guarantees that every voter being asked to sign the petition has an opportunity, beforehand, to review the complete text of the measure, so as to reduce misinformation, deception, or fraud regarding what is actually being proposed and supported by the signer. The Secretary of State’s Handbook on initiative laws confirms that the “Office of the Secretary of State must ascertain that the signer, at the time of signing the petition, had the opportunity to read the complete text of the measure. Otherwise, the Office of the Secretary of State cannot verify the signatures on that petition.”

The group behind Initiative I-1639, the Alliance for Gun Responsibility (AGR), has turned gun-control initiatives in Washington State into a cottage industry, with two previous ballot initiative campaigns. According to the AGR, I-1639 represents its “most comprehensive” initiative in Washington State to date. The Initiative document itself consists of 30 pages of wide-ranging and extensive changes to the state’s firearms laws on rifle sales and transfers, “assault rifles,” training requirements, gun dealer compliance, age to purchase or possess restrictions, new purchase and transfer fees, new firearm storage crimes, and more. This shows changes to the existing law in the traditional legislative manner, with underlining for additions and strikeouts for deletions.

Each petition sheet circulated to the signing public reads that the “undersigned citizens and legal voters…direct that the proposed measure known as Initiative Measure No. 1639… a full, true, and correct copy of which is printed on the reverse side of this petition, be submitted to the legal voters…” Not only were 30 pages of changes (now reduced to teeny text) crammed onto the back of each petition page but – unlike the original Initiative document – the petition pages lacked any indications, by way of strikeout or underlined text, to show the actual amendments being proposed to existing state law.

Concerned citizens initially raised these compliance issues in June. In their application seeking a court injunction to prohibit Washington’s Secretary of State from accepting the signed petition, the court declined to intervene, concluding that court review was “authorized only if the Secretary [of State] refuses to file the petition.” In the meantime, I-1639’s sponsor continued to use the same petition pages to collect signatures.

The Secretary of State acknowledged that “significant” constitutional concerns had been raised regarding I-1639’s petition format and confirmed that the “petition sheets presented a text of the measure that lacked underlining and strikethroughs to explain its changes to existing law,” but Initiative 1639 was, regardless, certified for inclusion on the November 2018 ballot.

Early this month, the NRA and Alan Gottleib of the Second Amendment Foundation filed two separate lawsuits against the Secretary of State, seeking to enjoin the certification under state law.  By incorrectly labeling the petition information as the actual text of I-1639, the Initiative sponsor violated the explicit, mandatory statutory direction that a “readable, full, true, and correct” copy of the Initiative be included with the petition pages. More significantly, this was also false, misleading, and unfair to voters. Under this “I-1639 bait-and-switch,” not only were voters asked to sign a petition containing a copy of the proposed measure that was almost impossible to read, the text made it impossible to distinguish between current law and the changes being proposed. “None of the voters who signed the Submitted Petition had a copy of the actual text of I-1639 on the petition that they signed, and there is no proof that any of the voters who signed the Submitted Petition had an opportunity to review the text of the initiative to be placed on the ballot.”

In addition to the defective, incorrect text and print so voluminous and small that voters could scarcely be expected to read it, the lawsuit also raises claims of “misleading signage [and] untruthful signature gatherers” – one source contends that “paid signature gatherers were caught on film telling voters the initiative had nothing to do with gun control.”

A hearing date has been set for August 17. The NRA will continue to update readers on developments in this litigation.