Fairfax, Va.— The National Rifle Association Political Victory Fund (NRA-PVF) is proud to announce its endorsement of Ron DeSantis for governor in the 2018 Florida general election.

“At a time when the Second Amendment is under attack like never before, Ron DeSantis has stood strong in protection of our freedoms and been a steadfast supporter of law-abiding gun owners,” said Chris W. Cox, chairman, NRA-PVF. “DeSantis voted for the strongest self-defense bill ever to come before Congress, supported pro-sportsman legislation, and worked to protect the constitutional rights of our veterans.”

DeSantis has earned an “A” rating from the NRA. This grade is reserved for candidates with an excellent voting record on critical Second Amendment issues. During his time in Congress, DeSantis voted for the Concealed Carry Reciprocity Act, which would ensure that the nearly 20 million law-abiding Americans who can carry a concealed firearm in their home state are able to carry across state lines. In addition, DeSantis voted for the SHARE Act, which would protect the rights of hunters and sportsmen. And he supported legislation to protect both veterans and Social Security beneficiaries from losing their Second Amendment rights.

“Ron DeSantis is the only candidate in this race who will fight to protect the constitutional rights of all law-abiding citizens. The NRA encourages all Floridians to vote Ron DeSantis for governor on Nov. 6,” Cox concluded. 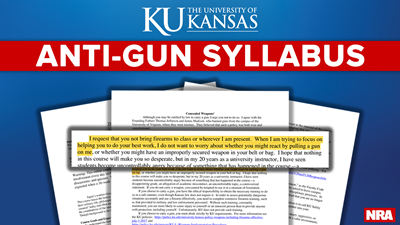