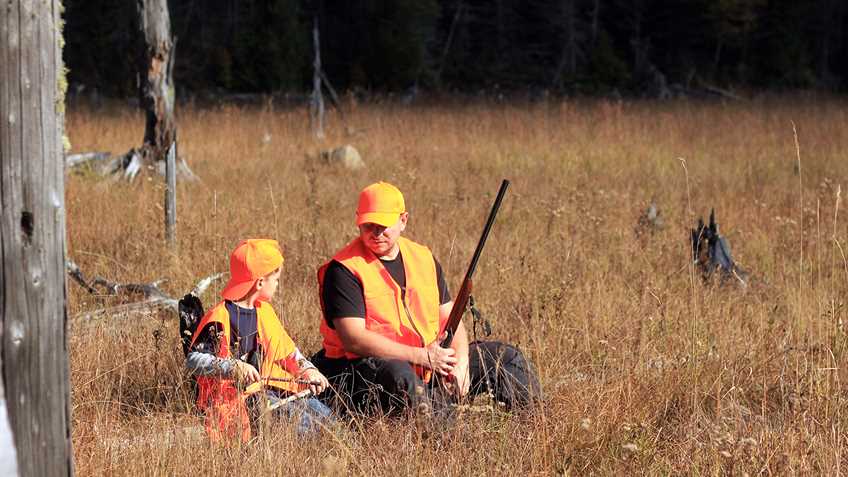 With deer season underway in some parts of the state and fast-approaching in others, and upland game bird season just around the corner, including dove-opener this weekend, it is important for hunters to be mindful of California’s non-lead ammunition hunting requirements imposed by AB 711 (2013) which NRA opposed. NRA has previously alerted hunters about the first and second phase of AB 711, which drastically expanded California’s restrictions on hunters using lead ammunition from previous years. These restrictions remain in effect this season.

Given the drastic changes caused by AB 711, its provisions were decided to be phased in over time, up until July 1, 2019, when they will be expanded to apply to the taking of any wildlife with a firearm in California. The first phase, which has been in effect since July 1, 2015, requires all California hunters to use certified “non-lead ammunition” when taking: (1) Nelson bighorn sheep anywhere within the state; and (2) any wildlife within a state Wildlife Area or an Ecological Reserve.

Additionally, as of July 1, 2016, AB 711’s second phase has taken effect. It requires hunters to use certified non-lead shot when taking any upland game birds anywhere in the state, except for dove, quail, snipe, or any game birds taken under the authority of a licensed game bird club. In other words, it requires use of non-lead shot statewide for taking turkey, chukar, and pheasant that are not hunted on the grounds of a properly licensed club. This second phase restriction also applies to game birds taken with a shotgun under a depredation permit.

While those hunting dove, quail, snipe, or any game birds taken under the authority of a licensed game bird club need not worry about the “Condor Zone” and instead only Wildlife Areas and Ecological Reserves, deer hunters must worry about both. Deer hunters should be aware that the California Condor Range includes portions of zone A, as well as all of zones D7, D8, D9, D10, D11, and D13. Hunting deer in any of these areas will require the use of non-lead ammunition.

For your convenience, NRA and CRPA have put together a quick reference guide to determine whether a particular hunt will require using non-lead ammunition. 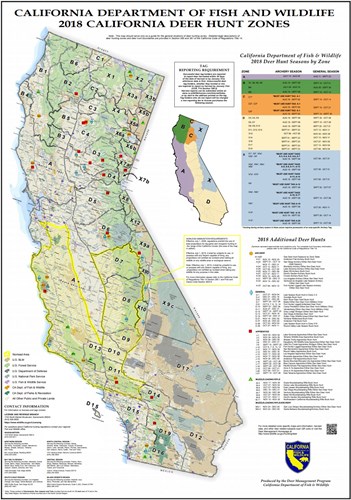 For a full-size downloadable version of this map, visit https://nrm.dfg.ca.gov/FileHandler.ashx?DocumentID=122314&inline

We strongly encourage all hunters to contact the California Department of Fish and Wildlife before going out to the field to determine whether the area you plan on hunting requires use of non-lead projectiles. For more information, contact the Department’s Wildlife Branch – Game Management at:

Additionally, you can also call or visit any one of the Department’s Field and Regional Offices, a list of which is available online at https://www.wildlife.ca.gov/Explore/Organization/LRB.

Hunter’s Guide to Understanding and Complying with

NRA and CRPA have been at the forefront of the fight to protect traditional ammunition in California for years and achieved important successes prior to the passes of AB 711. Despite this setback, NRA and CRPA are not giving up on protecting their members who hunt in California from the lead ammunition ban. They will continue to monitor its implementation and enforcement to make sure hunters are treated fairly and according to the law.

To that end, NRA and CRPA have now published the Guide to Understanding and Complying with California’s Lead Ammunition Restrictions, which can also be found on the California Stand and Fight web page.  This helpful and important guide serves as a comprehensive resource for hunters who need to know about California’s lead ammunition restrictions. The guide will aid hunters in navigating California’s complex lead ammunition regulations, especially when using traditional lead ammunition for hunting while doing so remains legal in certain areas for a limited time.

As explained above, the new law will require the use of non-lead ammunition for all hunting statewide beginning July 1, 2019. In the years leading up to the total statewide ban, lead ammunition used for hunting will be incrementally restricted in phases. The guide explains each of the three phases in detail and will help hunters comply with these patchwork restrictions as they take effect.