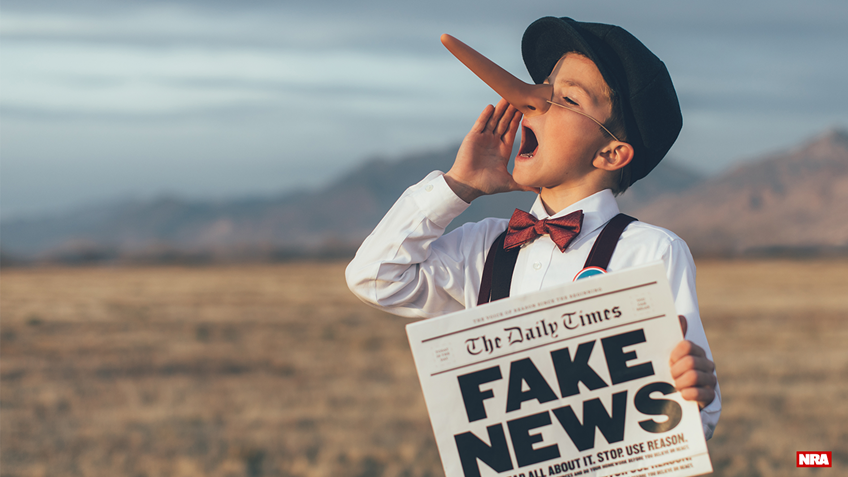 On Thursday, over 300 media outlets joined in a coordinated effort to push back against President Donald Trump. That will hardly come as a shock to many Americans, as it seems mainstream news organizations have done little else throughout his tenure in the White House. Indeed, the stunt was perhaps the most vivid and explicit demonstration to date of the mass groupthink, negative Trump obsession, and narrative of victimhood that characterize the modern media landscape.

The Boston Globe led the campaign, characterizing it as a response to the White House’s “dirty war against the free press.” A senior editor proclaimed: “We are not the enemy of the people.”

On the latter statement, we can at least agree in principle. The Bill of Rights is explicit that “Congress shall make no law … abridging the freedom of speech, or of the press, or the right of the people … to petition the Government for a redress of grievances.” These rights have been broadly interpreted to prohibit government officials and entities of all types from engaging in censorship or suppression of free expression.

Americans should be grateful for those freedoms and protections.

However, the mainstream media has become its own worst enemy by abusing its considerable freedom and squandering whatever goodwill and trust it had with America at large.

In a recent poll of nearly 4,000 Americans, 72% expressed the belief that "traditional major news sources report news they know to be fake, false, or purposely misleading,” with nearly two-thirds attributing the reporting of fake news to the promotion of an agenda. Democrats polled tended to be significantly more trusting of media, while Republicans or Republican-leaning Independents were significantly less so.

That’s not President Trump’s fault. Americans’ trust in media had been falling long before he took office.

And despite the media’s mass pity party for themselves on Thursday, it’s hard to imagine any administration in history that has been subjected to greater press scrutiny – to say nothing of disrespect and vitriol – than the Trump administration. Any suggestion that Trump’s efforts have somehow cowed or suppressed critical coverage of him would be the ultimate example of “fake news.”

What the media is reacting to is not a “dirty war” against them, but a new landscape in which a few well-established, for-profit corporations who claim the high ground of the First Amendment can no longer co-opt or set the terms of the national debate without expecting their own pushback or scrutiny. Americans have awakened to the fact that the self-proclaimed “guardians of truth” must be viewed with a critical eye, and media watchdogs have more tools than ever before to hold irresponsible journalists accountable and to correct the record.

And, yes, we also have an American president who will use tools of modern communication to bring his messages directly to the people and to aggressively counter the tsunami of negative coverage he faces virtually every minute of every day. For many Americans used to watching their chosen representatives be treated like mute punching bags by a sneering, condescending press loyal to the opposition party, it can be bracing to see one finally standing up for himself.

Gun owners in particular have reason to reject the media’s victimhood narrative. We have seen far too many examples of false and misleading media reporting on firearm and Second Amendment related issues to attribute the phenomenon to mere ignorance or laziness. What follows are just a few of the more egregious examples.

Ironically, the most obvious indictment of the media was their inability to report accurately or insightfully on the biggest political story of the 21st Century to date: the success of Donald J. Trump’s insurgent candidacy for the presidency of the United States. It would be an understatement to say they misjudged the depth of discontent arising from the Obama years, the horror with which many regarded Hillary Clinton, or the desire millions of Americans had for a leader who would unabashedly affirm America’s greatness.

Had gun owners taken reporting on the 2016 election at face value, they might have accepted defeat without even showing up at the polls. Then instead of a pro-gun president, they would have had one who believed the same Supreme Court that declared the right to keep and bear arms a fundamental individual liberty was “wrong on the Second Amendment.” Pro-gun Americans’ ability to trust their own instincts and persevere in the face of what the media suggested were hopeless odds literally changed the course of the nation’s history.

Another monumental falsehood perpetrated by the media is that the Second Amendment has nothing to do with the individual right to possess a firearm for self-defense. They did this before the U.S. Supreme Court squarely and conclusively ruled otherwise in 2008 (thereby confirming the prevailing view of the American public), and they’ve continued to do so since then. And to whatever extent they are willing to admit the high court’s precedent makes their own views largely academic, they respond by calling for the outright repeal of the Second Amendment or, more dishonestly, by suggesting that all the gun control they want is completely compatible with it.

But however the media attempt to couch their arguments, they remain nearly unanimous: Congress can and should ban guns, whether that means merely the most popular ones or all of them. Simply put, American gun owners who believe in a robust and meaningful Second Amendment know the mainstream media is and long has been working in the opposite direction. This is a remarkably hypocritical posture for an industry that likes to claim the First Amendment as its mandate and shield.

The third way the media has shown its bias against gun owners is by characterizing them as bad or uncaring people and attacking the NRA in the public square. They have suggested that Americans love their guns more than their own children. They have cast support for gun control (the efficacy of which remains mostly unproven) as a moral imperative. They have called the NRA – and by extension, its millions of law-abiding members – “a terrorist organization” and have accused them of having “blood on their hands” and being responsible for the deaths of innocents. They have advocated for shunning gun owners and the lawful industries that support the Second Amendment, not just in polite society, but through the means of modern commerce.  At least one article in the Washington Post even suggested that merely owning a gun makes a person “responsible” for firearm-related violence committed by others.

On top of this are nearly daily examples of reporters’ laughable ignorance, fear-mongering, shady factual claims, and transparently biased “fact-checking” regarding firearms and firearm-related violence in the U.S.

The overall picture is of a media apparatus lacking in judgement, professionalism, trustworthiness, and familiarity with the lives and values of millions of ordinary Americans.

To be sure, there are exceptions, and some reporters work diligently and ethically to report accurate information, even when it goes against the conventional wisdom of their colleagues.

But journalists fretting over their public image have more to fear in the practices of their peers than in any characterizations of their profession coming from the White House. If they want to counter the narrative that they are blindly and single-mindedly focused on hounding a president from office at any cost, openly colluding to scold him for rhetoric that merely mirrors their own contempt may not be the best place to start. 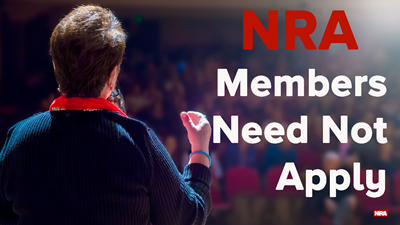