Gun control advocates undoubtedly awoke with a piercing headache Wednesday morning as the news sunk in that the U.S. appellate court for America’s largest circuit has recognized that the Second Amendment protects a right to openly carry loaded firearms in public for self-defense. The ruling came Tuesday in the case of Young v. State of Hawaii.

George Young is a veteran infantryman, law enforcement officer, and Hawaii native who was turned down for both concealed and open carry licenses in Hawaii County, at which point he filed his own federal lawsuit challenging the county’s administration of the state’s licensing laws for firearms carry. Young’s primary claim was that the county’s denial of his applications violated his Second Amendment right to carry a loaded firearm in public for self-defense. The trial court initially dismissed his complaint, ruling that the Second Amendment “establishes only a narrow individual right to keep an operable handgun at home for self-defense,” and does not implicate the public carrying of firearms at all.

Young appealed with the help of California attorney Alan Beck, who took on his case for free. The case was heard by the U.S. Court of Appeals for the Ninth Circuit, a longstanding battlefield for attempts to vindicate the right to “bear” arms under the Second Amendment, with the challenges primarily arising from California’s notoriously strict gun control laws.

Most recently, an en banc panel of the Ninth Circuit had dodged the question of whether various California counties could effectively limit carrying in public for self-defense to those who could show an extraordinary “need” to do so. By the time that case was heard, California had banned the open carrying of firearms in public for self-defense outright, but concealed carry licenses for this purpose remained theoretically available.

Nevertheless, California counties have considerable discretion in implementing the state licensing laws, and some local licensing officials require applicants to show an extraordinary need for self-protection that distinguishes them from the general population. This requirement by design eliminates the vast majority of otherwise qualified applicants.

Yet rather than answer the essential question of whether the Second Amendment protects a right of public carry, the en banc Ninth Circuit simply decreed that concealed carry was not protected and that the plaintiffs therefore could not make a Second Amendment complaint for denial of a license to do so. The upshot is that California residents in the affected counties have no legal option for exercising their right to bear firearms in public.

That case, however, left undecided whether open carry of loaded firearms in public for self-defense might still be protected, and that was the claim that Mr. Young pressed before the appellate court. Two out of three judges answered this question in the affirmative. “The right to bear arms must include, at the least, the right to carry a firearm openly for self-defense,” Judge Diarmuid O’Scannlain wrote for the majority. The court therefore remanded the case to the lower court for further proceedings, presumably so it could order Hawaii County to reevaluate Mr. Young’s application for an open carry license without regard to local regulations that effectively limit such licenses to carrying for professional purposes.

What this decision means for the other jurisdictions in the Ninth Circuit – which includes Alaska, Arizona, California, Hawaii, Idaho, Montana, Nevada, Oregon, Washington State, Guam, and the Northern Marianas Islands – remains to be seen. The court hinted, but did not decide, that a concealed carry licensing regime might be sufficient to protect the right to bear arms by offering an “alternative channel” for lawful public carry. It also made clear, however, that access to the right cannot be limited to “a small and insulated subset” but must include, as a rule, “the typical, law-abiding citizen.” It additionally went on to clarify that “nothing in our opinion … would prevent the State from regulating the right to bear arms,” provided the regulations did not render the right a mere “illusory promise.”

That obviously leaves many questions left unanswered. The court’s decision therefore should not embolden residents in restrictive jurisdictions to immediately ignore local laws and expect to open carry with impunity. How far states and localities can go in regulating the right will undoubtedly take additional litigation to determine.

Needless to say, moreover, the split panel decision might not represent the final word in the case. It could still be reversed by the en banc court, as was a previous pro-carry panel decision written by Judge O’Scannlain. And, of course, Hawaii officials could also petition to have the case heard by the U.S. Supreme Court.

Nevertheless, the anti-gun wing of the Ninth Circuit has few maneuvers left to continue to deny the constitutional right to bear firearms in public. It would either have to be the first circuit to declare there was no such right at all or decide that a right the Constitution ascribes to “the people” applies only to a hand-selected few. So far, even the dominant liberal contingent of the Ninth Circuit has been unable to muster a majority opinion for either proposition.

Stay tuned. We will monitor developments carefully and report on them as they occur. 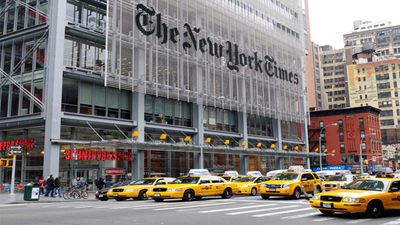