With shows like “Tales of the Gun” and “Mail Call” with R. Lee Ermey, the History Channel has often served as a place where gun owners can enjoy entertainment free from the anti-gun political messaging that pervades much of American media. Unfortunately, a recent episode the channel’s fiction series “Six,” a drama about the lives of members of U.S. Navy SEALs Team Six, embraced the usual Hollywood bias against guns.

As reported by the Media Research Center, the June 6 episode of the program, titled “Dua,” and July 18 episode “Scorpions in a Bottle” featured a storyline where fictional Navy SEAL Ricky Ortiz and wife Jackie debate the efficacy of firearms ownership.

In “Dua,” the couple have the following exchange, (transcript from MRC)

Jackie: I want a gun.

Jackie: I need a gun to protect the kids when you're not around.

Ricky: You know how hard we train just to use a gun safely, right? You'd be dangerous to yourself and to the kids more than anybody else. We're safe, bonita. I promise.

Jackie: Really? Tell that to Rip.

Jackie subsequently obtains a handgun, which her husband finds in “Scorpions in a Bottle,” leading to the following dialogue,

Ricky: I found it in the glove compartment of your car.

Jackie: I took the magazine out.

Ricky: No? This is what gets people like you killed. This is what kills our kids. And it happens all the time. This piece is around 600 bucks, and I know you didn't buy it. So who gave it to you?

Jackie: I'm sorry, Ricky. I was scared. You weren't here. I panicked. I'll get it out of the house.

Ricky: Who gave it you? Goddamn it, who gave it to you?!

This sort of anti-gun propaganda doesn’t happen by accident. In the 2000s, Entertainment Industries Council worked with the Brady Campaign and Violence Policy Center to inject anti-gun messaging into television programs. Today, Michael Bloomberg’s Everytown for Gun Safety employs a “Director of Cultural Engagement,” who described his position on his linked in page by explaining that “He oversees Everytown's storytelling efforts, partnerships with the creative community and develops cultural assets that mobilize Americans to support common sense reforms...” Similarly, the Brady Campaign has consulted for writers from CBS’s “The Good Wife” and ABC’s “Grey’s Anatomy.”

MRC’s report correctly pointed out that “Six” producers have played to sexist stereotypes in their portrayal of a woman as too incompetent to safely own and use a firearm to defend herself and her family. However, the show also mischaracterizes the U.S. Special Forces as opposed to civilian gun ownership and the right to armed self-defense. In truth, the U.S. Special Forces’ community has a history of staunch support for Americans’ Second Amendment rights.

The Special Forces Association and its membership affirms its recognition that the Second Amendment to the Constitution of the United States guarantees each lawabiding American citizen the right to keep and bear arms; and, be it

FURTHER RESOLVED that The Special Forces Association opposes all laws, ordinances, measures or rules by local, state, or federal governments that infringe or deprive honest citizens of their Second Amendment rights

The SFA reiterated this position in 2016, after former CIA Director David Petraeus and retired Army General Stanley A. McChrystal advocated for new gun controls. A statement from the organization read,

The Constitution and all of its amendments, realizing that only the existence of the Second Amendment guarantees the freedom of the American people and that the Bill of Rights was written to delineate and restrict the power of government and not to restrict the powers and rights of the people or states.

“Six” serves as yet another example that gun control advocates will stop at nothing to push their warped agenda, even if that means indoctrinating the public with sexist depictions of women or misleading characterizations of our country’s greatest heroes. 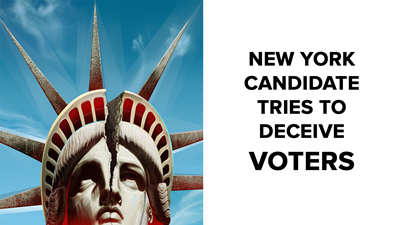