The National Rifle Association scored a significant victory on behalf of law-abiding gun owners with the issuance of a temporary restraining order in the case of Guns Safe Life, Inc. v. Village of Deerfield. The temporary restraining order issued by the Nineteenth Judicial Circuit Court for Lake County, Illinois bars the Village of Deerfield’s enforcement of an ordinance that bans possession of certain firearms and prohibits possession of ammunition magazines that are standard for many of the nation’s most common handguns and rifles.

“The NRA-backed challenge to the Village of Deerfield ’s ban on commonly owned firearms and magazines has cleared its first hurdle in the legal process,” said Chris W. Cox, the executive director of NRA Institute for Legislative Action. “Deerfield’s ordinance violates Illinois law, and we are prepared to fight this anti-self defense ordinance until it’s overturned in court.”

“This ruling is a significant victory because it allows law-abiding Deerfield residents to keep commonly owned firearms and magazines in their homes for self-defense while the case proceeds,” said John Boch, Executive Director of Guns Save Life. “We are gratified by the court’s decision.”

Absent the temporary restraining order the ordinance would have gone into effect on June 13, 2018. 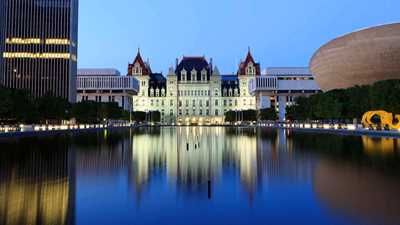