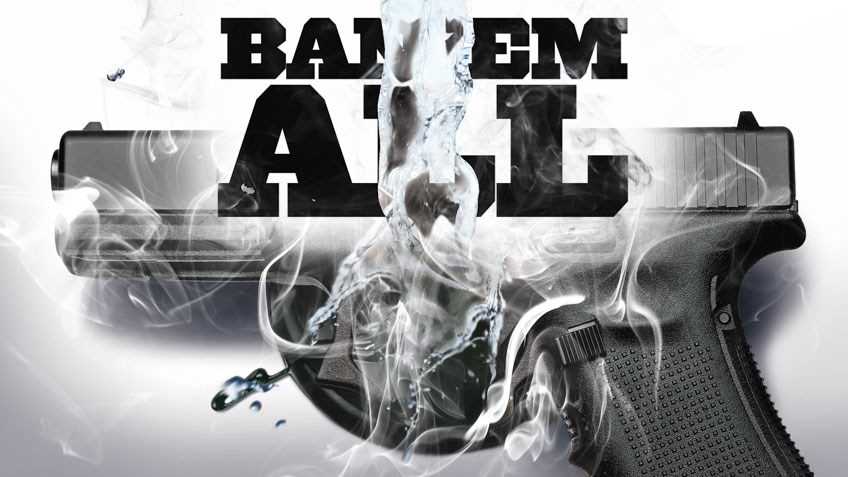 In typical collectivist fashion, The New York Times editorial board recently labeled an entire generation as gun control supporters and demanded, “It’s time, once again, for America to listen to its children.” While touting her latest bill to ban commonly owned semi-automatic firearms, Senate Bill 2095 (S. 2095), Sen. Dianne Feinstein, D-Calif., declared, “We owe it to these students to listen.” The Washington Post editorial board blared, “Students walking out of school taught the nation a lesson.”

All Americans, and especially gun rights supporters, should pay careful attention to what gun control advocates, both old and new, are actually saying. Doing so offers little in the way of intelligent policy, but it offers valuable insight into what the ultimate goal of gun controllers really is.

Swept up in what the Los Angeles Times called an anti-gun “moment that must be seized,” in recent months some gun control supporters have felt free to reveal the full measure of their ambition. Instead of confining themselves to the poll-tested talking points of the past and hiding behind terms like “common-sense gun laws” and “preventing gun violence,” they are now emboldened to advocate for their real goal.

As recently as 2016, anti-gun politicians and gun control advocates were assuring the public that they weren’t seeking a ban on commonly owned semi-automatic firearms. A June 16, 2016, Politico article contended that gun control supporters and their allies in Congress “want to emphasize measures that have broad support … rather than trying to take America’s most popular rifle … off the shelves.” A spokesperson for Michael Bloomberg’s gun control apparatus went so far as to tell the news outlet, “The [semi-automatic] ban isn’t part of the Everytown for Gun Safety’s platform.”

In 2018, however, every radical gun control measure the American people have rejected for more than a half-century is being openly advocated. Gun bans, gun registration, gun owner licensing, ammunition background checks, waiting periods, gun confiscation—even the repeal of the Second Amendment—have all been put forward.

This ambitious push was on full display at the March For Our Lives on March 24 in Washington, D.C. Demanding that politicians re-enact a version of the Clinton administration’s failed semi-automatic ban, one of the more prominent teen gun control supporters took to the podium to proclaim, “Welcome to the revolution. … The people demand a law banning the sale of assault weapons. The people demand we prohibit the sale of high-capacity magazines.” Another made clear that the gun control supporters are not interested in any sort of “reasonable” or “common-sense” compromise with gun owners, telling the audience, “When they give us that inch … we will take a mile. We are not here for bread crumbs. We are here for real change.” Another speaker went further, telling the cheering crowd, “I have a dream that enough is enough. And that this should be a gun-free world. Period!”

A survey of the anti-gun crowds told a similar story. Attendees waved signs that said, “Repeal the 2nd Amendment,” “I wish Obama had taken your guns,” “Yes, in fact, I am here to take your guns,” and “Ban all guns.” Other marchers took umbrage with the mere fact that gun owners would organize to use the democratic process to defend their fundamental rights. Anti-NRA signs stated that “The NRA is a terrorist organization.”

Moreover, the unrestrained rhetoric extended to gun control supporters’ accounts of the event. While organizers claimed that 800,000 had participated in the D.C. march, CBS placed the number at a mere quarter of that total, citing an analysis of aerial photos from a digital imaging firm.

Public transportation data bolsters the lower figure. Metro reported that just over half the number of people rode the D.C. train system as rode it the day of the 2017 Women’s March, which, according to The New York Times, had about 470,000 attendees. In response to the gun control march organizers’ inflated total, Metro Spokesman Ron Holzer told The Washington Post, “Our ridership did not reflect that.”

Stevens’ proposal has created significant debate within the gun control community—not about substance, on which they clearly agree, but about tactics.

Even the notion that it was a youth march proved false. Research by University of Maryland Sociology Professor Dana R. Fisher found that a mere 10 percent of attendees were under 18. The average age of participants over the age of 18 was about 49.

Whatever the scope and character of the gun control march, the prohibitionist message of those gathered was not lost on former Associate Supreme Court Justice John Paul Stevens. Three days after the event, The New York Times published an opinion piece that Stevens wrote headlined “Repeal the Second Amendment.” As you probably remember, Stevens wrote the dissenting opinion in the Supreme Court’s landmark Heller decision, arguing that the Second Amendment does not protect an individual right to keep and bear arms.

In his op-ed, Stevens lauded the “civic engagement” of the gun control advocates and contended that the “demonstrations demand our respect.” Stevens went on to urge the anti-gun advocates to move past their former, piecemeal approach to dismantling the Second Amendment and to start working toward a “more effective and more lasting reform.” According to Stevens, “They should demand a repeal of the Second Amendment.”

Recognizing the ultimate goal of these gun control supporters, the former Supreme Court justice concluded, “[T]hat simple but dramatic action would move Saturday’s marchers closer to their objective than any other possible reform.” Leaving little mystery as to where the Old Gray Lady stands on the matter, Stevens’ piece followed a 2015 New York Times frontpage editorial that called for the confiscation of certain categories of semi-automatic firearms. More recently, Times columnist Bret Stephens has twice called for the repeal of the Second Amendment.

Stevens’ proposal has created significant debate within the gun control community—not aboutsubstance, on which they clearly agree, but about tactics.

On the one hand, there are those who welcomed Stevens’ candor. Jack Holmes of Esquire wrote a piece titled, “More Democrats Should Be Calling for the Repeal of the Second Amendment.” Some soon obliged. Louisiana Democratic Party Chair Karen Carter Peterson tweeted, “Repeal the Second Amendment” with a link to Stevens’ column. Democratic Executive Committee member for Florida’s Miami-Dade County Christopher M. Norwood penned an op-ed for the Miami Herald that called on Florida to “[lead] the charge” for repeal.

Knowing the damage such honesty could inflict on their political prospects, other gun control supporters have attempted to move the conversation away from repeal. Aaron Blake of The Washington Post called Stevens’ piece “supremely unhelpful” in that it “lent credence to the talking point that the left really just wants to get rid of gun ownership” and threatens “the recovery of the Democratic Party.”

Gun control supporter and President of the Brennan Center for Justice at NYU School of Law Michael Waldman wrote in the Los Angeles Times that Stevens’ piece “gives cover” to the allegedly “false notion that gun control advocates want to ‘take our guns.’” Waldman called any attempt to repeal politically “unwise” but also “unnecessary,” in that, according to his interpretation, the Second Amendment doesn’t really prevent firearm restrictions anyway.

Gun rights supporters should find it telling that even those gun control advocates who have publicly opposed Stevens’ position have done so entirely as a matter of political strategy, rather than out of any legitimate concern for our Second Amendment rights. Despite what they might say about tactics, they don’t disagree with Stevens on substance.

Modern gun control advocacy was born out of a desire to abolish the private ownership of handguns. That has never changed. Avid gun rights supporters who judiciously follow the gun debate have long understood anti-gun activists’ efforts to lay the infrastructure for confiscation and either repeal the Second Amendment or render it a nullity. The gun rights community now must use gun control advocates’ recent honesty to warn our family, friends and other freedom-minded individuals of the future our opponents are seeking for America. We can’t afford to sit on the sidelines and watch our freedoms disappear.