House Bill 3610, presented by Representative Marjorie Decker (D-25th Middlesex), would allow for the issuance of protective orders to infringe on Second Amendment rights based on third party allegations and little, if any, real evidence and limited due process for the respondent.  The issuance of an order would result in the immediate suspension and surrender of any license to carry firearms and firearms identification card which the respondent may hold.  The respondent would also be required to surrender all firearms and ammunition.

Constitutional rights should only be restricted with proper due process of law.  The reasons for this are two-fold.  It limits restrictions on constitutional rights to only serious convictions and adjudications that provide greater procedural protections to the accused, which results in more reliable proceedings.  The Right to Keep and Bear Arms should not be treated as a second-class right and should only be restricted consistent with the constitutional requirements of due process.  Further, for truly dangerous individuals, these bills do nothing to incapacitate the subjects of the orders, so their ability to harm others wouldn't be addressed by this bill.

Senate Bill 2476 would subject “electronic stun guns” and “electronic dart guns” to the same licensing requirements as handguns in order for citizens to “possess, purchase, carry, transfer, or otherwise utilize for defensive purposes.”  In addition, it would require all electronic stun guns sold to have a mechanism that tracks the number of times the device has been fired.  Such restrictions will only serve to increase the red tape and cost for law-abiding citizens to acquire these self-defense devices without affecting criminals.  With the stun gun ban being struck down recently, it is time to allow law-abiding citizens to own and carry these devices for self-defense without any last-ditch efforts to deny or discourage the exercise of this right. 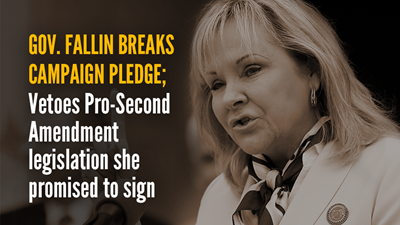