As NRA-ILA reported on April 27, peaceful Switzerland is in the crosshairs of international and domestic gun control advocates who are intent on abolishing the idyllic nation’s tradition of an armed citizenry. Using the 2017 changes to the European Firearms Directive as justification, these foreign and home-grown forces are attempting to burden the tranquil republic with gun controls the Swiss people have continually rejected. However, as was pointed out in a recent Bloomberg article, many Swiss citizens are refusing to take this assault on their inalienable rights and national sovereignty lying down.

As members of the Schengen Area, non-EU members Switzerland, Norway, Iceland, and Lichtenstein are obligated to comply with certain EU laws. In 2017, the EU imposed further firearms restrictions on its Member States when it enacted a new version of the European Firearms Directive. Under the European Firearms Directive, all Member States, and those under the Schengen Agreement, are required to meet a minimum threshold of gun restrictions. The 2017 update enacted more stringent firearms registration and licensing requirements, and re-categorized certain types of semi-automatic firearms and their magazines in a way that nearly prohibits civilian possession.

The Swiss Federal Council has put forward gun control legislation that would bring the country’s gun laws in line with the new Firearms Directive, contending that the onerous new rules would require “little effort” from gun owners. As NRA-ILA previously noted and the Bloomberg piece reiterates, Swiss gun rights group ProTell and the Swiss People’s Party (SVP) are leading the charge against the new legislation.

Referencing a Firearms Directive provision that would make it harder for Swiss citizens to possess semi-automatic firearms and the Swiss tradition of permitting members of the militia to possess their military rifle after service, Bloomberg quoted ProTell Secretary-General Robin Udry as stating, “It would mean that the day you leave the army, you’re no longer trusted with your SIG 550 and treated like a potential terrorist or criminal.”Udry went on to explain, “In Switzerland, these kind of guns are all very well-controlled, so why should we now accept legislation from the EU when we don’t have this problem?”

In a piece for the SVP website, National Councilor David Zuberbühler outlined the party’s position on the new EU gun law. Zuberbühler explained that complying with the new rules would result in more bureaucracy and less security, by requiring the Swiss cantons to establish large and costly administrative schemes. Noting that the new restrictions would do nothing to combat terrorism, the councilor explained that violent criminals would acquire their weapons on the black market. Zuberbühler also pointed out that in 2011 Swiss citizens had the opportunity to adopt strict gun controls through a referendum. These gun restrictions were rejected at the polls.

Further, there is increasing evidence that Swiss citizens are gearing up for a fight. According to English-language Swiss news site Swissinfo.ch, ProTell membership rose 44 percent from June 2017 to April 2018, fueled by opposition to the new EU gun restrictions. The site quoted interim ProTell President Jean-Luc Addor, who said, “This increase shows that more and more citizens are worried about their rights and freedoms in this country.”Confident in the Swiss people’s respect for their right to keep and bear arms, ProTell has warned politicians that it is prepared to gather the 50,000 signatures necessary to hold a referendum to reject the new EU gun laws.

As with other attempts to exert national sovereignty in the face of the EU superstate, some have resorted to fear tactics to force the Swiss to comply with the new Firearms Directive. According to the Bloomberg piece, Pierre-Alain Fridez of the Swiss Socialist party has warned that if the Swiss do not capitulate, they would be thrown “out of Schengen” and would “lose the freedom of movement.” Swedish Green Party Member of European Parliament Bodil Valero had a similar warning, stating that a failure to comply “would drive a wedge between the EU and Switzerland and could lead to sanction measures.”

Director of the Global Studies Institute at the University of Geneva Rene Schwok offered a more measured take on the potential referendum. Schwok explained, “The Federal Council and the parliaments will ultimately not automatically abandon Schengen just because of this vote…They will try to negotiate an arrangement with Brussels.”

NRA-ILA will continue to monitor Swiss gun rights supporters’ battle to preserve their republican heritage of an armed citizenry and will apprise our members of the latest developments in this vital fight for freedom. 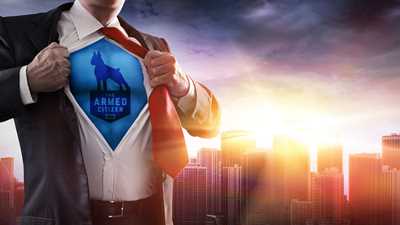