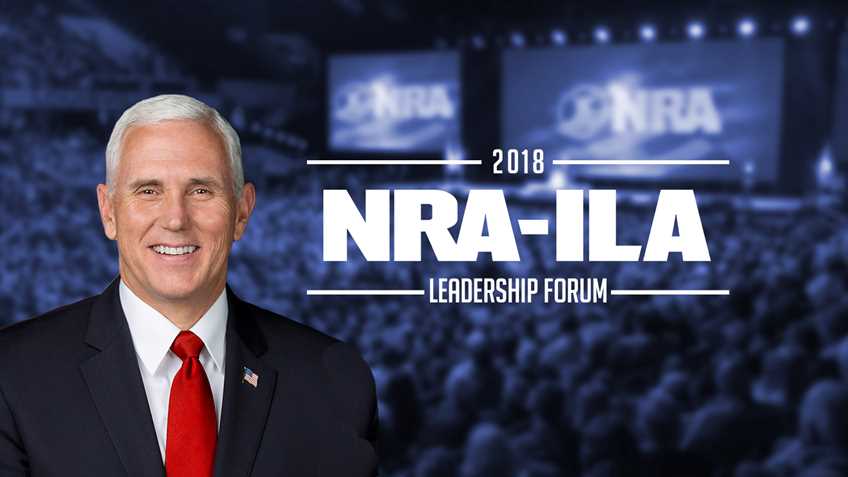 Fairfax, Va.— The National Rifle Association (NRA) Institute for Legislative Action (NRA-ILA) today announced that Vice President Mike Pence  will keynote the annual NRA-ILA Leadership Forum on Friday, May 4, in Dallas, Texas. The event kicks off the 2018 election cycle and will feature a powerful lineup of pro-freedom speakers.

"It's an honor to have Vice President Pence address our members in Dallas. He is a lifetime supporter of the Second Amendment and he has a long a record of fighting to defend our freedoms. Now more than ever we need principled people in public office who will fight to defend the Constitution. Our members are excited to hear him speak and thank him for his leadership." —Chris W. Cox, executive director of the NRA-ILA