Banning Guns with the Ballot Box 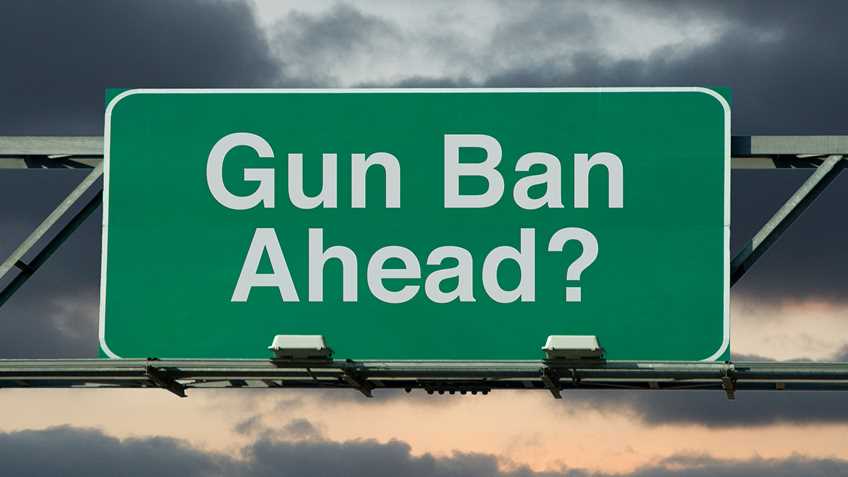 Anti-gun extremists continually try to paint themselves as “reasonable,” and only want to present the image of seeking to promote “common sense” ideas that will serve to protect our citizens, while not infringing on the right to personal protection.  That, however, is rarely what they seek to actually implement.  As an example, we present Oregon’s Initiative Petition 43 (formerly Initiative Petition 42).

In Oregon, citizens are allowed to petition to place an initiative on the ballot that would let voters establish state law.  Within this process, it also allows for anti-gun organizations to pay others to circulate petitions and obtain signatures.  In other words, people who don’t even live in Oregon can work towards restricting your rights as a law-abiding gun owner.

In the case of Oregon’s Initiative Petition 43, what the proponents want to establish is a ban on some of the most commonly-owned rifles, handguns, and shotguns in America.  The firearms being targeted are those that most gun owners consider to be the best option for personal protection.

Should this proposal become law, and a law-abiding citizen who possesses one of these newly restricted items wishes to remain law-abiding, he or she will be required to either surrender it within 120 days, or register it and commit to storing it according to Oregon’s “safe storage” requirements.  Anyone who moves into Oregon with an affected item (magazine or firearm) would be required to dispose of it.

This initiative seeks to ban all semi-automatic rifles that fall under its version of the “Assault Weapon” category.  In this case, it considers any semi-automatic rifle capable of accepting a detachable magazine, and also having one arbitrarily determined cosmetic feature, to be subject to the ban.  Such cosmetic features include certain stock configurations that have no relationship to how the firearm operates, as well as other attachments that have no impact on the firearm’s actual function.  By comparison, when the failed federal “Assault Weapons” ban of 1994 was passed, it required two of these features to be banned.

Semi-automatic shotguns would also be banned based on the new one-feature test.

Beyond the firearms themselves, this proposal also seeks to outlaw countless magazines, including those that are commonly sold with any number of rifles, handguns, and shotguns.  At this point, proponents of Oregon Initiative Petition 43 have drawn the line at magazines capable of handling more than 10 rounds, but similar proposal throughout the country have ranged widely in their limits.  At least one restriction “allows” only five rounds.  In the end, anti-gun extremists will always seek to impose whatever magazine limitations they feel they can achieve.  Today, in Oregon, that limit is ten rounds.

Should this proposal become law, and a law-abiding citizen who possesses one of these newly restricted items wishes to remain law-abiding, he or she will be required to either surrender it within 120 days, or register it and commit to storing it according to Oregon’s “safe storage” requirements.  Anyone who moves into Oregon with an affected item (magazine or firearm) would be required to dispose of it.

Ultimately, whether it is one or two cosmetic features, or whether it is magazines that can accommodate five rounds, ten rounds, or 20, promoting the banning of firearms and their accessories based solely on randomly determined features or ammunition capacities is nothing more that appealing to the emotional response of those who simply do not like firearms, do not understand them, and would like to ban all firearms.

In perhaps the most candid article describing the federal “assault weapon” ban, anti-gun columnist Charles Krauthammer wrote, “Passing a law like the assault weapons ban is a symbolic -- purely symbolic -- move in that direction. Its only real justification is not to reduce crime but to desensitize the public to the regulation of weapons in preparation for their ultimate confiscation.” This is the goal of Oregon’s Initiative Petition 43.

The Privilege of Misconstruing Data