The Privilege of Misconstruing Data

Earlier this month, the head of Moms Demand Action for Gun Sense in America (Shannon Watts, not benefactor Michael Bloomberg) brutally dismissed an op-ed in the New York Times by Bethany Mandel as an anecdote of fear and paranoia.

The anecdote? As a young girl, a home intruder climbing through her bedroom window threatened Mandel. Her mother used a firearm to defend her. More recently, Mandel routinely received death threats for her political commentary and was doxxed by neo-Nazis – which led her to obtain a firearms permit in her home state of New Jersey. In other words, Ms. Mandel was literally saved by a firearm as a child and obtained a firearms permit to protect herself and her own child after neo-Nazis published her home address. Ms. Watts chalked Ms. Mandel’s efforts to protect herself from the very real threats as privilege: 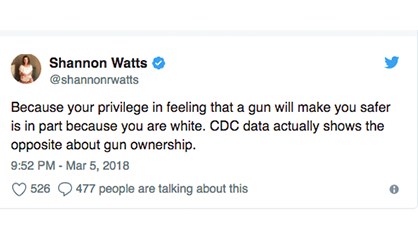 Watts seems to be referencing CDC data from a 1993 study led by Arthur Kellerman that concludes, “Rather than confer protection, guns kept in the home are associated with an increase in the risk of homicide by a family member or intimate acquaintance.”

This study focused on different time periods in three counties in three different states, none of which is as diverse as the country itself. Researchers canvassed the neighborhoods of murder victims in these counties to find someone who roughly matched the victim’s demographic profile (age, sex, and race) to use as a control and interviewed relatives of the actual murder victims.

Methodological concerns include biases, ignorance of relatives’ criminal behavior, coverage issues, and even the possibility that canvassers may have avoided going to certain houses if they felt uneasy or frightened. Often overlooked is the finding is that renting and living alone provide the second highest odds of being murdered (illicit drug use is first).

But Ms. Watts happily throws a false claim of CDC data at a woman who wants only to protect her child from a very real threat. If Ms. Watts really wanted to use the Kellerman study to guide Ms. Mandel’s choices regarding her safety, she should urge Mandel to neither rent nor live alone – both of which are, according to the flawed Kellerman study that Watts relies upon, substantially more dangerous than keeping a firearm in the home.

Louisiana: Multiple Gun Bills to be Considered on Monday 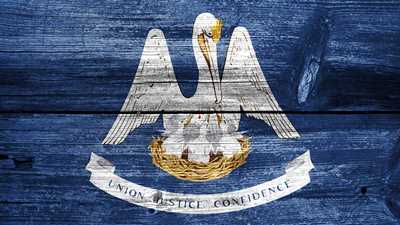