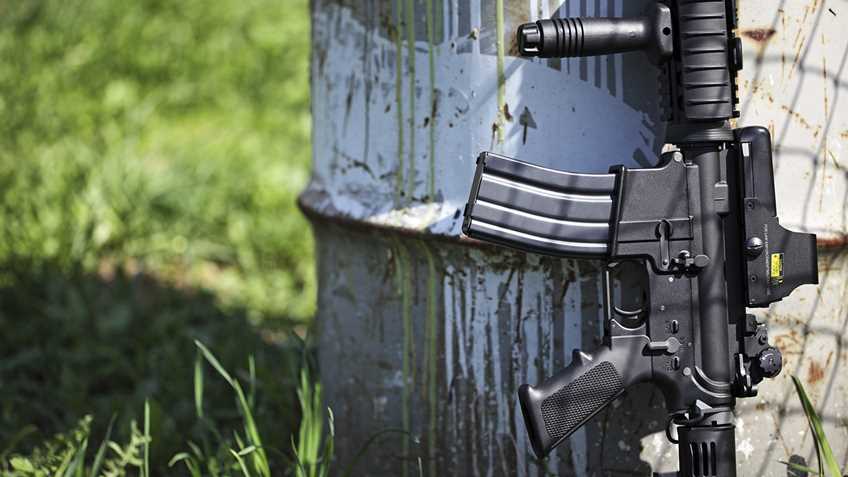 Next week, the Senate Law & Justice Committee is scheduled to consider and vote on several anti-gun bills, including Substitute SB 5444 to create a back-door registry and 10 day waiting period on commonly owned semi-automatic firearms.  Please contact members of the Senate Law & Justice Committee and urge them to oppose these gun control bills when they come up for a vote!  Click the “Take Action" button below to contact committee members.

Substitute Senate Bill 5444, sponsored by Senator David Frockt (D-46), is a stepping stone to a larger prohibition.  As drafted, anyone under the age of 21 would be virtually unable to possess commonly owned semi-automatic rifles.  This legislation attempts to brand these firearms as “assault weapons” to drum up unfounded fear of their ownership.  The proposed substitute would treat these so-called "assault weapons" like handguns under state law, which require a waiting period of either 10 days or until all federal and state background checks have been completed.  Individuals would be required to complete the same purchase application as for handguns.  The Washington Department of Licensing would be granted permission to store this information under SB 5444, creating a back-door registry. Scheduled for a committee vote on Thursday, February 1st at 10:00am.

Substitute Senate Bill 5441, sponsored by Senator Patty Kuderer (D-48), would impose a 6-month firearm prohibition for any person who has been released from a 72-hour mental health evaluation.  Current law allows a person to be held for a limited time in order for a mental health professional to determine if the individual, based on allegations of a mental health or substance abuse disorder, is in need of treatment or further commitment.  At the end of the evaluation, individuals that are not in need of treatment are released.  SB 5441 would nonetheless apply a blanket prohibition of firearm possession to all released individuals, and requires the immediate surrender of all firearms and any concealed pistol license to law enforcement.  This legislation removes a constitutional right without any mental health adjudication or judicial determination, and without any due process of law.  Scheduled for a committee vote on Thursday, February 1st at 10:00am.

Senate Bill 6298, sponsored by Senator Manka Dhingra (D-45), would expand the list of domestic violence offenses that prohibit firearm possession to also include “Harrassment.”  Domestic violence is a serious issue and those convicted of violent offenses should be addressed accordingly.  However, the definition of harassment under Washington state law is so broadly defined that it includes 37 other crimes, many of which involve no form of actual contact or threat of harm to a person.  Under this legislation, even the offenses of graffiti and trespass fall within this umbrella category that could result in a firearm prohibition.  Imposing an automatic, blanket ban on constitutional rights for these wildly varying offenses is excessive and unwarranted.  Scheduled for a committee vote on Tuesday, January 30th at 10:00am.

Senate Bill 6415, sponsored by Senator Sam Hunt (D-22), would require individuals to ask for express consent to conceal carry a firearm at the residence of another person.  Failure to obtain permission prior to entering the property would result in a misdemeanor crime.  Individuals convicted of this new offense would be required to surrender their concealed pistol license, and would be prohibited from obtaining a CPL for five years.  This vaguely drafted legislation targets Washington’s law abiding CPL holders, and as drafted, could even make it a crime for law enforcement to enter one’s property without first requesting permission to carry their firearm.  This bill is scheduled for a public hearing in the Senate Law & Justice Committee at 10:00am on Tuesday, January 30th, and a committee vote on Thursday, February 1st at 10:00am.

Also moving in Washington is Senate Bill 5992, passed by a Senate vote of 29-20.  Sponsored by Senator Kevin Van de Wege (D-24), SB 5992 was originally introduced as a trigger modification device ban with broad, overreaching language that would have criminalized modifications commonly made to firearms by law-abiding citizens.  Instead, the legislation was amended on the floor Thursday night to narrow down the definition of the ban to apply only to bump-fire stock attachments.  This bill will now head to the House where it will be assigned to committee for further consideration.

Again, please use the “Take Action” button above to contact members of the Senate Law & Justice Committee and urge them to oppose this anti-gun legislation!  In addition, please stay tuned to your email inbox for further updates on legislation impacting your Second Amendment rights in the Evergreen State.

“Strict Scrutiny” Amendments: Iron Plating for the Right to Keep and Bear Arms 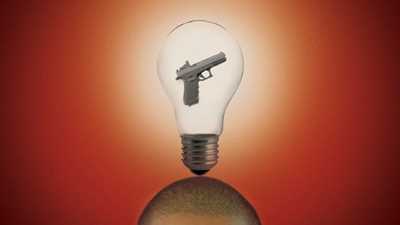