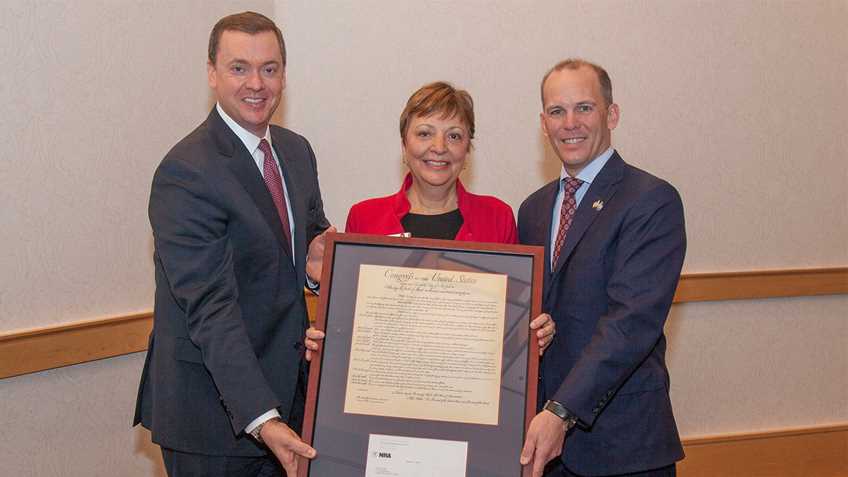 NRA-ILA Executive Director Chris W. Cox presented Wright with the Jay M. Littlefield Memorial NRA-ILA Volunteer of the Year Award at the NRA’s January 2018 board meeting.  The award recognizes an individual NRA member for her meritorious defense of the Second Amendment.

Wright spearheaded various successful grassroots events and was instrumental in organizing door-to-door efforts in her area on behalf of NRA-PVF-endorsed candidates.  Wright consistently volunteers to work NRA-ILA tables at events, and could always be counted on as a reliable and effective representative of the NRA. She continues to recruit new people into NRA’s grassroots programs, and is a steadfast volunteer year-round.

“Cathy Wright is a true grassroots champion for the state in all areas of activism, and is very deserving of this award,” added Caroline. 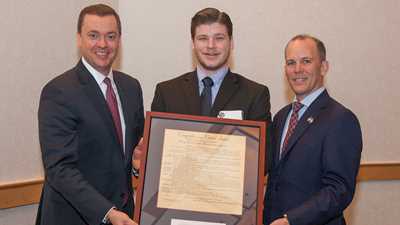